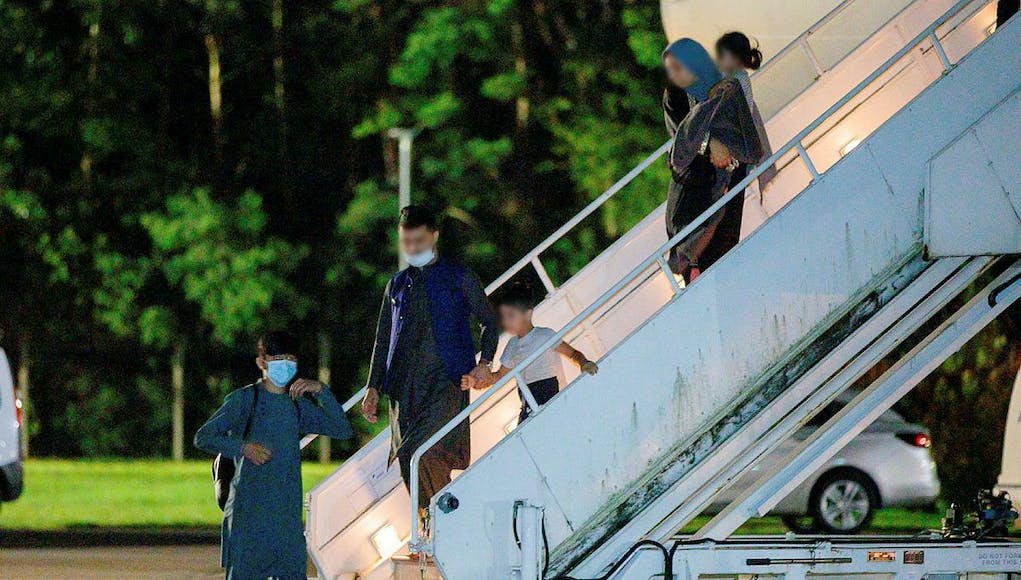 Britain has evacuated over 300 British citizens and 2,000 Afghans.

In the long term, some 20,000 Afghans are to be welcomed into the UK over the coming years as part of a scheme to provide sanctuary for those most at risk of persecution by the Taliban and for those that helped British troops.

The government has promised that up to 5,000 Afghans can find refuge in the UK this year, with up to 20,000 in the longer term.

Yesterday we reported that a further 200 British troops will be sent to Afghanistan bringing the total to 900. 600 were initially deployed and 100 were already in the country.

The United Kingdom has so far evacuated more than 300 British nationals and over 2,000 Afghan citizens, Prime Minister Boris Johnson told the Parliament on Wednesday. Johnson made the remarks during his address to the Parliament which has been recalled to discuss the crisis situation in Afghanistan.

“We have so far secured the safe return of 306 UK nationals and 2,052 Afghan nationals as part of our resettlement programme,” news agency AFP quoted the British PM as saying on Wednesday. He also said that the applications of 2,000 more Afghan nationals have been completed and “many more” were being processed.

Afghan civilians and entitled Afghan personnel have arrived in the UK from Afghanistan onboard a Voyager transport aircraft. The UK evacuation effort is now focussed on former British staff eligible for relocation under the Afghan Relocation and Assistance Policy. pic.twitter.com/VatLYb9FYn

“I can announce today that we are committing to relocating another 5,000 Afghans this year, with a new and bespoke resettlement scheme focusing on the most vulnerable, particularly women and children, and we will keep this under review for future years, with the potential of accommodating up to 20,000 over the long-term”, Johnson added.

The night before last, the first flight of evacuated personnel landed at RAF Brize Norton in the UK from Kabul. The flight consisted of British Embassy staff and British citizens, say the Ministry of Defence.

As part of Operation PITTING, the UK Armed Forces are enabling the evacuation of British personnel from Afghanistan.

“On Sunday 16th August the first flight of evacuated personnel arrived at RAF Brize Norton in the UK. The flight constituted of British Embassy staff and British Nationals.
British forces from 16 Air Assault Brigade arrived in the Afghan capital over the weekend on Op PITTING to support the evacuation of British Nationals and former British staff eligible for relocation under the Afghan Relocation and Assistance Policy (ARAP).” 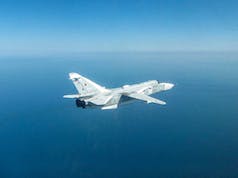 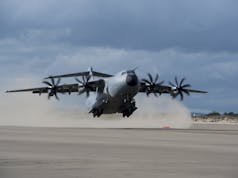 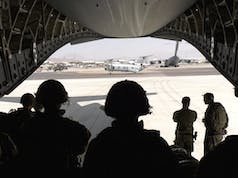 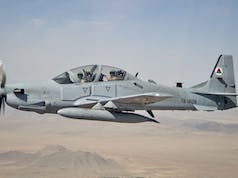 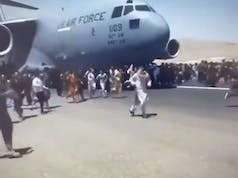 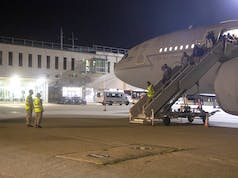 If this disaster has proved only one thing it’s that we have the most capable armed forces in europe. The EU states are relying on the hated UK to rescue their citizens. In NATO second only to the US.

I would add to that it’s clear that we need to be able to do more without allies, or just surrender our foreign policy decisions to the USA.

I’d love for us to be able to do that but I don’t think it’s possible without allies. But your right about US it’s been an increasing trend since Bush junior for the US political class to dismiss any opinion that doesn’t match their own. I’d exclude the US military from that. I think they do value the opinions and efforts off others. But in all states it’s the politicians who are truly in charge. What we need are different allies not no allies.

Or find allies more dependable than our european ones… CANZUK perhaps?
Or expand NATO to include Pacific democracies as well?

I have not read anything about that, where can i find the articles ? Thanks

The response by Merkel has been a disgrace. It’s not the German military’s fault it her’s for not funding them. They aren’t even capable of sending more than a few transports and a few companies of soldiers. But I guess that’s what the German people want because they seem to keep electing her time and time again.

The Germany Air Force has just had to send a further two A400s, One broke down in Uzbekistan so they’ve had to send a replacement for the airlift and one to rescue the broken one.

its why Trump kicked her in the balls and threatened to pull out of Germany. wonder how come its ok for Biden to defend one country and not another.

I don’t disagree with your first point, but I believe that France and Germany at least have sent airlifters and troops to support the evacuation of their citizens. I’m not sure whether it has been sufficient, but the size of the response is surely dependent upon the number of EU citizens in-country; it may be that they have enough resources availabel to get the (presumably) smaller number of people out?
I think it’s also worth noting that our 900 Paras are most definitely dependent upon their 6000 American allies for ensuring the security of that airport to keep flights moving.

Where do you get that the EU hates the UK? The EU has been pretty fair with us, it’s our government that keeps rejecting all the offers around compromises etc. All brexit problems have been blamed on the EU and yet most of them have nothing to do with them. Prior to brexit we were considered strong European allies especially when it came to the miltiary and I suspect still are.

I would suggest listening to Tom Tugendhats speech in the commons. It says it all.

Something Different
Reply to  Jonathan

Maybe these idiots should have learned from the other time we intervened in 1839.

I keep seeing this comparison made but I’m not sure it’s really legit – in 1839 (and the Soviets later on) we tried to conquer Afghanistan. In the present case we went in to get al-qaida, following 9/11. Far from being an act of conquest, a large percentage of the Afghan population at the present time do not want us to leave. Conquered populations aren’t usually of that disposition. Also one of the main reasons the Soviets lost was because the Mujahideen were being supplied with weapons and other help by the West; our whole policy at that time was… Read more »

Rather overplayed. After the Elphinstone disaster, the British never trusted the Afghans. This was reinforced by the murder of the British envoy and his Sikh bodyguards in 1879. Sir William Roberts (Kipling’s ‘Our Bob’s’) follow up campaign was successful – as much as anyone could be – and he became Lord Roberts of Kandahar as result. But the British withdrew to India. Thereafter the British played the Great Game right through to the 1930s, with some epic contributions from Indian (all denominations) and bought Afghans. “You can buy anyone around the world, but you only rent an Afghan”. The policy… Read more »

I have no problem with the Uk taking in Afghans, but I would limit it to Women and children and no males.

What about all those individual who have worked with NATO and the U.K, believing in a trusted ally. Its difficult and there is balance in everything, but what you are saying is we will save your children and then leave you to die a horrible death because you believed we were allies you could trust. Who do you think the children will grow up Hating most, probably the friend that betrayed and caused the death of their dads. The reality is this is the biggest failure in western geopolitical policy in my lifetime, it will likely have a catastrophic impact… Read more »

I) The Uk employed 7000 local civilians we have taken in 2200 Interpreters and their families and have said we will take in another 3000 and their families. That adds up to around 20K at the least 2) We have said that the Uk will take in another 20K the reason I said women and children is for the past 20 years or so , the vast majority of asylum claimants have been men and young men at that. Women and children are the most vulnerable, young men are not 3) lets be honest the vast majority of Muslims do… Read more »

Hmmm I don’t think I will take one person’s anecdotal evidence as proof that every Muslim hates us behind our backs. Maybe your family does, and I’m sure there are others. But that doesn’t mean the majority do.

Funny how thou for 1000s of years there has been conflict and civil wars in these countries.
Iran it is taught in the school to hate the British. only takes 1 to get thru the system and kill.

Ie a lone idiot given a Shotgun with mental illness Because the police are scared of being sued. Murders 5 including a child, everyone has become scared of offending people by Policing

I dont think there is a way for us to accept part families. What I’ve found interesting is the western medias standard selective reporting in the whole issue. If you look at other countries newspapers you will notice a stark contrast in how the Kabul situation is being reported

I AM SORRY, but if these young men were scared for the future wouldn’t you stand and fight, and not run away from a token force. what do they bring to a country? more freeloaders

Really difficult balancing act between helping groups like the interpreters and not lowering the threshold too much so anyone and everyone who’s had any sort of association with the ISAF forces becomes eligible.

Sad fact is the easier we make it to move to The UK inevitably the more people are going to try, depending on to what extent The Taliban allow people to leave the country of course.

More laws on restriction on speech inbound, no doubt. Shame they can’t resettle our own citizens as fast they do to non british citizens.

Trump closed most immigration from the Arab world when he was in office. The media called him a racist, ect. Now Biden has reversed all those restrictions so the flood gates are once again open. America is a downward spiral. Ugh

What i do find very Shocking that all these Women campaigning for Women’s Rights in Afghanistan.

Are doing so from many different countries even thou Afghan has been a safe country for the past 20 years.

Why didnt you go home to fight for your sisters.

maybe the USA should have trained the women to fight as they have bigger balls and wouldnt have runaway from a bloke with a knife and a flag. 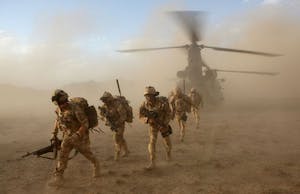 August 13, 2021
600 British military personnel will deploy to Afghanistan on a short term basis to assist British nationals to leave.