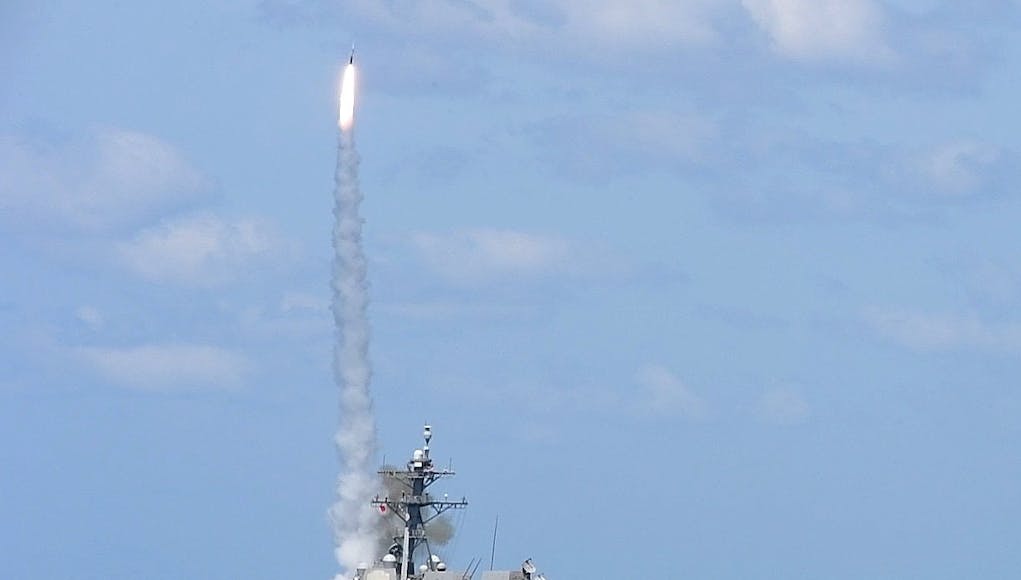 During the exercise, the ships successfully executed a variety of scenarios simulating a complex environment, including the shoot-down of advanced high-speed targets.

“Beginning our deployment to the 6th Fleet area of responsibility with this complex exercise demonstrates that our weapons systems work, our Sailors know how to employ them, and most significantly, that our strike group is ready to take on any missions we are called upon to perform,” said Rear Adm. Gene Black, HSTCSG commander.

The techniques and weapons systems tested during this evolution represent HSTCSG’s capability to protect itself against a wide variety of modern air and missile threats.

Strike group ships conducted a number of drills and rehearsals prior to this event, including an integrated live-fire exercise during the strike group’s Group Sail in November. Each time, learning points were debriefed and lessons were incorporated to ensure the Combat Operations team was building expertise.

“Our surface ships face many threats, and our ability to provide combat power requires us to operate our weapons systems proficiently and promptly,” continued Black. “Each ship in our strike group brings formidable capabilities as a standalone combat force — but by integrating these assets as a carrier strike group, our power projection capability is unmatched.”

The Carrier Strike Group deployed April 11th and is reportedly heading towards the Middle East. Additionally, the vessels will work alongside allied and partner maritime forces, focusing on theatre security cooperation efforts, ‘which help to further regional stability’ say the US Navy. 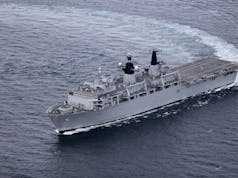 Let’s hope the strike group will include additional ships from the UK and NATO partners to deter any direct military aggression from taking place.

It appears that the Internet could be the next area of interest for potential retaliation?
http://www.bbc.co.uk/news/technology-43788338

Did anyone else have trouble this evening accessing the site?

I thought the Russian Trolls had hacked it!

Yep, from about 1800 onwards – could be fault or DDoS on site
If the first – these things happen
If the second – smiling and waving, happy in the knowledge that a few chaps musing about military matters now have the attention of those who wish to block us ??
Ah, the freedom of speech

I did too, I checked from laptop and mobile and got the blank page!!!

It’s good to be back.

Yep, I couldn’t get on for a couple of hours.
We are at war, most just don’t realise it yet. We are rapidly heading towards a flashpoint. It will start with a major cyber attack, we will retaliate and it will escalate from there.

It looks as if Cold War 3 is under way. We must copy the US’s sanctions recently enacted on Russia. Europe must stop using Russia’s gas and oil. Boot Russia out of the Security Council. Severe their links to the Internet.

Hi T.S
DDOS sites looked quite clear, most activity not within U.K.
Other blogs looked clear

All – make sure you see the padlock or the https url.
Use VPN, CyberGhost is good, Bitdefender for holistic coverage.
Keep blogging, keep smiling and keep having your say (including you Peder, Pierre LM et al).

TH – nice letter, as a drain of HMG finances I don’t think it is Defence you should be aiming all your energy at, keep the party membership fees up though, every penny helps. 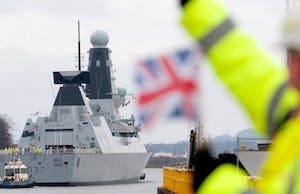 June 10, 2021
A Minister has outlined why Royal Navy warships must, by virtue of national security, be built in the United Kingdom.