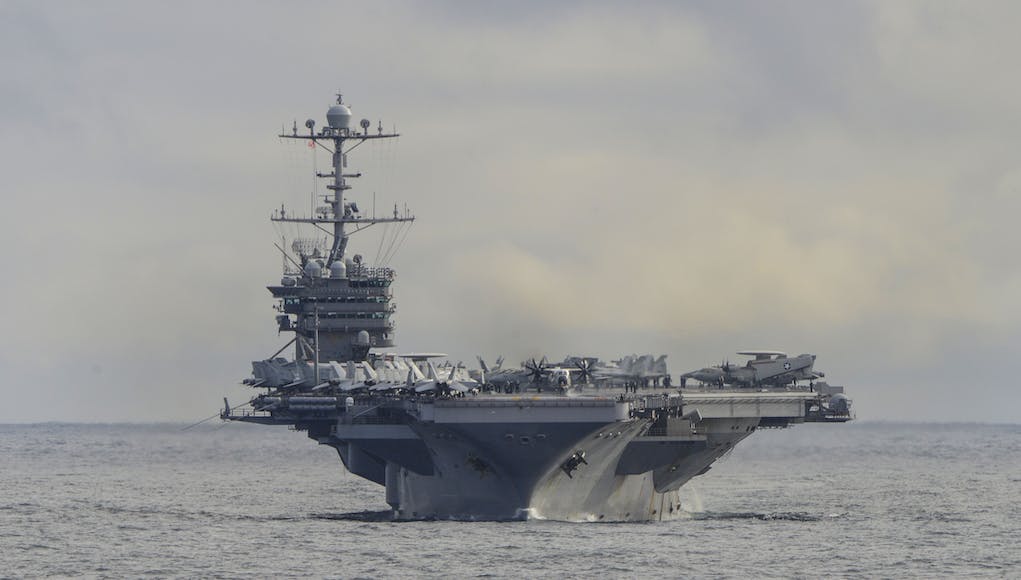 A prototype drain strainer orifice assembly will be installed on USS Harry S. Truman for a one-year test and evaluation trial, say the US Navy.

While the US Navy has been using additive manufacturing technology for several years, the use of it for metal parts for naval systems is a newer concept.

“This install marks a significant advancement in the Navy’s ability to make parts on demand and combine NAVSEA’s strategic goal of on-time delivery of ships and submarines while maintaining a culture of affordability,” said Rear Adm. Lorin Selby, NAVSEA chief engineer and deputy commander for ship design, integration, and naval engineering.

“By targeting CVN-75 [USS Harry S. Truman], this allows us to get test results faster, so—if successful—we can identify additional uses of additive manufacturing for the fleet.”

The test articles passed functional and environmental testing, which included material, welding, shock, vibration, hydrostatic and operational steam, and will continue to be evaluated while installed within a low temperature and low pressure saturated steam system. After the test and evaluation period, the prototype assembly will be removed for analysis and inspection.

Additive Manufacturing is a term used to describe the technologies that build 3D objects by adding layer-upon-layer of material.

A lot of people don’t realise how big a deal 3D printing is already and soon will become. It’s going to transform warfare JUST as much as drones and A.I.

Absolutely. They can store far fewer spare parts as they just need the metal materials and can simply print their own on demand. Also if something unforeseen goes wrong then ship designers back in the home nation can design a solution and the crew can print the parts and make the fix. It really is amazing. They are already doing this in Formula 1…

So similar to having the metal stock on board and using hand tools, a lathe and milling machine to make them yourself as old school Artificers such as myself used to do.
It just means that nowadays the maintainers need to know less , are cheaper to train and end up with even less hands on and diagnostic skills than they do now.

Sort of. However less waste and potentially more accurate parts.

Sorry guys don’t know where the caps lock is !

A very good example was shown during Southampton University’s Open Day. The have a number of large 3D printers such as additive layering and resin printers. But one in particular caught my attention which was is a metal powder printer. This uses a laser to fuse the powder together much like sintering but with a better bond as the powder is melted together. This printer can use aluminium, stainless Steal and Titanium. Some of the examples the did were car turbines, roller bearings and races and a geodesic built wing. The printed bodies can take a threat and are weldable,… Read more »

UK isn’t being left behind not 3D printing but another technology could transform the shipbuilding is electron beam welding. Cammel Liard are looking to lead the way.

On 3d printing BAe have been using it for aircraft parts for a few years now. Problem is strength it can’t compete against forged part for instance. But many of the earlier challenges are being over come.