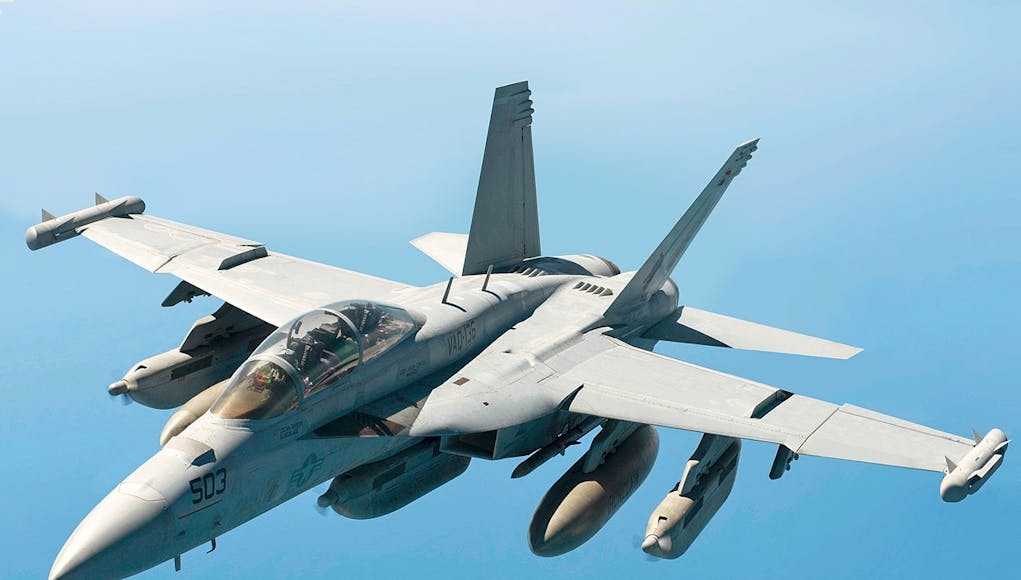 The test proved the ability of F/A-18 Super Hornet and EA-18G Growler pilots to remotely control other aircraft from their own cockpit.

“This demonstration allows Boeing and the Navy the opportunity to analyze the data collected and decide where to make investments in future technologies,” said Tom Brandt, Boeing Manned-UnManned Teaming demonstration lead.

“It could provide synergy with other U.S. Navy unmanned systems in development across the spectrum and in other services.”

Over the course of four flights, 21 demonstration missions were completed say Boeing.

“This technology allows the Navy to extend the reach of sensors while keeping manned aircraft out of harm’s way,” Brandt said in a Boeing news release.

“It’s a force multiplier that enables a single aircrew to control multiple aircraft without greatly increasing workload. It has the potential to increase survivability as well as situational awareness.”

Adding the two innovative flow control technologies from Magma on to Taranis would give us a truly world-class UAV.

No doubt this tec will be included in the future development of Tempest.

Yes agree, However, it would also need a 2D exhaust. This would definitely help its yaw and pitch control, leaving roll to the forced air. Something similar to the Raptors exhaust would be a good place to start.

In your opinion, would it not be better if it was able to direct it’s thrust in all directions, (pitch,yaw and roll) 3D thrust vectoring?

This might help with future take-off and landing on the QE carriers.

When I saw this on the front page I wondered why it had a picture of an F18…..

I assume this is just to test the tech. We need UAVs at 5 or 6 figure sums not old kit at 7 or 8 figure sums.

Watcherzero
Reply to  Mark B

Yeah its just about validating communications and having remote controls inside a fighter. Its not really practical to use them in this way during actual combat.

Having radio control shouldn’t be all that hard I assume the real problem is keeping the connection secure so that it can’t be used against you?

Also rapidly modulate it across several frequencies making it harder to lock on to.

Hope for the best but prepare for the worse. UAVs are great until someone hacks them & turns them against you.