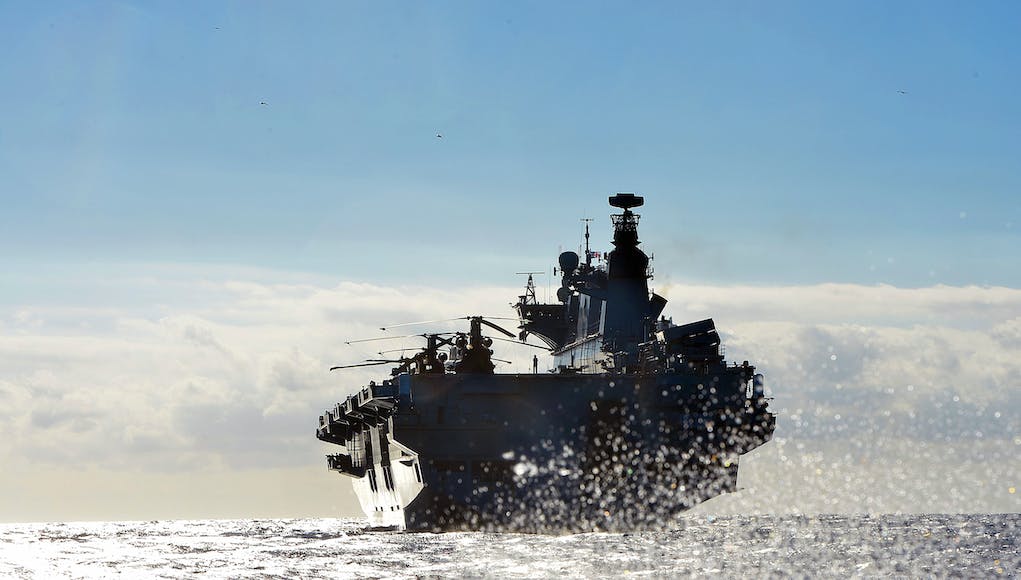 The news of the sale of HMS Ocean to Brazil has caused commentators to look at why Brazil wants the vessel while at the same time decommissioning their only aircraft carrier.

Brazil decided not to go about modernisation of its aircraft carrier São Paulo and has instead opted for decommissioning this old, but majestic French built aircraft carrier. this aircraft carrier was purchased from France in the year 2000, from the French naval shipbuilding group DCNS.  However, the carrier is not without its limitations and has a history of serviceability issues which means it cannot function more than 3 months without need for maintenance and repairs, partly due to the age and also the design of the ship.

Recently, the modernisation costs were seen as excessive by the Brazilian admiralty. The modernisation plans for the São Paulo would have included the replacement of the propulsion, catapults and also its combat system which would have cost in excess of 1 billion Brazilian Reals or approximately $324 million dollars. Therefore it makes more economic sense for the Brazilian admiralty to buy the flagship of the Royal Navy for £84 million. In other words, it is more cost effective to buy a ship which is already sea worthy, which was built in the 1990s, than modernising an older ship, which would need more refitting, and cost more money.

One must also look at the history of the Brazilian aircraft carrier Sao Paulo, to bring some context to the current procurement. It is a Clemenceau-class aircraft carrier originally commissioned by the French Navy in 1963 as the carrier Foch, and was subsequently transferred to the Brazilian Navy in the year 2000. It has a displacement of 32,800 tons, and is 265 meters long, with a crew of nearly 2,000 sailors. It can accommodate 39 aircraft, and its current capabilities include 22 jets and 17 helicopters. The Brazilian Navy already purchased A-4 Skyhawk Fighter planes from Kuwait for service on board the São Paulo.

During the years of 2005 – 2010 it underwent significant modernisation which included the repair of its steam turbines, refitting of its boilers, installation of water cooling units, and the refit of the aircraft catapults to name a few upgrades. However, the São Paulo was scheduled to re-join the Brazilian navy in late 2013, but suffered from a fire in 2012. From 2016 on wards it underwent repairs, and there were also reports of problems with the carrier’s catapult mechanism. Therefore on the 14th of February 2017, the Brazilian Navy announced the decision that the São Paulo would be demobilised, and decommissioned due to the uneconomical cost of repairs.

According to Airforces Monthly hardly any of the Brazilian A4s are airworthy – they’re struggling with budget problems.

Why are they buying HMS Ocean? because she is a bargain. For £80 million they are getting a fully fitted and equipped helicopter landing platform. Courtesy of you and me (uk taxpayers) who forked out £65 million to refit her supposedly to help retain her until 2023-2024 timeframe. Instead we are selling her off. Brazil have done very well out of our governments incompetence and defence capabilities being scrapped. Utter stupidity. Sell her off in 2023 when a purpose built lphd is ready to replace her. the moment Ocean leaves we will be saying as a nation, wish we had… Read more »

While I completely agree that the carrier are not suitable as a replacement, and that a LPH is need in the long run. We have more then made are money back on ocean. Considering we just sold an actual carrier for three million, 80 million is a pretty good deal. As not only those it cover the cost of the refit, but also a bit more. Also the now three crew may be able to save the LPD.

Offset by the reportedly £80m we give to Brazil in aid, if true.

Didn’t know that. Thank you.

the deal for ocean should include the return of the two type 22’s they operate(broadsword and brilliant). both ships have had recent refits and upgrades.a return to the R.N would be welcomed at the admiralty

Surely the value of keeping Ocean in service for a few more years until Queen Elizabeth has an operational air wing would be obvious.

I don’t see it that way at all, Mr. Bell. Ocean was built to commercial standards for the cost of a frigate. It was not projected to have the service life of an assault ship built to military specifications. It is slow and unable to provide intrinsic fixed wing cover for its helicopters. Using our new large carriers to more rapidly deploy to trouble spots where they can launch large numbers of helicopters under an umbrella of air superiority seems eminently sensible. We are not compromising the carrier strike mission by including assault helicopters in the aircraft compliment. The new… Read more »

r.f.a argus could easily be converted by removal of the super strutures and a full deck fitted

Brazil is buying HMS Ocean because they want a ‘carrier’ and Sao Paul has become an unaffordable embarassment. The ship itself is unserviceable and so are the aircraft which fly off it. They are cutting their cloth according to their means. We are doing the same in selling Ocean. POW with inshore help where needed can do what Ocean can do but Ocean cannot do what POW can do as a fixed wing carrier. And the RN can only afford to crew 2 flat tops. Ocean and Illustrious are history. QE class is the future.

the q.e could never be fitted with a dock. a converted bay class with a full deck could do oceans job.

Because she is available.
Because they need a carrier.
They cannot afford a modern purpose built carrier.
The UK is one of the few nations which can.
And still people moan.
But I’m not one of them.
Moving on!

Exactly! Let’s move on. QE class in a winner. We should be offering licence build to any nation to whom the US will sell F-36B: South Korea, Japan, Australia.

Well said, half the people moan here. The RN are getting two massive new carriers and Ocean looked clapped out when in was on her for a public tour in 2005.

Remarkable! Its in fact amazing article, I have got much clear idea about from this piece of writing.

HMS Hermes entered service two years after the carrier Foch had been laid down. She is now becoming a floating hotel (the Indian Navy also struggled to keep enough Harriers in service, flying off her decks to “the very end”). – so the only surprise with Sao Paulo (Foch) is that Brazil has been trying to keep her going for this long If their navy does not have the fighters to fly off a carrier, they do have the pay load that HMS Ocean (to be named …what?) can fire off, namely a big force of Marines: Size‎: ‎60,000 personnel… Read more »

Review of women in close combat roles: An analysis

The Type 31 Frigate: A Critical Analysis