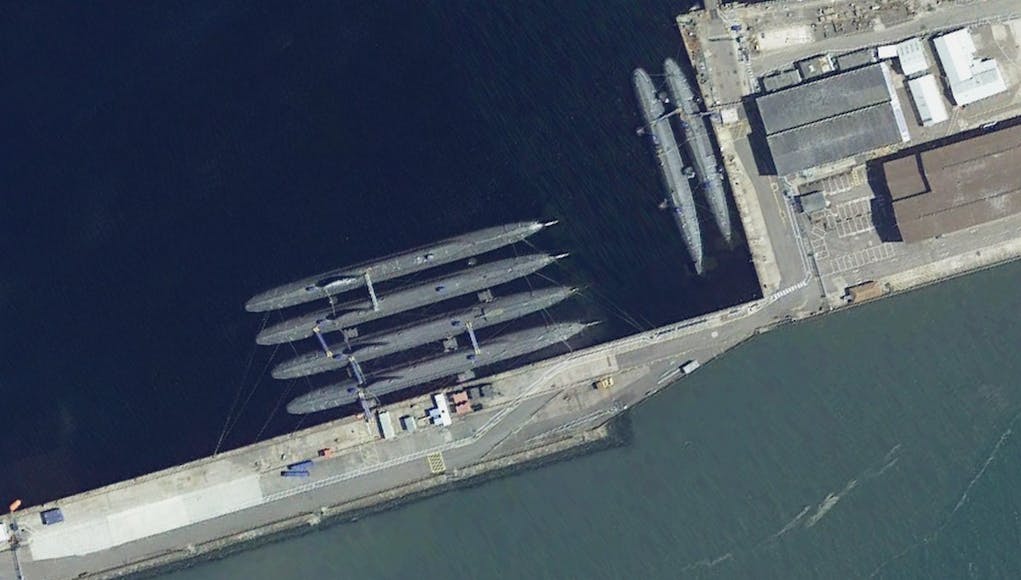 The Public Accounts Committee has today published a report on Submarine Defueling and Dismantling.

The project has moved at a glacial pace and the 15-year delay has led to extortionate storage and maintenance costs which are now costing the taxpayer £30 million per year. The MoD is also looking increasingly likely to find itself without any further storage space by the mid-2020s.

The report also states that the MoD is rapidly approaching crisis point and simply cannot afford any further delays, particularly as much of the money currently being spent on the project is not going directly towards either defueling or dismantling.

“It is clear that the commitment to dismantle its first submarine – Swiftsure – by 2023 will not be met and will likely be completed three years after the target date. The scale of the task faced by the Department appears even more challenging given the defence affordability ‘black hole’ which totals at least £7 billion.”

According to report, there are three main issues:

The UK retired its 20 legacy submarines in 1980 and the Ministry of Defence’s progress in disposing of these submarines has been a serious disappointment, warns the report.

“While it has taken the Department 16 years to devise a workable dismantling strategy, it is encouraging to see that progress is now being made and there is finally some momentum behind the project. However, while there is now an agreed policy, we remain sceptical that the ambitious timetable will be met, particularly given how many times this project has been delayed or deprioritised over the years.”

“Yet again, the Government has failed to see the bigger picture. In an attempt to save money in the short term by delaying the defueling and dismantling of retired nuclear submarines, the MoD is now spending £30 million a year of taxpayers’ money on storage and maintenance. The MoD has spent £500 million since 1980 on such storage and maintenance. This is simply unacceptable.

Whilst some progress has been made recently with submarine disposals, the MoD cannot afford to fall any further behind. The Public Accounts Committee has set out a series of milestones for the MoD to ensure that it keeps on track to establish submarine disposal as a routine part of its business.”

To sustain momentum behind this work, the report argues that the MoD must provide certainty over longer-term funding as soon as possible. It should do this by:

The report also recommends that given the importance to the UK of developing a broad pool of skilled engineering talent, the Department and Babcock should set out by December 2019 its strategy for exploiting opportunities across disposal projects, such as working with universities, with the aim of increasing the size of the skilled workforce.

Why’s is so hard to break up old nuclear submarines! Get rid of the reactor and and nuclear material or cut it out and send it to be cleaned or put in nuclear storage and then break the submarines up one by one ( I know it’s not that simple).
I wish we could keep more submarines as museums, a vanguard would be nice in future next to HMS Belfast that would bring in the tourists.

There is a French SSBN in Cherbourg. I think that is an excellent idea.

This issue is just a case of endless administrations pushing an issue to the right for someone else to sort out.

Just Imagine a vanguard class submarine on the Thames as a museum, that would be amazing, I wish I could start a go fund it page, but I would prefer Hms Hermes to come back home it’s going cheap it’s a scandal the country that invented carriers doesn’t have one as a museum…….

It’s called ‘kicking the can’ (our gov’t are very good at it) Why spoil it by actually DOING something!

The Courageous in Devonport is a Museum sub.

Be nice to have her namesake next to her though

I would love to visit that one day, is that the submarine that sank the argentine cruiser, or that type?

That was Conqurer mate. Yes.

Jobs for the boys for fifty years,at least it is keeping Babcocks share price from dropping like a stone.

Sounds rather predictable, all we hear in Public life generally is how lessons must be learned while making no real attempt to learn them at all outside of long buried papers and reports. And in the process no one even seems to know who is actually positioned to do anything about it anyway, which leads to the whole affair becoming a continuous talking shop amongst the mostly powerless at various and numerous levels. Which itself must cost a fortune for little to no discernable value. Modern Britain looks an awful lot like historical Britain.

No accountability. No responsibility. Short term gain. Not my problem. Moving on to my fat retirement pension?

I’m curious about the lack of storage space by mid 2020’s comment. How so?

Looking at the photo above which I presume is Rosyth there is room for several more placed next to existing.

Devonport also has nuclear work and Faslane operates them.

Or am I looking at it too literally and the comment is more along the lines of the support required to maintain and secure them? If so why not just say so.

Ah. As I said I’m possibly thinking too literally here.

Think you’re literal thinking was right. Sellafield is huge, Devonport less so. The subs have to go to Devonport to be defuelled since the Tories decided to removing refits/refueling from Rosyth in the early 90s, for entirely political reasons. Once defuelled Devonport is the logical place to leave them, otherwise you have the tricky job of towing one, which isn’t the easiest I can imagine. Problem is if you look at Devonport the basin they currently store subs in is looking pretty full (when you consider have to have space maneuver them with tugs’). But they don’t have any other… Read more »

Photo is Rosyth.
I was under the impression they didn’t want to store decommissioned boats at Clyde because of the risk to the actives if something went “wrong”. Which to be fair makes sense. Looking at overheads of Devonport they can probably squeeze 6-7 more in before it looks like a submarine burial ground.

Why not Portsmouth? it has plenty of room.

Marc I suspect they want fill all the gaps they have before locking down another basin and also bit risky with the QEs being based there.

Ok a,m I reading this article right we are paying 30 million a year to keep 20 submarines in a reasonable condition. If so i have no problems with this, as if god forbid in the future we need a bigger navy, as we at war again . Then that is a good investment. And yes I know all the toys will be out of date. But it would be quicker to re equip then rebuild. Also if this is so. I hope we keep some old destroyers, as I would have no problems paying that to keep 10 of… Read more »

The stored boats cannot be refuelled. They are at the end of their life.

I believe the submarines in Rosyth are all defuelled. The reactors are still in place. They are classified as low level nuclear waste and can’t be removed until a storage site is identified and approved. Moving in boats with fuel rods would not be acceptable for several reasons.

In Devonport, boats still have fuel. Work to remove the fuel was stopped because facilities did not comply with national safety requirements.

I thought it was only Dreadnought, Valient, Warsprite and the R’s that had been defuelled and the C boats onwards still had ‘live’ reactors

Shame we can’t have more boats made safe for display really would be a sight to see.

The C boats have been defuelled, also Swiftsure which is the first being dismantled – as mentioned in the article. In Rosyth, all defuelled, are: Dreadnought, Churchill, Swiftsure, and the 4 R’s. In Devonport: Conqueror, Warspite, Courageous, and Valiant are defuelled; 9 others are still fuelled.

Cheers Paul wasn’t aware they’d made it as far as the C’s and Swiftsure before stopping.

They probably won’t be a health risk until a couple of new Governments time.

They’re following the Russian blueprint for retired nuke subs. Just ignore the problem and hope it takes care of itself on it’s own. lol

Or dump them in the Arctic Ocean.