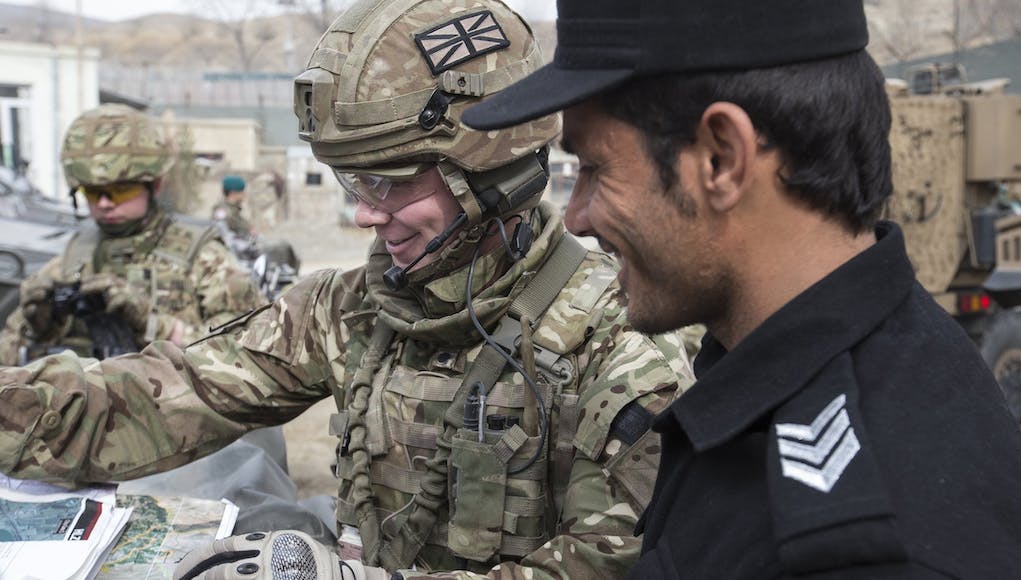 The 2nd Battalion Yorkshire Regiment, or 2 YORKS, are currently deployed in Kabul, Afghanistan in support of the NATO Resolute Support Mission, say the British Army.

2 YORKS are deployed as part of the Kabul Security Force providing Force Protection and transport for British Military mentors working to improve the efficiency of Afghanistan institutions and government departments. 2 YORKS will deploy alongside the mentors in and around Kabul creating “a ring of steel ensuring that they can conduct their mission safely in a hostile environment”.

“One of the locations where mentors are used is at the Afghanistan National Army Officer Academy. Members of all three services that feature a variety of trades, locations and ranks will overlook the training that is delivered by the Afghanistan Army ensuring that they deliver a concise training package.

If 2 YORKS do deploy on the ground they will generally utilise the Foxhound. The Foxhound is the perfect vehicle for this role. Replacing the British Army Snatch Land Rover, the Foxhound has a reinforced V-shaped hull ideal for protection against Improvised Explosive Devices. Along with a top speed of 82mph and wheels which turn independently along with being able to operate the vehicle even if one of the wheels suffers a catastrophic failure.”

2 YORKS are also assisted by the Royal Air Force and their Puma Mark 2’s which fly out of Hamid Karzai International Airport. The Puma’s can assist with the movement of mentors along with providing emergency casualty evacuation if required say the MoD.

In a couple of months 2 YORKS will hand over to 1st Battalion The Welsh Guards in Kabul who are currently finishing their final exercise in Wales before deploying to Afghanistan.

only lower down the infantry totum pole would be the fusiliers. Yorks are a shocking outfit. Perfect for a nominal presence in KAF

What is wrong with the Green Howards?

Yes why reaper? Why the strong opinion?

theres no real hate for them, i just felt i could point out theyre poor. having spent a long time in the kings division, I’m keenly aware of their limitations as a regiment. they’re awful. as are the fusiliers and mercians. doesn’t leave much left who are capable now does it?! the problem lies with the recruitment pool and the ball and chain known as tradition. the local regimented, regional recruitment tradition has prevented the distribution of good recruits across all the battalions. so you end up with an imbalance of talent. so what your left with is the paras,… Read more »

They are there respect them, stay safe guys.

Im calling Bullshit Reaper sounds like a bitter twisted man from the wrong side of the pennines..

I can’t believe this sh*te – wot a waniker – deliberate miss spell. He’s listed three of the finest Battalions in the Infantry at the bottom. All three listed to retain the AI/Mech Infantry role. Why ? Because they are the no bullsh*t just get on with the job Battalions unlike others he has listed. The Fusiliers in particular are universally respected . The only Regt to take Warrior to Iraq both times round and retain it now. The Yorks too, excellent solid Infantry who always deliver when required. Have you actually served ??

Who is this directed at?

Reaper – quite clearly. Quite ‘ only lower down the Infantry totum pole would be the Fusiliers. Yorks are a shocking outfit ‘ What a load of bull ! Have served with both of them and I was REME so have no tribal axe to grind and in the AI role would count both amongst the best.