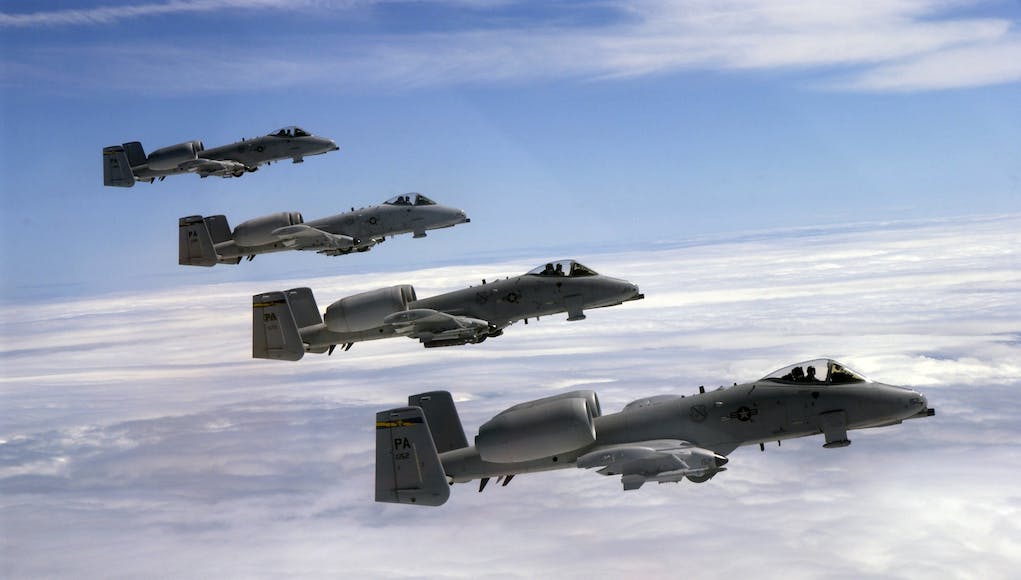 The United States is to delay retiring the A-10 because of the ongoing fight against Islamic State, it has been reported.

Plans to postpone the retirement of the A-10 will be outlined when the Pentagon submits its 2017 budget request to Congress next month.

The A-10 Thunderbolt is the only United States Air Force production aircraft designed solely for close air support, including attacking tanks, armoured vehicles and other ground targets. The A-10 was designed around the 30mm GAU-8 Avenger rotary cannon and the A-10’s airframe was designed for durability, with measures such as 540kg of titanium armour to protect the cockpit and aircraft systems, enabling it to absorb a significant amount of damage and continue flying.

Martha McSally, a long-time advocate of the A-10 and retired Air Force pilot, released a statement on the news:

“It appears the Administration is finally coming to its senses and recognizing the importance of A-10s to our troops’ lives and national security, since before I took office and after, I’ve consistently highlighted the A-10’s irreplaceable capabilities and worked to expose the Administration’s flawed argument for wanting to retire it prematurely.”

The US Government Accountability Office released a report in 2015 claiming that the US Air Force’s central justifications for removing the A-10 are deeply flawed.

best thing they have done in a long time. Now send them out to fight these bastards

I miss these going over my house in Kettering, one of the best sounding!

POTP power of the people..will always stand up for the bitch…Hooah

shame. they should upgrade them like the b 52’s although it would cost a metric butt ton

They were upgraded to the A10C

Are there any better air launched weapons for dealing with tanks and vehicles? Genuine question. Or is the A-10 just cheaper?

the A-10 can carry a bigger payload and take more punishment than pretty much all other Close Air Support aircraft. its surprisingly easy to maintain according to its ground crews

it also has a huge psychological effect. the Russians call it the ‘Devils cross’ as it looks like a orthodox christian crucifix as it pulls out of a attack run. Arabs call it the silent death for obvious reasons.

That’s helpful, thank you! Also, I thought that the Devil’s Cross nickname only existed in the Tom Clancy novel Red Storm Rising!!!

Pity we can’t overturn senseless UK government decisions, before they execute them ?

I grew up in the Salisbury plain area, used to love watching (and hearing) these go over!! Glad to hear that they’re being given a stay of execution!! 🙂

Had one of these practice its strafing run against the tank I was driving. A bit unnerving and despite sitting in 65 tons of armour, still felt vulnerable!

The A-10 is irreplaceable!!!! Great to see it still in service

It’s one of the greatest military aircraft ever made. It’s of the same ilk as the mosquito with the naval gun in it. If these are still flying at a hundred years old then I wouldn’t be surprised.

Great piece of kit, perfect in the roll it was designed for!!

They should sell some to the allies

no surprises there. not matter what Lockheed claim the f-35 would never be able to fully replace it as a dedicated ground strike aircraft.

simply one plane they cannot do without

only upgrade she needs is the dump of the G.E JUNK ENGINE…and go ROLLS ROYES …LITER AND faster….

Great for low itensity warfare where SAM threats are not a particular issue. A Typhoon equipped with Brimstone flying at medium altitude is considerably more effective at taking out a Tank Company.

The physiological impact of certain weapons platforms should not be underestimated. The A10 does require protection in contested airspace, but for the US military this is not really an issue. Having something drop down low and cause havoc to ground troops either with missiles and bombs or that insane rotary gun can help take the fight out of the enemy before they even get chance to get going.

Its a perfect machine for ground attack. Love it to bits. 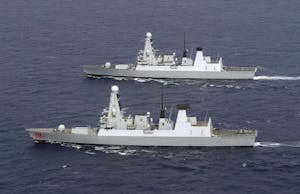