Home Air Who is responsible for Search and Rescue in the UK now? 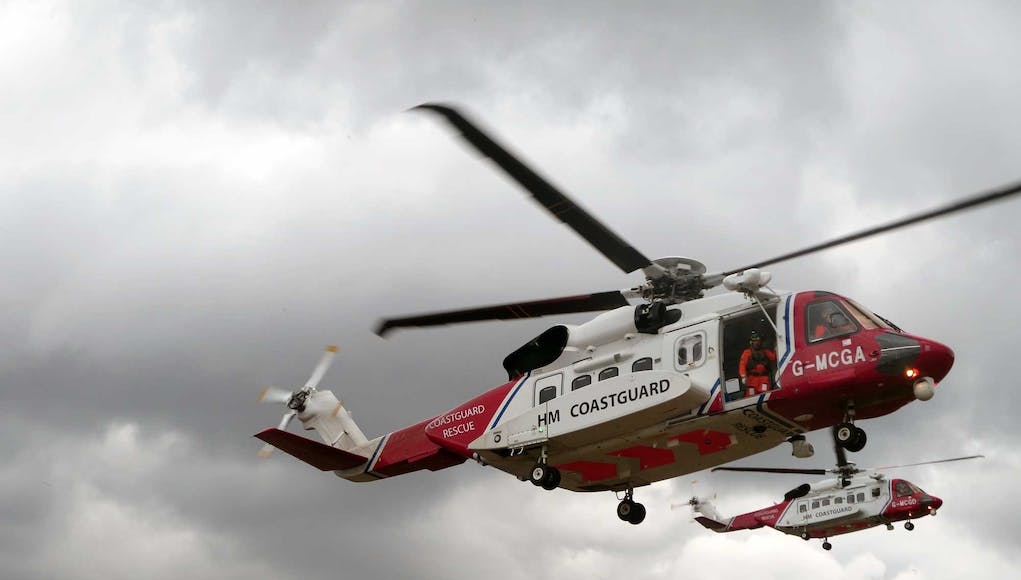 Bristow Helicopters was awarded the contract to provide search and rescue (SAR) helicopter services for the UK in 2013.

The new search and rescue service will operate from 10 strategically located bases across the UK. The bases are positioned close to SAR hotspots so that aircraft can be brought to bear as quickly and efficiently as possible. The new helicopter bases went live in a phased approach. Seven new SAR bases were built and three existing facilities are to be used.

Bristow Helicopters is a British civil helicopter operator originally based at Aberdeen Airport, Scotland which is now part of the US based Bristow Group. Bristow flies 30 flights per day from Aberdeen Airport, the world’s busiest heliport.

Under the new contract, 22 helicopters will operate from 10 locations around the UK. Ten S-92s will be based, two per site, at Stornoway and Sumburgh, and at new bases at Newquay, Caernarfon and Humberside airports.

Ten AW189s will operate, two per site, from Lee-on-the-Solent and a new hangar at Prestwick airport, and new bases which will be established at St Athan, Inverness and Manston airports. All bases will be operational 24 hours a day, and half of the new fleet will be built in Yeovil, Somerset.

The specifications of the new search and rescue fleet are outlined below and come directly from Bristow, the original source can be found here.

The S-92 helicopter is the most advanced aircraft in Sikorsky’s civil product line, certified to the most stringent safety requirements of the European Aviation Safety Agency (EASA). The aircraft’s advanced health and usage monitoring system sets a new level of reliability and enables cutting edge fleet management services.

The AW189 is the latest helicopter to be produced and equipped by AgustaWestland to undertake SAR missions. It is the only new generation helicopter in its category and is designed to meet the latest and future long range, high endurance requirement for search and rescue missions in the most demanding operational and environmental conditions.

I’d like to thank HM Coastguard for all the years of service and the countless lives they have saved. I would also like to wish Bristow helicopters all the best that they carry on the fine tradition.

You do realise that it is not HM Coastguard who are relinquishing the responsibility don’t you? It is the role of the RAF and Royal Navy Sea Kings which has been outsourced to this civilian contractor. Personally I believe this is a poor decision as the role of peacetime SAR meant that the military crews were constantly prepared to assume the role in a wartime scenario (rescuing downed aircrew etc.) If the cost of servicing the ageing Sea King Fleet was too much – then would it not have made more sense to contract Bristow to operate the new aircraft… Read more »

Don’t know much about wokkas. Are these new ones better than the SeaKing?

“The S-92 helicopter is the most advanced aircraft in Sikorsky’s civil product line, certified to the most stringent safety requirements of the European Aviation Safety Agency (EASA).”
Bloody good helicopters is the answer. ?

They are certainly a signifcant improvement James. Modern crashworthiness, modern flight systems and better performance including single engine capability. In many ways the successor to the Sea King and from the same stable….Oh and a full anti-ice capability for the rotors, and a cruise speed at least 35% better than the old SK!

..and perhaps just as critical…much more reliable and available per flying hour.

This of course is how it was meant to be. Slightly different at present to say the least.

If the RAF and navy are no longer doing SAR, what happens during wartime who would rescue downed aircrew and others in peril at sea? would bristow do this as well,in the midst of a war?!. Also are bristow providing SAR for the Falkland Islands as well?

So the Uk government privatised it , when before it was part of the armed forces duties who we paid for through our taxes . Now we pay our taxes and a private company will make huge profit from this deal .

Jury is out at the mo. They had to replace the aircraft. So one could surmise that the taxpayer would have to foot the bill for new aircraft, which wouldn’t be cheap. And it is still the Coastguard who fly them. But, I agree they may make a profit. Too soon to say. But before you leap on the UK Gov privatising things, think carefully before you post! Very carefully! Oh and it was bloody Baltic in Edinburgh, but a good result. Not the best game, but a bonus point win.

Anything is better than a Seaking, old stalwarts though they were,they were not purpose built for SAR duties and we’re well overdue for replacement!

If the money is being spent anyway why not keep them in the military? The more pilots and air frames the Air Force and Navy can have the better for future deployments. Surly private profit is better spent on training and aircrew? Is this just another smoke and mirrors budget slight of hand at the expense of practicality?

The proof of the pudding will be in the eating, but I’m sure it’ll fine. RN and RAF just couldn’t afford to recapitalise this capability at the expense of war fighting capabilities. Bristow have good top down economies of scale given their commercial operations with similar helicopters. Hopefully a good deal.

Someone asked about the Falklands. Hope this helps:
“On 19 January 2015, U.S. helicopter operator AAR Airlift and partner British International Helicopters (BIH) were granted a £180 million ($275 million) 10 year contract, beginning in April 2016, to support U.K. defence ministry operations in the Falkland Islands. Two AW189s will conduct SAR duties on behalf of British Forces garrisoned out of Mount Pleasant Airfield on the South Atlantic islands, replacing RAF Sea Kings that will be retired at the end of March 2016”
http://aviationweek.com/military-government/aar-airlift-wins-falklands-helicopter-deal

[…] nearest SAR will now be located at the new £20m-helicopter base at Lee-on-Solent in Hampshire. The MCA has reported this is 15 minutes flying time from […]

[…] revenue value of the 10 year Search and Rescue contract , which began in 2015, was originally disclosed specifically as £1.6 billion (Pounds) when the exchange rate was close to 1.6 GBP/USD. That would […]