Home Sea 820 Naval Air Squadron to be on board HMS Queen Elizabeth as... 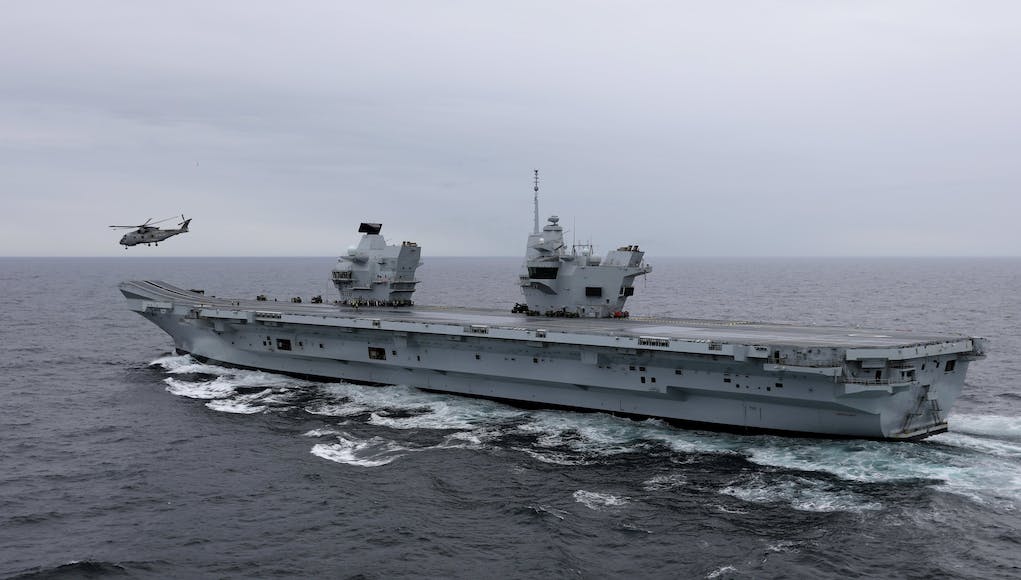 820 Naval Air Squadron will be on board HMS Queen Elizabeth as she sails into her homeport this week.

This follows several months of working with the carrier during her sea trials off the coast of Scotland.

Lieutenant Rob Andrews, one of the squadron’s pilots, said:

“This is the first time I have had the chance to both see and operate with the ship and it is still very exciting and hugely rewarding to be one of the first to work from such an impressive ship.

820 NAS has been working with HMS Queen Elizabeth in support of her contractor sea trials. This has seen us operate as a helicopter delivery platform providing essential stores and crew work-up ahead of our more operational role when she is formally commissioned into the fleet.”

“820 NAS is the Royal Navy’s oldest and most decorated frontline unit and is made up of roughly 150 men and women – a highly skilled mix of flight crew and engineers.

The Merlin Mk2 is a vastly capable aircraft, with its primary role being for anti-submarine warfare, although it can protect HMS Queen Elizabeth and her task group from a range of sub-surface, surface and air attacks.

Recent years have seen them operate in the Middle East and off the west coast of Africa during the Ebola crisis.”

The Queen Elizabeth class carriers are the largest and most powerful warships ever constructed for the Royal Navy, but what will they carry?

The term now used for the carriers embarked squadrons is ‘Carrier Air Wing’ (CVW), the previously used Tailored Air Group (TAG) has fallen out of official use. The vessels are capable of deploying a variety of aircraft in large numbers, up to a maximum in the upper fifties in surge conditions. 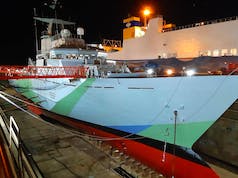 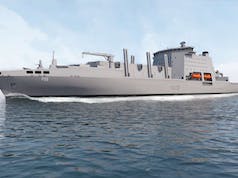 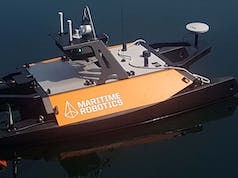 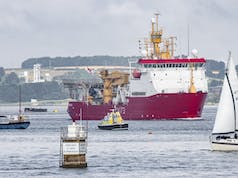 We have built these carriers and the government should now go ahead and find the money to equip them with F35 aircraft relying on the Americans is a national embarrassment.

Totally agree. HMG doing defence on the cheap…. as usual.

the problem is it’s not being done on the cheap. It’s been done at random. Carriers are insanely expensive tech and frankly much larger than we need and yet we went expensive glamour items. Then we try and go cheap with other items, like lacking escorts, not placing orders on the fighters etc. We kinda need to decide to go middle end and stick there, which I think would ultimately give better capability, rather than top end for part of the problem and then cutting on other with a net effect of less than capable platforms.

QEC and F35b’s ain’t cheap !!
Don’t know where people got that idiotic idea from.

That’s not fair really, I’d blame Lockheed Martin for the slow delivery rates and the Government for committing only to later batch production models. Fact is, the money is there and 138 have been ordered, it’ll just take a while for them to trickle through. In the meantime, I really don’t see an issue with the Americans making up half our numbers, they have a gap in their carrier doctrine as it is so they’re more than happy to help out. As allies, we’re as close as it’s possible to be so I don’t understand why you take issue with… Read more »

Don’t think we have actually ordered 138 Geoff, I’m pretty sure it’s “a commitment to buy”

I agree though I don’t see a problem with having American jets on, as long as their is 24 on when she first deploys I will be happy.

So there will two front line squadrons, one on the carrier and one used by the RAF, probably in Cyprus.

Correct, we currently have 10-12 F35s and have ordered another 14. The 138 figure is how many we plan to buy over the 30 years of the program. That means we have only brought 26 so far, the rest are a promise from the government.

What makes you think “the money is there” ???

The delivery dates are okay, no need to be overly pessimistic. We all know the QE could have US F35’s operating from her deck in short order, if a situation occurred, between now and the first UK deployment. I would not be surprised if US F35’s don’t carry out landing trials in the near future, as this would improve interoperability between the two navies. This would also allow the deck crews to get first-hand experience with the type.

One advantage of our slow order rate is that the unit cost drops with every production run so we do get more for our money, assuming fairly constant exchange rate of course. If she has at least 12 UK F-35B when she first deploys that would be the minimum, 24 and I would be happy but I can’t see that happening because it would require the RAF to agree to carrier-base every single one of the front line F-35Bs at the time and I can’t see that happening. Even if we did embark 24 UK F-35s I would still hope… Read more »

Another advantage of our slow order rate is once we’ve crowed about committing to buying lots of platforms we can later quietly halve the final order number.

Just to add to the excellent comments made here. The USA is still maintaining ‘LRIP’ batch ordering and within that limiting factor has prioritised the manufacture of their F-35s before what they consider ‘customer’ aircraft. (Not sure we are ‘customers’ as such but hey …). We are in LRIP 10 now and they are forecasting out to LRIP 15 in 2025. The big beneficiaries of which will be the RAAF who will have all 72 of their F-35As by 2025! The USMC have about 100 F-35B in operation as they were pushing for IOC. So we have simply not had… Read more »

Thanks for the info Chris, interesting stuff. Makes perfect sense now, good of the USMC to provide F35Bs for the QE while we wait for ours. No surprise they want theirs first, it is their aircraft after all.

Plus we get a more matured and cable aircraft with fewer bugs and less snagging to close out.

I keep seeing this comment in the text about QEC: “alternatively a ‘Littoral Manoeuvre’ package could include a mix of RAF Chinooks, Army Apaches, Merlin HC4 and Wildcat HM2.” Which read as if the Merlin HC4 is an Army Helicopter rather than belonging to the Royal Navy’s Commando Helicopter Force (CHF). Additionally, the Wildcat utilised for Littoral Monoeuvre (LitM) is the Wildcat AH1 of 847 Naval Air Squadron, also of CHF. The HM2 is the maritime attack variant for small ships which whilst I’m sure they will see service on the QEC carriers, are certainly not designed or used for… Read more »

So for 5 or 6 years we will have 2 aircraft carriers but no aircraft on them. Just who thought that one up? Oh and that’s if the F35 ever works properly anyway. Look out for the Russian SU 57: apparently better in all respects than the F35. 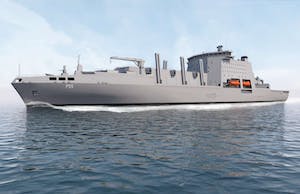 August 13, 2021
The Fleet Solid Support Ship project has been given an "amber/red" rating by the Infrastructure Project Authority.