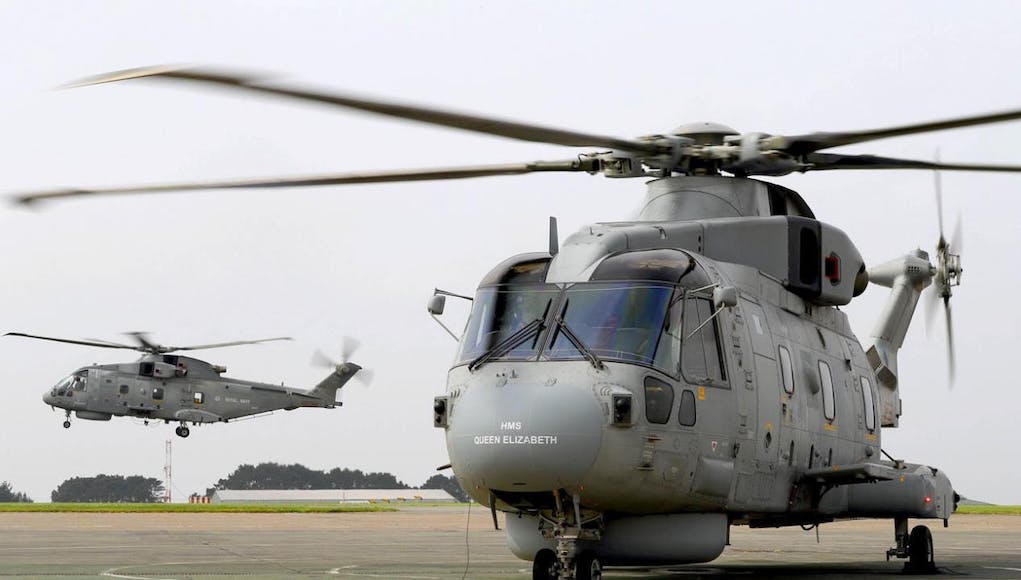 The Merlin helicopters of 820 Naval Air Squadron have now wrapped up an exercise in Scotland to prepare them for operating from HMS Queen Elizabeth.


“Anti-submarine warfare when a Merlin Mk2 is involved isn’t so much a game of cat and mouse, more like mousetrap.

Once you understand what it is the submariner is trying to achieve and the underwater battlespace he has to work with, the likely location of the submarine starts to become clear.

It’s at that point you begin to shape that battlespace to how you want the fight to unfold.”

Merlin helicopters are expected to start ‘low-risk, simple flights’ from the carrier in Summer, before the ship arrives in Portsmouth for the first time. This was previously expected to be be in Spring.

These flights will be followed by flight trials in early 2018 according to Captain Kieran O’Brien, Merlin team leader for the Ministry of Defence.

Queen Elizabeth is due to start sea trials in Summer before her first deployment in 2021, followed by sister ship the Prince of Wales.

As I said before I personally don’t have any problem with a limited number of F35-Bs to start with (1 squadron), better to have two excellent large capacity carriers to which F35s can be added later when funds allow, rather than have gone for smaller capacity carriers which would soon be cramped, limited in space but full.

Sharing with helos (and the USMC) makes good use of them straight from the start. Merlins are pretty good stuff.

Answering partly my own question, from a previous article it looks like 9 Mk2 for anti-sub plus 4 or 5 for AEW. I’m guessing that reduces or delays the need for T23 / T26 escorts. Perhaps then very basic config 1 or 2 x T45 for air defence, plus 1 or 2 Astute.

I think dadsarmy is onto something here. Just 30 merlins is not enough to provide an adequate antisubmarine screen for a RN task force. The MODs own website on the carriers capability indicates a typical TAG for the carriers will be 4 crowsnests merlin’s, 8 ASW variants and a number of f35bs. In summary little more than our previous invincible class could deploy. The RN needs to order another squadron of merlins to thicken out the force and provide a robust screen for the carriers and some additional ASW capability for UK home waters. Our armed forces have some spectacular… Read more »

Soon to be sold Sentinel aircraft operating over Iraq