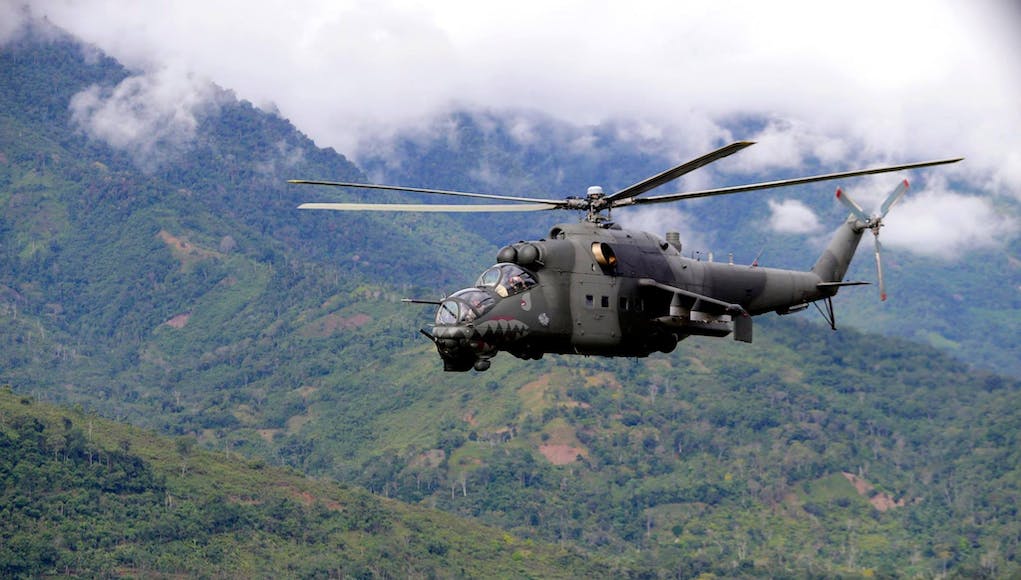 Afghanistan is poised to acquire four attack helicopters from India to help it fight the growing insurgency local media reports.

Local sources have been reporting that Afghan National Security Adviser Mohammad Hanif Atmar was due in the Indian capital this weekend to finalise the transfer.

The supply of four Russian-made Mi-25 attack helicopters would reportedly be the first offensive weapons provided by India to Afghanistan since the two countries signed a strategic partnership agreement in 2011.