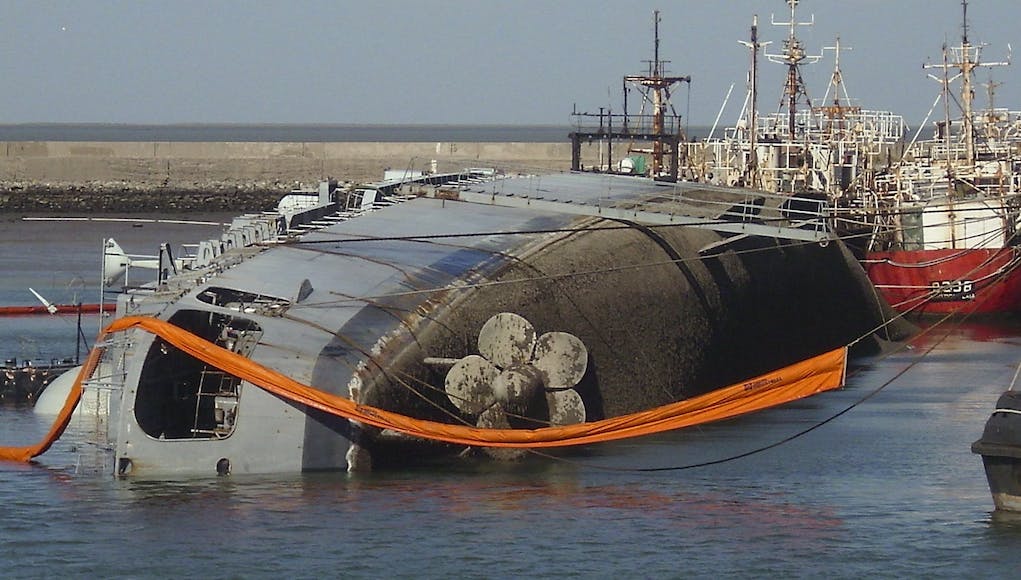 After a significant period of decline, the Argentine armed forces have ceased to be a capable military force.

In August 2015, the Argentine air force retired its Mirage fighters, with only a handful of them even flyable.

The problems don’t stop there, their submarine crews despite benefiting from a recent upgrade, need at least 190 days of immersion practice and in 2014 only spent 19 hours submerged. A similar situation is faced by their four destroyers, they don’t have any weaponry.

Argentine ground forces rarely have the resources for training and are vastly under equipped, their kit dates back to the 70’s and is in very short supply. In addition to this, the Argentine Air Force largely consists of a collection of obsolete aircraft mostly dating back to the 1970’s, which are frequently grounded due to poor serviceability. They’re now even getting rid of their only semi-capable fighter aircraft.

According to IHS Janes

A recently published daily agenda indicates that the service’s working hours have been significantly reduced, from 0800 to 1300; rationing of food, energy consumption, and office supplies has been directed headquarters staff and property residents; and only the minimum personnel required to staff headquarters, directorates, and commands are working.

These orders, issued on 11 August, take effect 18 August. A next step will cut Monday and Tuesday as working days. Moreover, air force officials said any aircraft taken out of service will not undergo maintenance for now.”

This leaves the Argentine military with just two types of jet aircraft A-4’s and IA-63’s and both are subsonic, decades old and barely serviceable. Argentina had looked into buying new Gripen’s from Sweden via Brazil but this was vetoed by the United Kingdom which makes a large number of internal components for the aircraft. They had also looked at JF-17’s from China, but the JF-17s proved too expensive to modify.

Another take on this issue can be found here.

It’s perhaps worth editing out that last sentence..

Shame to see a type-42 suffer such an inglorious end.

I just think it’s better to allow the reader to reach that conclusion. The article remains relatively objective until you bring past conflict and politics into it, relevant though it is…

As an argentinian, this is not a bad thing, nobody excepts the military likes the military, the old Malvinas war was the last bastion of military ideas in Argentina, and everybody hates them for starting that war.

I am argentinean, and this man is an asshole. We all love military and we need them. Only mentally challenged people can say that we hate them.

Argentinean here; this is no surprise, all branches of the armed forces have become increasingly incompetent since atleast 1983, I also have to say that most of our borders are practically uncontrolled, no-radar, not even planes stationed at the few Air Force bases on the border with Chile.

Now days, even trying to mount a defense, just against Chile is impossible, they could easily conquer most of the country without much effort.

Argentina’s armed forces have been instructed to work less than part time (5.5 hs) in order to avoid providing lunch. That is how bad things are. Argentinean here.

As a British citizen I find myself suffering from a distinctly mixed set of opinions on this. Firstly and foremost I feel a touch more secure that the people of The Falkland Islands are under seemingly less threat, but I can’t help but to feel sorry for the average Joe citizen of Argentina. With their armed forces in such a poor state it can’t be a nice feeling knowing that your borders are so undefended. I’ve been moaning for a while now about all these military cutbacks and how undermanned our armed forces are, but at least we are in… Read more »

[…] how bad is it now? Argentina is being forced to retire the last of their supersonic jet fighters because they can neither maintain nor replace […]

The upside of a dying economy. Now if they can get rid of the cops too, they will be in good shape. Then the people will arm themselves and no foreign country can invade and hold it.

No doubt the US will dump some money on them and some old ships, just to keep up the illusion that a military is still needed. They wouldn’t want ordinary people to get the wrong ideas…

As a British citizen. It was the Falklands war that inspired me to join the Royal Navy. But after readi g this article I am with the same frame of mind as Paul M. Its got to be extremely hard to maintain an air of national security or national pride when your military forces and branches are being told to work part time so that LUNCHES dont have to be provided!! You know if push came to shove. The ruling government wod expect the remaining military members to protect their sorry arses. How do they provide official visitor security for… Read more »

Malvinas war. There are just no arguments to tell those islands belong to a country which is a couple of thousands of miles.

As an Argentinean who has now lived for many years in Europe and served in the French Navy, I was deeply touched and disappointed when I heard that the Argentine capability was almost all gone. A country’s military expenditure, active-duty personnel and weaponry is a good indicator of its global power. In the case of Argentina, all three components are low, very low. No matter how bad the army has been to a country or a government, letting it die slowly is not a good and viable solution. Argentina is the 2nd power of South America, and, despite the general… Read more »

[…] the Islands today. Decades of financial crises have left Argentine military forces decrepit: its aircraft are “barely serviceable” and as of at least 2012 the Navy’s submarines rarely went to sea, falling far short of their […]

Just like Philippines, besides from the decaying National Armed forces, the political balls of our retart politicians are gone too. Even if China was harassingg our fishermen in our own seas they rarely have the balls to stand up. All they can do is cowered up and pray to the heavens US will let them suck their balls.

I’m pleased that the Falkland Islanders will be able to get on with improving their lives and their islands without having to worry about any imminent threat of an Argentinean invasion force. I’m sure the Argentineans won’t have to worry about being invaded as long as they maintain friendly relations with their neighbours.

As a British citizen, I’d like to send my regards to Argentinians reading this. We have no animosity to you and feel your pain, knowing how it is to be let down by lying, duplicitous and/or incompetent politicians. I think the only difference is that ours are not quite as corrupt as yours…

I hope Britain and Argentina can be friends again, although I don’t think The Falklands will ever go to Argentina, it’s politically suicidal for British politicians to let that happen.

100 years ago Argentina had the 5th richest country in the world. The Peronist socialism experiment has now destroyed the whole country to a point where they would not be able to even start to mount a force to defend their country. A sad example of what populist policies achieve.

Is Britain prepared for war?

I very much doubt Argentina would ever pose any military threat for at leas the next 40 years. https://ukdefencejournal.org.uk/argentine-military-capability-almost-all-gone/