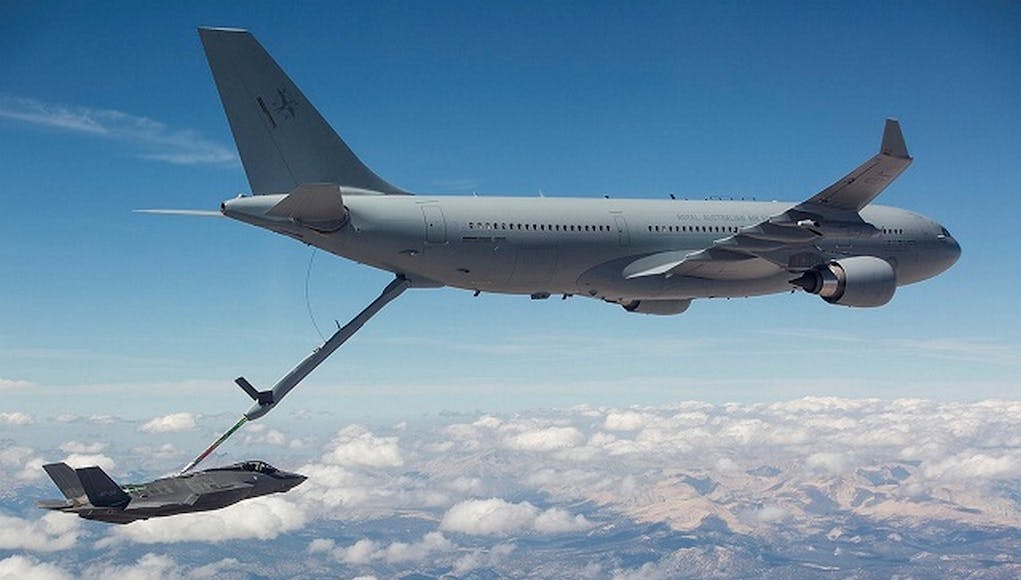 The Royal Australian Air Force has reached milestone in the development of the F-35A with a successful aerial refuelling of a US Air Force F-35A Joint Strike Fighter.

The F-35A is the conventional takeoff and landing variant intended for the US Air Force and other air forces. It is the smallest, lightest F-35 version and is the only variant equipped with an internal cannon, the GAU-22/A. This 25 mm cannon is a development of the GAU-12 carried by the USMC’s AV-8B Harrier II. Australia have 70 on order.

KC-30 is the Australian designation for the A330 MRTT, known in the UK as Voyager.

“Refuelling between the KC-30A and F-35A is an important step towards the KC-30A’s achievement of Final Operational Capability and represents continued progress in the development of the F-35A, this achievement is significant because the future of Australia’s air combat capability is reliant on the successful partnership between these two aircraft and our ability to be interoperable with our international partners.”

Australia’s first F-35A, designated AU-1 by Lockheed and A35-001 by the RAAF, made its first flight last year at the company’s Fort Worth, Texas facility, flying for two hours. RAAF F-35s will remain at Luke AFB until 2018, when they will be delivered to Australia for operational test and evaluation work.

compared to the retactable boon used on past planes like the F-18, F-14 and that static or bolt-on boons like mirages and the faithful Harrier. that method looks rather awkward for the fighters trying to re-fuel.

So what will Refuel are F35Bs 100th Air Refueling Wing? 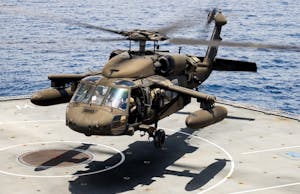 August 19, 2021
RFA Wave Knight will support the US contribution to the international humanitarian response and serve as a landing pad for US military helicopters responding to the crisis in Haiti.