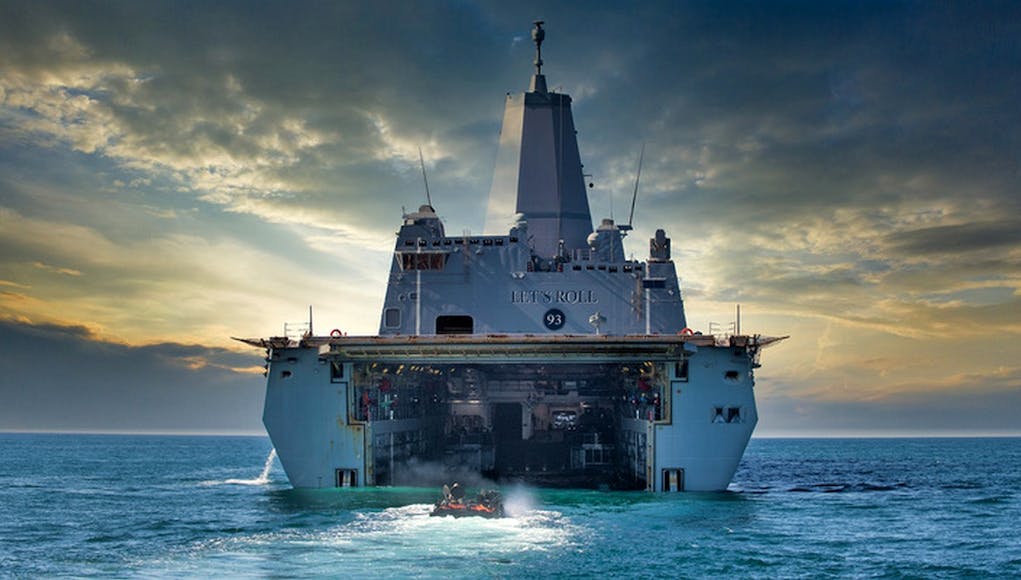 BAE Systems’ Amphibious Combat Vehicle Family of Vehicles program has achieved its most significant milestone to date with the Marine Corps’ decision to move into full-rate production and award a $184 million contract for 36 vehicles.

BAE Systems say that the ACV is an advanced, next generation vehicle for conducting ship-to-shore operations and effectively getting Marines into the fight.

The full-rate production milestone comes shortly after the Marine Corps declared the ACV had met the requirements for Initial Operational Capability (IOC). The IOC declaration occurred on November 13th, and is also a significant milestone for the programme and a demonstration of confidence in the vehicle.

“As the ACV enters into service it will be providing highly advanced solutions for conducting maritime-based warfare operations and will play a vital role in the Marine Corps’ complex and challenging missions,” said John Swift, director of amphibious programs at BAE Systems.

“For BAE Systems, full-rate production validates years of dedication and teamwork in partnership with the Marines to introduce this capability to the warfighter and leave our adversaries on the battlefield at a marked disadvantage. We are proud of our role in the program.”

“The ACV is a highly mobile, survivable, and adaptable platform for conducting full spectrum ship-to-shore operations and brings enhanced combat power to the battlefield. Developed with teammate IVECO Defence Vehicles, the ACV represents the optimum balance of sea and land mobility, survivability, and future growth potential. With a force protection capability three times greater than the Assault Amphibious Vehicle, the ACV is designed so Marines can complete their missions successfully. It provides substantially increased horsepower, with its six-cylinder, 690 horsepower engine, making it capable of land speeds exceeding 55 mph. It’s also designed to provide Marines the flexibility to address additional mission roles and future technologies through its modular design.”

This first lot of full-rate production is planned to grow to 72 vehicles in early 2021, with the options calling for 80 vehicles annually over five years.

Forgive me if this is a silly question but wouldn’t this be a really good buy for the Royal Marines? A marine equivalent of the Boxer vehicles that could extend the Strike concept to littoral operations?

Only if the Royal intend to operate as a traditional Amphibious Brigade, which the Navy is pretty keen on halting by the looks of it.

So this isn’t just a ship to shore connector, but a ship to shore to objective then back to shore to ship?
In regards to our Albion ships, we use landing craft vessels to get marines from ship to shore, but from there it’s on foot to the objective?
Would be interested to hear the thoughts of everyone else. Is this something you’d like to see in the RM? Stick with what we have? Or explore something completely different? (If there was a will and budget of course)
Cheers
[email protected]

I know the vikings have historically been the Royal Marines amphibious vehicle of choice due to their mobility in the snow and the idea was they would be deployed to Norway and Sweden during the cold War turning hot, but I think this vehicle would have been better suited to the likes of Iraq and Afghanistan. Not sure how its armoured protection stands up to the heavier boxer.

I’m sure you are aware BB the lads driving and these wagons wore un-wound tornaques on both legs, prior to patrol, as they used to get smashed quite regular. Saved those important seconds when your lower limb is a smashed pulp of meat, bone and congeled blood. We always need armour, decent armour, and I think Boxer is the next Stanag level up. Any idea what these vehicle look like and are they a good option for the RM lads?

This is the wiki link for the vehicle https://en.m.wikipedia.org/wiki/Amphibious_Combat_Vehicle there’s not a huge amount of specs reveiled but I’m pretty sure it’s heavier than the original Italian version due to additional belly armour. I don’t think its as heavily armoured as the boxer and they vehicles still need to be able to swim which the boxer cannot. That seems to be the trade off.

Thanks mate had a look

The Vikings and BVs are excellent vehicles, but they are not designed for the kind of asymmetric warfare that we faced in Afghan. What we had that was even worse than a Snatch Landrover were Pinzgauers. The issue these vehicles had was that the driver and co-driver sat directly over the front wheels. I witnessed one of these being somersaulted through the air, after it activated a roadside 152mm artillery shell. After providing first aid to those onboard, ever since then, when we were going out of the door, I always wore a tourniquet on each limb. It was just… Read more »

So we’ve all heard that slow LPD are going to be obsolete as they’re so vulnerable and that the USMC is removing Tanks.

How do these things deploy to swim ashore if not from a welldock that an LPD provides?

How will they deploy if the LPD is history?

Hi Daniele,
Probably something along the lines of the LAW mentioned here. Not sure if this is just and idea at the moment though.
https://news.usni.org/2020/06/08/marines-look-to-two-new-ship-classes-to-define-future-of-amphibious-operations
[email protected]

I suspect we’re looking at a situation where the USN/USMC are constrained by historic decisions that are being overtaken by modern reality. So while the USMC head has publicly identified the threat to the large platforms close inshore which are used to launch these vehicles, there’s military inertia, not to mention massive political issues, in totally changing strategy overnight. This is compounded by the age and limitations of the current tracked Assault Amphibious Vehicle, hence the BAE ACV replacement program. The context is that the USN is building 26 San Antonio class (built 11, 2 in construction, 13 lower cost… Read more »

Thanks for the detail and context, as usual!

Daveyb
Reply to  Glass Half Full

The ACV has the ability to be able to swim from 65nm out from the coastline, in quite rough seas. (they don’t give a max sea state). Once ashore, it is supposed to still have a range of 350nm. Its not as fast as the cancelled advanced track vehicle across the water, but is still faster than the AAV. This gives the USMC more options.

I think it’s less “vulnerability is leading the USMC to remove it’s tanks.” and more “The USMC is restructuring back to a truely amphibious force like it was in WW2, and if it needs a tank, the US Army has over 1,000 of them in inventory.”

Yet some people continue to say that America doesn’t buy British military hardware, ect. Most of the aircraft the U.S. buys nowadays includes British gear not to mention ships, tanks ect. I would guess the U.S. is the biggest international buyer of British military good/services.

British IP maybe, but the article clearly states that all production is split across multiple US states. Most of the time the US can buy domestically and still get the best quality product for the job. Notable points where, in my opinion, the US should have bought British / from overseas are the Type 26 (because frigate commonality across the UK, US, Canada and Australia would be a massive force multiplier) and the Voyager / A330 MRTT which won that tanker competition how many times before Boeing finally succeeded in rigging it in their favour?

Exactly this. The US gives out contracts but demands the jobs be taken from the UK to the US.

This vehicle is based off an Italian design and built entirely in the US.
Britain has no part to play in it.

Here is the original https://en.wikipedia.org/wiki/Iveco_SuperAV
I think BAE is a sort of integrator with components. But the engine+transmission is all IVECO.
..

Indeed it’s built by an American company that Bae aquired, they have pretty much given up on their Uk armed vehicular design and production now which will inevitably become fully German owned once it is politically accepted to do so

The AAVP-7A1-as used by Argentine marines invading the Falklands in 1982- can operate in up to force 5 sea state, so these new ACV’s only designed to cope up to force 3 seems strange. 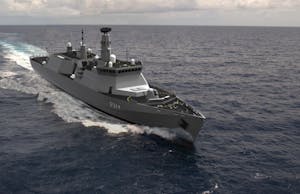