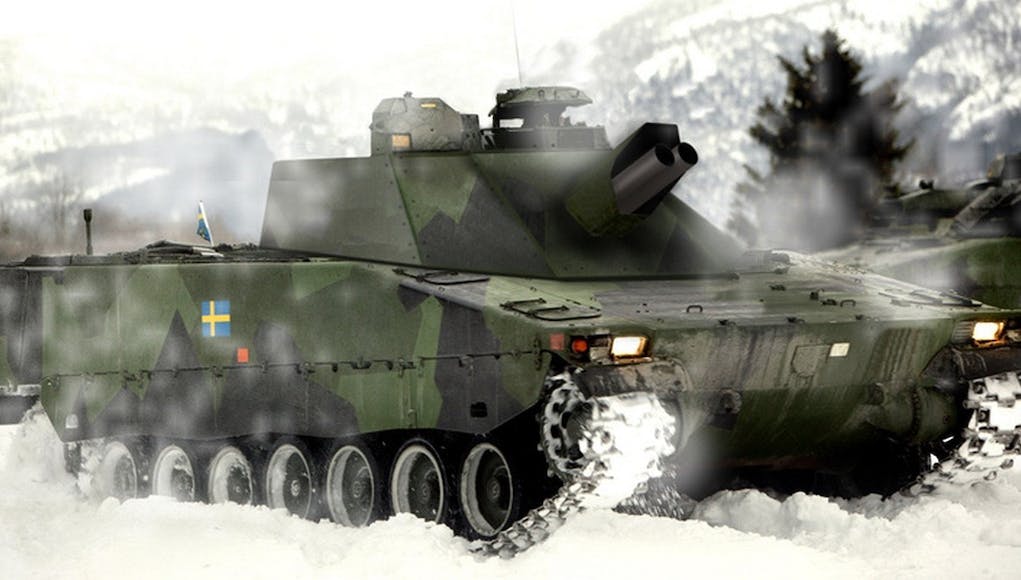 The installation of the company’s mortar system, known as Mjölner, on 40 CV90s will ‘considerably increase the indirect fire capability’ of the vehicles to support mechanised battalions.

“The delivery of the Mjölner solution to the Swedish Army allows it to field a capability well adapted for the CV90 while enhancing the fleet’s firepower.”

The contract was issued by the Swedish Defence Materiel Administration, with first deliveries scheduled to take place in the first quarter of 2019.

According to the BAE press release:

“CV90 is a family of Swedish tracked combat vehicles designed for FMV by BAE Systems Hägglunds and BAE Systems Bofors, which provides the vehicle’s turrets. More than 4.5 million engineering hours has contributed to the development of this advanced vehicle. The Swedish version is outfitted with a turret equipped with a 40 mm autocannon.

The Swedish Army has more than 500 CV90s. Earlier this year, BAE Systems was awarded a contract to refurbish 262 of the vehicles, including survivability, turret, and combat system performance upgrades. Adding the mounted mortar systems addresses another priority that helps increase the vehicles’ lifespan in support of Army capabilities.”

In infantry combat, there is heavy reliance on motors. I wonder if there would be some mileage in putting a mortar unit on something like a foxhound. If you had a motor that was a little more powerful than a normal infantry until but less than the swedish idea, it could help in insurgency warfare.