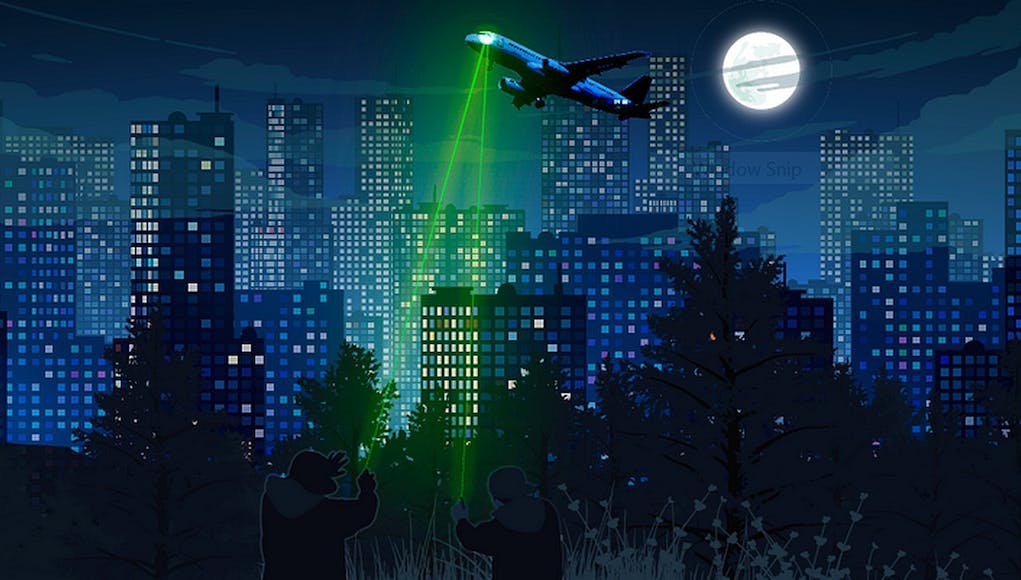 BAE Systems have developed a system that can block dangerous laser light, protecting pilots and flight crew from hostile attacks.

According to the company, using a novel approach the technique is selective in the way it prevents laser transmission, meaning a high level of natural light can still pass through the canopy with minimal colour distortion. As a result, pilots are protected from dangerous laser incidents with no deterioration in vision.

Laser attacks targeting pilots and air crews are becoming a major concern, with the CAA reporting more than 1,400 laser attacks on UK aircraft in 2015 alone. Most reported attacks took place during take-off and landing, or on hovering police helicopters, and are carried out using cheap, high-powered handheld devices that are readily available on the internet. The attacks can distract pilots and flight crew, obscure instruments and dials, and cause short-lived ‘flash’ blindness or even permanent eye damage.

“Lasers operate at specific wavelengths. A series of successful laboratory trials have proven our method is effective against a wide range of laser wavelengths. We have been able to achieve a visible light transmission in excess of 70%, which means that our system allows the majority of the light through while providing protection without the need for heavily tinted industrial goggles.

This allows pilots to more effectively see instruments and their surroundings, whilst simultaneously blocking the dangerous laser light.”

“Having seen laser attacks on pilots reported in the news, I have spent a number of years working to find an effective solution to combat this problem. Ideas are often spawned in unlikely places; this idea was conceived whilst on holiday watching a 3D film. Rather than watching the film I looked at the way 3D glasses form an image by blocking light.

I then started to piece together a way of creating a very specific filter that is capable of blocking harmful laser light while maintaining excellent visibility.”

BAE say that the next phase of development will see experimentation and commercialisation within the public sector.

Should fit the aircraft with micro-missiles that ride the laser beam back to source.?

Make attacking a pilot with a laser attempted murder or assault. That should help put people off.

Charge them for attempting a terrorist act.