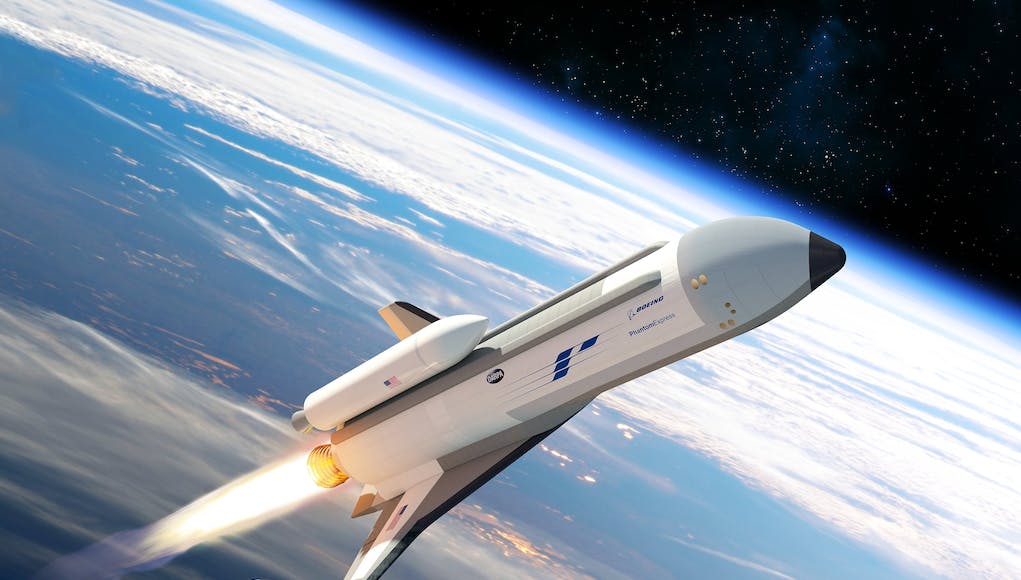 Boeing and the US Defense Advanced Research Projects Agency (DARPA) are collaborating to design, build and test a technology demonstration vehicle for the Experimental Spaceplane (XS-1) program.

Boeing will develop an autonomous, reusable spaceplane capable of carrying and deploying a small expendable upper stage to launch small satellites into low Earth orbit. Boeing and DARPA will jointly invest in the development.

Once the spaceplane – called Phantom Express – reaches the edge of space, it would deploy the second stage and return to Earth. It would then land on a runway to be prepared for its next flight by applying operation and maintenance principles similar to modern aircraft.

“Phantom Express is designed to disrupt and transform the satellite launch process as we know it today, creating a new, on-demand space-launch capability that can be achieved more affordably and with less risk.”

The Aerojet Rocketdyne AR-22 engine, a version of the legacy Space Shuttle main engine, would power the spaceplane. It is designed to be reusable and operates using liquid oxygen and liquid hydrogen fuel.

Phantom Express would offer an advanced airframe design as well as third-generation thermal protection to create a vehicle capable of flying at high flight velocity, while carrying a smaller, more affordable expendable upper stage to achieve the mission objectives.

In the test phase of the program, Boeing and DARPA plan to conduct a demonstration of 10 flights over 10 days.

Let’s hope the UK government puts more funding into the UK Reaction Engine’s Skylon space plane project (https://en.wikipedia.org/wiki/Skylon_(spacecraft)). That has real promise to be a game-changer.

Game Changer for sure!