According to the recently updated report on the recycling of HMS Illustrious, Boris Johnson’s office rejected plans for the vessel to be preserved in London as a heliport.

Illustrious, the second of the three Invincible-class aircraft carriers, was laid down at Swan Hunter on the River Tyne in 1976 and launched in 1978. As the ship neared the end of its fitting out period, the Falklands War broke out. As a consequence, work on Illustrious was greatly sped up. The war was won before Illustrious could be finished. One of the more memorable plans to preserve this vessel however was rejected by the Mayor of London.

The report, which can be found here, states:

• The financial backer had pulled out of one project (no reason was given as to why the backer withdrew)
• The costs associated with participating were higher than anticipated, and therefore unaffordable
• They felt there was insufficient time to put a proposal together, but did not ask for an extension to the return date

And one failed to meet the competition criteria.

Following a number of discussions and meetings between the last potential purchaser and DESA, the final bid for the former HMS Illustrious to use the vessel as a heliport on the Thames was withdrawn. The Mayor of London’s office could not support the proposal on the grounds that it would not conform to his strategic plan for London.

This competition was completed in November 2015 as it had not been possible to identify a suitable bidder. All options for preserving the vessel for heritage purposes had also been exhausted. DESA, therefore, recommended to ministers that disposal for recycling was the only remaining viable option.” 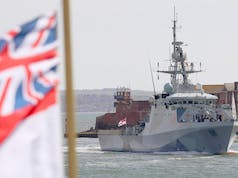 The craziness of the MOD’s Refit and immediately Scrap policy defies logic. The only safe bet would be to nominate any endangered warship a grade 3 listed building!

its more sad when things like this no longer surprise me.

Indeed – sure it was the case for HMS Ark Royal too,recently upgraded then consigned to the scrap heap !

I think they are just subsidizing industry, it would be money much better spent on new equipment. They did the same with the Jaguar, they will likely update every type 23 with Sea Ceptor only to moth ball or sell it on for less than the cost of the upgrade.

The seaceptor missile equipped 23’s will add an extremely useful additional air defence capability to carrier groups over the next few years.

And the seaceptor equipment will be transferred over to the T26s and probably the T31s.

the t26 and t31 are pipe dreams, they’ll never happen, they’ll be cut again and again leaving us where we are now, smaller than india and japan, you couldn’t make this up, you’d get put in a padded room.t 31 information is sparse to say the least.too much is being rested on these being exportable, if they’re not, where are we then?

And Ocean! Now the Brazilians will benefit from our hard earned taxes…

Ocean was built down to commercial standards and was only ever designed to have a twenty year service life. The RN has had the best out of her. Now the Brazilians will suffer from diminishing returns as far as that ship is concerned.

It would be a bit of a luxury to use a second hand light carrier as a heliport. And doesn’t London already have a city heliport?
If the money wasn’t there to preserve the ship it’s a shame but there are lots of maritime vessels preserved around the United Kingdom.

Yes, but very few major naval vessels. HMS Alliance, Belfast, Caroline, and Cavalier are the only proper non-sailing warships left. A submarine, two light cruisers, and a destroyer, compared to the US where dozens of aircraft carriers, battleships, submarines, and other warships are kept either afloat or in dry dock. These are visible reminders of our past, and make great recruitment aids as well.

It’s also the case that we have fewer and fewer opportunities to preserve any examples of the late Cold War Royal Navy – remember the failed attempts to preserve a Type 42? Or the sad sight of HMS Plymouth being taken to the breaker’s yard? The opportunity to preserve the ship commanded by the Prince of Wales is gone. These are all sad reminders that there appears to be a creeping detachment from history in the UK. If it’s not from the 1940s or before, who cares?

Boris has just gone up in my estimation.

This is a non story. London does not need a heliport on an old aircraft carrier.

The new carriers are a step change in capability.

What has this got to do with the new carriers? Its more about the fact that the opportunity to preserve a big part of our recent naval history was missed

Every time I hear of ships being preserved I can’t help but feel annoyed we don’t have a single battleship preserved. Warspite would have been the best ship to turn into a museum ship. Two world wars and longest range battleship kill ever. Yet everyone of them was scrapped whilst the US has preserved EIGHT.

Is there no other navy who would buy her? If she has had a refit she must be in reasonable condition?
Or how about we fill the flight deck with missile tubes and have her as an Arsenal ship to protect the carriers. How much do 200 mk 41 cost lol?

TS – way too late,she was towed to Turkey for scrapping .

It’s an interesting idea as a future concept?

So. Let save HMS Hermes as naval museum. She has great history and I bet it earn it keep and then some 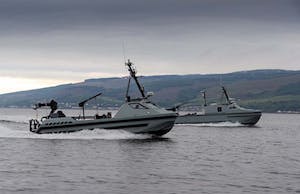