One of Britain’s closest partners in Africa, Sierra Leone saw the arrival of British troops to help end a civil war and recently to tackle the Ebola outbreak.

Sierra Leone is a West-African country with a population of roughly seven million and a land area of 27,700 square miles. The country became an independent nation from the UK on April 1961 as a monarchy within the Commonwealth of Nations, and in 1971 a new constitution made it a republic. Since its independence, the diamond-rich Sierra Leone has experienced some periods of political upheavals, coup d’états and a Civil War that lasted for more than ten years.

Through the Operation Palliser Britain displayed its engagement and support for a stable and democrat Sierra Leone under the president Ahmad Tejan Kabbah which achieved his office as President of Sierra Leone through an election declared as ‘free and fair’ by international observers. Thereby, the British Operation Palliser received international support from many countries and organisations; including the United Nations.
The British participation in the long-lasting Civil War was decisive to hasten its end. Britain extended the scope of its initial participation and took full military engagement to defeat the rebels and bring back order to the country. Since then the successive British governments were committed to aid Sierra Leone through a new phase of political stability and economic development.

One way found to be crucial to made it possible was to use the British skills to train the Sierra Leone Armed Forces, for this would allow the future governments of the African nation to rely on a skilled and loyal armed force to keep its people safe from the terrors of a new civil war and dictatorships.

Therefore, in 2002 the UK established the International Military Advisory & Training Team (IMATT) in the country. As declared by the Army, the mission of the IMATT is “to help develop the Sierra Leone Armed Forces into a democratically accountable, effective and sustainable force, capable of fulfilling security tasks required by the Government of Sierra Leone.”

The IMATT was created from a training team deployed following Britain’s intervention to support the United Nations and the democrat government of Sierra Leone in solving the civil war. According to the British Army for more than 12 years ”the Republic of Sierra Leone Armed Forces (RSLAF) has been restructured and trained” and the achievements are satisfying. Today the Navy of the country is policing its fishing areas, and its Army contributes with “force elements” to the African Union and United Nations, with deployments in Somalia and Sudan. As the competence of the RSLAF grows, the British training team decreases in size.

Britain’s close and friendly links with Sierra Leone also involve training operations with troops from both countries in the jungle of Sierra Leone. The latest British personnel to train alongside their Sierra Leonean equivalents returned in January 2017. The ‘Exercise Guma Sun’ had 88 soldiers from the 1st The Queen’s Dragoons Guards, also known as The Welsh Cavalry, training with a platoon of RSLAF’s soldiers as they learnt to live and fight in the jungle environment.

The same regiment had already spent 2016 training the Sierra Leone’s army in peace support operations with the primary aim to enhance the RSLAF in dealing successfully with United Nations Peace Support Operations and to contribute to regional and internal security.

According to the British Army, the Sierra Leone Jungle Training School was utilised by the troops in the first phase of training where they had the possibility to ”acclimatise and were taught how to survive, navigate and patrol in the jungle”. The school was used for the first time by British troops since the Ebola outbreak in 2014. The second phase involved “a live firing package that culminated in a final 9-day training exercise which completed a total of 24 days in the jungle environment”.

Concerning the Ebola outbreak, once more Sierra Leone saw the arrival of British personnel along a hospital ship to aid the country and avoid further deaths. This included building an emergency hospital, treating patients, giving assistance to the local authorities and running the Ebola Training Academy. Most of these soldiers were from the 35 Squadron, 5 Medical Regiment of the Royal Army Medical Corps but troops from the Queen’s Own Gurkha Logistic Regiment and 1st Battalion The Royal Regiment of Scotland were also deployed to Sierra Leone.

The UK’s total contribution to tackle Ebola in the country was around 750 personnel from all the three services of the Armed Forces. This shows the commitment of Britain with a close and friendly nation such as Sierra Leone and that the British presence goes beyond the military training.

The relations between them have been growing strong especially after the British intervention that was essential to put an end to the Sierra Leonean Civil War. Therefore, Britain and Sierra Leone enjoy a relation that involves growing military links, economic partnership and aid, diplomatic goodwill and is an example of cooperation between two different countries connected by a long shared history. 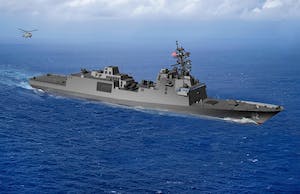