Home Analysis Britain was right to sink the Belgrano 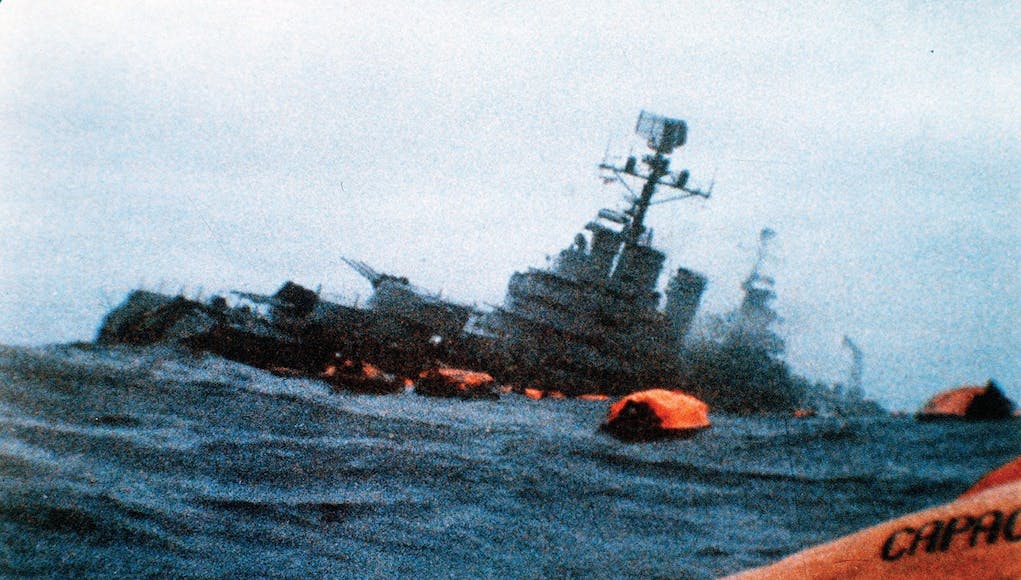 “It was absolutely not a war crime. It was an act of war, lamentably legal.”

The above was said by the Belgrano’s captain, Hector Bonzo, in an interview two years before his death in 2009.

Since that fateful afternoon on May 2, 1982, the sinking of the Argentinian cruiser Belgrano by the British nuclear-powered submarine Conqueror has been regarded as one of the most controversial events of the Falklands War.

Many British critics of the action, which resulted in the deaths of 323 Argentinian sailors, see the sinking as a war crime.

In their eyes, the action was a disgraceful act of provocation by Prime Minister Margaret Thatcher designed to escalate the conflict.

However, it doesn’t quite work that way. The Belgrano was sunk outside the 200-nautical-mile total exclusion zone around the Falklands.

Exclusion zones are historically declared for the benefit of neutral vessels; during war, under international law, the heading and location of a belligerent naval vessel has no bearing on its status.

In addition, the captain of the Belgrano, Héctor Bonzo, has testified that the attack was legitimate (as did the Argentine government in 1994).

Though the ship was outside the 200-mile exclusion zone, both sides understood that this was no longer the limit of British action — on 23 April a message was passed via the Swiss Embassy in Buenos Aires to the Argentine government, it read:

“In announcing the establishment of a Maritime Exclusion Zone around the Falkland Islands, Her Majesty’s Government made it clear that this measure was without prejudice to the right of the United Kingdom to take whatever additional measures may be needed in the exercise of its right of self-defence under Article 51 of the United Nations Charter.

In this connection Her Majesty’s Government now wishes to make clear that any approach on the part of Argentine warships, including submarines, naval auxiliaries or military aircraft, which could amount to a threat to interfere with the mission of British Forces in the South Atlantic will encounter the appropriate response.

All Argentine aircraft, including civil aircraft engaged in surveillance of these British forces, will be regarded as hostile and are liable to be dealt with accordingly.”

Interviews conducted by Martin Middlebrook for his book, The Fight For The Malvinas, indicated that Argentine Naval officers understood the intent of the message was to indicate that any ships operating near the exclusion zone could be attacked.

Argentine Rear Admiral Allara, who was in charge of the task force that the Belgrano was part of, said “After that message of 23 April, the entire South Atlantic was an operational theatre for both sides. We, as professionals, said it was just too bad that we lost the Belgrano“.

The modified rules of engagement permitted the engagement of Belgrano outside the exclusion zone before the sinking.

In his book, One Hundred Days, Admiral Woodward makes it clear that he regarded the Belgrano as part of the southern part of a pincer movement aimed at the task force, and had to be sunk quickly:

“The speed and direction of an enemy ship can be irrelevant, because both can change quickly. What counts is his position, his capability and what I believe to be his intention.”

Admiral Enrique Molina Pico, head of the Argentine Navy in the 1990s, wrote in a letter to La Nación, published in the 2 May 2005 edition, that the Belgrano was part of an operation that posed a real threat to the British task force, that it was holding off for tactical reasons, and that being outside of the exclusion zone was unimportant as it was a warship on tactical mission. This is the official position of the Argentine Navy.

I wonder how many people realise On May 1, the Royal Navy ships HMS Brilliant and HMS Yarnmouth were sent to
intercept the San Luis in the Falkland Sound channel. San Luis reported firing
two torpedoes at the ship which subsequently missed. Puts a new perspective on things, see HMSBrilliant.com for that date, member of ships company 1982 could have been me

I was a Booty on the F90 Brilliozo in 84/85. Robert Victor “Tiny” Tingle and Topsy Turner + Dave Swift to name but a few plus the enormous Dhoby Ducked. Hope you’re well.
PS:I was in 45 Cdo during the campaign.

Much has been made in the UK press of the age of the Belgrano, as if that somehow made her sinking unfair, just not cricket. Followers of naval history will know of the effect the veteran of the First World War, HMS Warspite, had during the second battle of Narvik. If the Belgrano had got amongst the troopships, the outcome would have been a disaster.

Just an other person
Reply to  Bloke down the pub

They were firing French built exocet missiles from out side the exclusion zone………. They deserved to be attacked and sunk.

Kevin Seyffert
Reply to  Bloke down the pub

I remind you that the HMS Victory under command of Lord Nelson was nearly 80 years old at the battle of Trafalgar. Age of a warship truly is irrelevant.

The Belgrano was an old ex US Heavy Cruiser. Old, but capable, and a threat to the RN and MN Task Force. A threat is best dealt with at arms length as once “A cat amid the pigeons” many lives would be lost. Such loss of Argentinian life is regrettable, but was due to a tactical error on behalf of the enemy, not those protecting the rightful British forces and the land’s and people they were there to protect.

The loss of the Prince of Wales and the Repulse can be compared, They were sent to disrupt the landings in Malaya, The IJN Ship Yamato in 1945 was sunk at Okinawa trying to disrupt the America landings ( nothing new under the sun)

we were right to sink her, it was a major piece on the board and needed to be removed, it was to be part of a pincer movement on our carriers

I am baffled by the fact that there are still some who make the sinking of her as anything else than right tactical action. Should RN drop leaflets saying ‘we come in peace and will leave if you do not like us’? 🙁

One source of complaint was that the Belgrano was heading homewards at the instant it was attacked. So what? So were the Bismark, the Scharnhorst, Villeneuve’s fleet at Trafalgar and the Spanish Armada (to the Spanish Netherlands). The Belgrano was bent on our destruction and it was sink or be sunk. Unfortunately it was an article of faith for the Left; it showed up their complete inadequacy. “Thatcher did it so it must have been wrong.”

I have been working for the Chilean Navy in Talcahuano Chile. It was told to me many times that the Belgrano was sunk by a Chilean Submarine that was in convoy with the British sub
May explain why the uk subs log book went missing

I think the Chilean Navy would have liked that shot .

The reason why the log book went missing is even more interesting than that. It had nothing to do with Belgrano but was a result of a subsequent and amazing covert operation against the Soviets. See Stuart Prebbles’s book Secrets of the Conqueror.

The submarine that sank the Belgrano did not attack the escorts but left them to pick up survivors as is traditional but they fled the scene, had they not done so less would have perished.