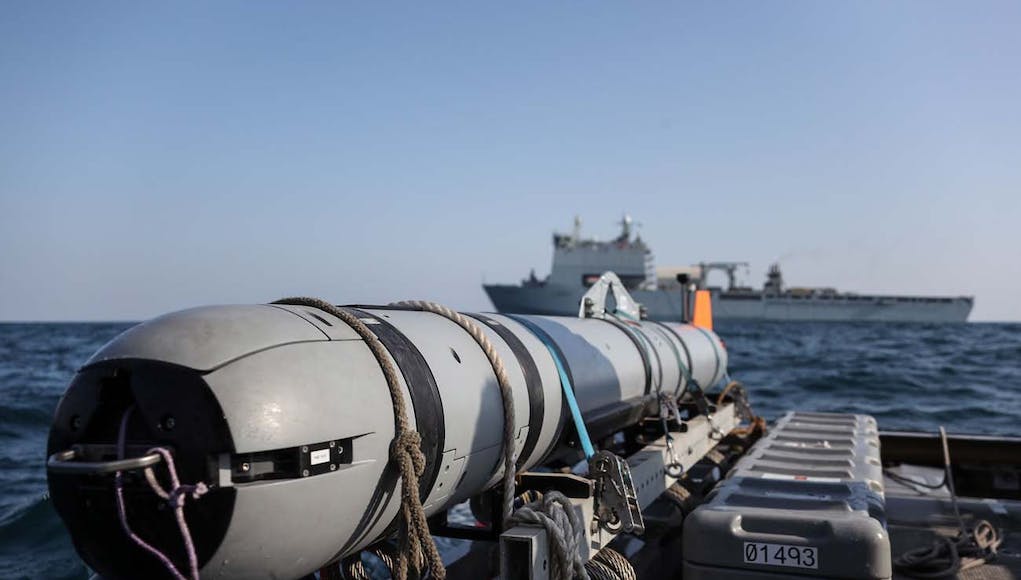 The Royal Navy’s Middle East mine warfare force of five ships and a command team were committed alongside American unmanned boats and the US minehunter Gladiator.

The aim of the exercise is to test the two navies’ ability to keep vital sea routes open. Every quarter the British and Americans conduct a joint Mine Counter-Measures Exercise to sharpen combined skills.

“HMS Bangor and Blyth – specialists in locating deep-water mines – and HMS Ledbury and Middleton, used in shallower seas, their mother ship RFA Cardigan Bay and the Gladiator headed out into the Gulf to work though a fictional scenario in which key trade routes were suspected to have been mined.

Cardigan Bay – which is home to a Royal Navy staff who direct the day-to-day operations of the UK’s Bahrain-based minehunters – provided fuel, food and stores for the Anglo-American force, allowing them to remain at sea longer than their usual fortnight of endurance.

The support ship was built to back-up amphibious operations involving the Royal Marines and her cavernous loading dock proved ideal for hosting two elite US units: the Expeditionary Mine Countermeasures Company, who use unmanned underwater vehicles to search the seabed, and the Mine Hunting Unit, who use remotely- controlled boats to tow sonars and other search gear in the effort to find mines.” 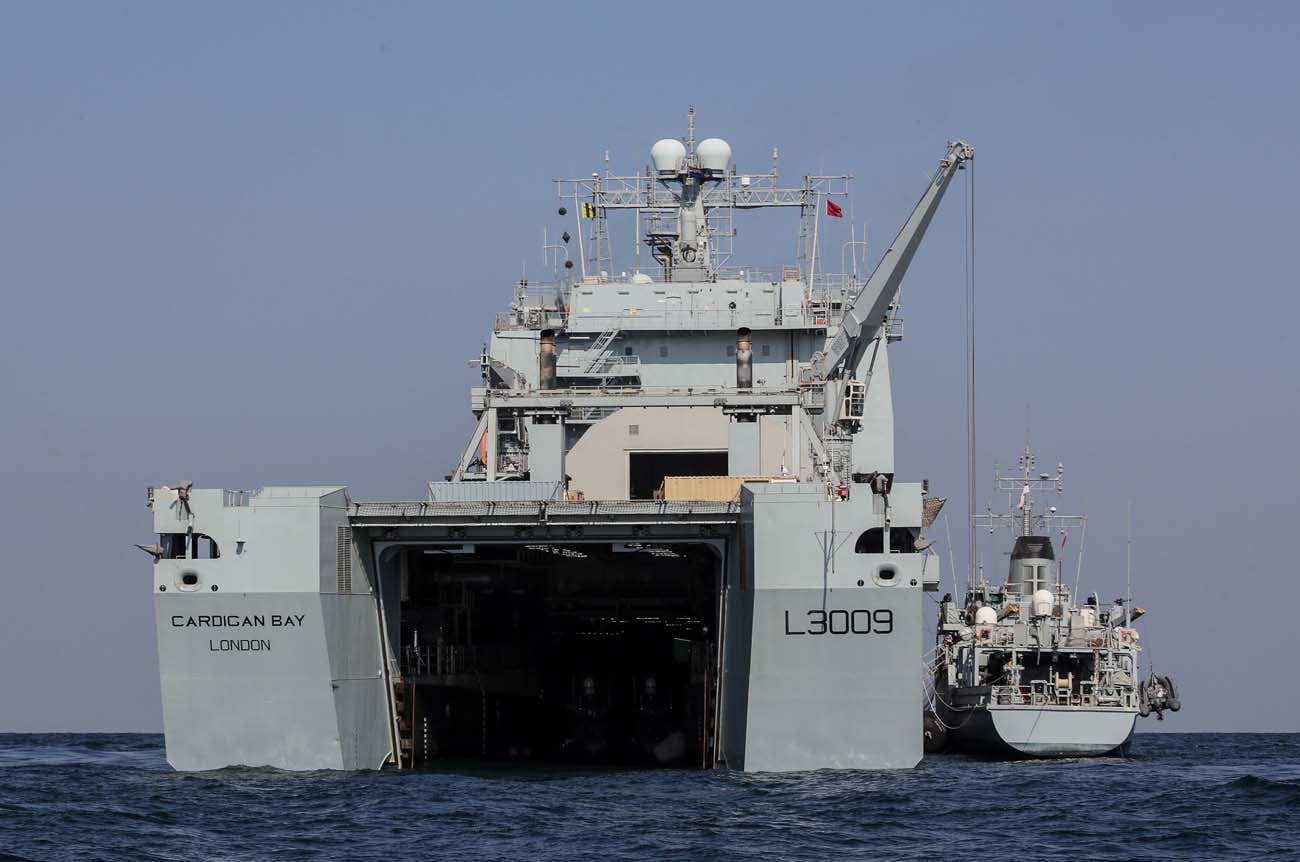 “The ship successfully demonstrated it has the ability to remotely control mine warfare assets from the ship. This is a most flexible and resilient way to ensure navigation channels can be safely cleared of mines without putting the ship itself in harm’s way.”

Evening all Hold on to this blog and then look back on it fondly next year, when we could deploy and sustain 4 minesweepers (2 deep/2 shallow) and a command platform. All will be good though, F-35 15 and 16 will have been delivered so all will be well. These vessels are used to clear the water ways so amphibious operations can be launched, if we are reducing them what does that tell you about the ambition of the MoD? Can the MoD sustain this gulf deployment and at the same time be able to provide sweeper capability as part… Read more »

If the mine hunting force is reduced further it rather obviates the requirement for the new facility (UKMCC) in Bahrain that Bahrain has contributed considerable amounts of money toward. It places the commissioning and future of HMS Jufair in doubt! It further places our strategic contribution to the joint naval force in the Gulf in question which the USA must be concerned about as it will mean that they will have to provide a greater contribution to the Mine Counter Measures in the Gulf. Diplomatically it embarrasses the UK with the Kingdom of Bahrain at a time when the island… Read more »

Can you clear mines with one of these launched from a River 2 crane?
https://www.atlas-elektronik.com/solutions/mine-warfare-systems/arcims.html?L=0