The massive fleet of 17 warships currently in the Pacific, including a number of aircraft carriers, is composed of vessels from Britain, America, The Netherlands, Japan, Canada and New Zealand.

Open Source Intelligence account Intel Air & Sea has determined each of the vessels involved, he’s worth a follow so I recommend doing so.

The imagery from the event is fantastic.

The vessels are conducting joint training.

As part of its maiden operational deployment, the Ministry of Defence say that HMS Queen Elizabeth and her Carrier Strike Group will sail over 26,000 nautical miles, engaging with 40 countries from the Mediterranean to the Indo-Pacific and back again.

“This deployment will provide tangible reassurance and security to our friends and a credible deterrence to those who seek to undermine global security.”

The group comprises nine ships, 32 aircraft and one submarine and is manned by 3,700 sailors, aviators and marines from the combined forces of the UK, US and the Netherlands.

Last month, the ships and aircraft of the CSG21 undertook multinational joint exercises with global allies, including the Japanese Self Defence Forces and US Forces Japan. The exercises were designed to build interoperability between like-minded international partners in this globally significant region of the world.

“The Carrier Strike group offers Britain choice and flexibility on the global stage; it reassures our friends and allies and presents a powerful deterrent to would-be adversaries. Protected by a ring of advanced ships, submarines and helicopters, and equipped with fifth generation fighters, HMS Queen Elizabeth is able to strike from the sea at a time and place of our choosing; and with our NATO allies at our side, we will be ready to fight and win in the most demanding circumstances.”

There is a typo in the article for the name of the Kiwi Anzac class frigate.

nice picture, wow 4 carriers and lot of other ships.

Ditto, but you beat me to it

As much as the size and composition of this fleet, it is the number of countries that have contributed that matters. If additional countries are encouraged to get involved all the better. India is ‘non-aligned’ but as the old saying goes ‘against whom’?

Agree Barry, while a few aircraft carriers certainly sends a message, the number of participants is quite telling, good to see too.

The west’s response to China extending its reach out into international waters and other initiatives that have a seriously negative impact on the accepted world order, is taking shape. I wonder how much of this comes about. I have doubts concerning the American leadership, but perhaps there are those off stage who have given thought to these present arrangements and credible longer term policies. It is essential to build the largest and most extensive political alliances and ensure reciprocity as between equals; the days of the Great Powers is over, and all contributions must be respected. I would like to… Read more »

I couldn’t agree with more. But America’s advisories like China Russia and Iran have a strategy of devide and counter. As far as i see i it, them doing a pretty good job. The US and Western countries is more divided than they have ever been.

I largely agree Barry. Resolute united action & solidarity to contain the PRC when she tries it on. But do we have the political wisdom to see the big picture & longer term when so many in government are such lightweights or incompetants?

QE is gliding through the water, see the lack of wake compared to the other carriers that shows the props arent working hard and causing cavitation.

The props are new and not fouled yet, but it is actually a really quiet surface ship. Especially so on turbines.

There is a lack of wake as QE is running FPP and since they are only at crusing seed they are not operating close to their design point. The American carries are running CPP and will have pitched them up to load the turbine at whatever speed its running at. when all are runing at 90% MCR the the wake will have a similar profile.

Do we know where HMS’ Diamond, Richmond and Artful are?

Stupid question, of course we don’t know where Artful is. But the other two?

I think I’ve answered it myself. HMS Diamond is operating with the RAN (see her Twitter feed) and HMS Richmond is conducting a diplomatic visit in Vietnam.

Artful probably is somewhere under that mass of ships!

I’m guessing the SSN (s) will be nowhere the fleet. It makes far more sense to deploy them up threat…

I wonder if there’s a couple of American Virginia or a Seawolf under there too? I hope they have demarcation areas of operations with all that noise above they might not ever hear each other and the last thing anyone needs is two SSN bumping into each other.

Definitely a boomer or two knocking about the abyss

I was wondering how we lost a T45 and axT23 along the way; very careless!!

About time the peace loving allied nations tell china to go fly its kite somewhere else. SCS is for everyone!

Picking up where the ‘West’ left off at the end of WW2 but with the addition of Japan now, of course. That’s how you fight with Carriers i.e. same as with any capital vessel:- Not ‘a CSG’ – “easily taken out with a missile”, as we hear ad infinitum – but ‘a Pacific Fleet’ moulded around a number of A/Cs’ force-multiplying complementary air wings, and their escorts / supply ships.

I do love those Tico’s – wonderful (and well-armed) ships. Sadly half of them should be gone before 2026, there about the same age as out t23’s!

Whilst not the most important measure, am I alone in thinking our ships look the prettiest, especially the flagship..

No, that’s a TARGET!

Wonderful sight. Why no HMAS’s?

They’re tooling up for the 5 power exercises. That’ll make some happy snaps !

Quite impressive indeed. May the democracies remain strong and our alliances resilient in the coming years. 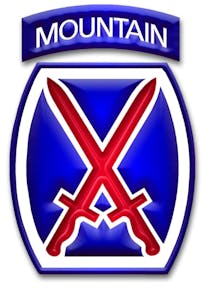 Great to see such a large international Naval force and in by being their letting the ‘Chinese Dragon know that this particular part of Pacific is not their ‘private boating lake’ /calm seas and fair winds to ‘One and All’ return safely.

… and does anyone really think only I submarine. The Americans will have at least two locally as will we and others. This is a statement to China, pull your horns in and behave, the rest of us are fed up with playing games. What you see is as nothing compared to what is really there.

Good to see the Comradeship of theNations

China has always understood that to control their maritime supply routes they must have control of Taiwan to have access to blue water. China is hemmed in by a ring of archipelagos beginning with Japan, Okinowa Islands, Taiwan, Philippine Islands, Indonesia, and Malaysia. China knows better than to try to send oil tankers through the Moluccan Straits, and pipelines across Central Asia are just asking for terror attacks. Even with control of Taiwan, China would still have to send oil tankers nine thousand miles farther, to the Persian Gulf, than if they could use the Molucca Straits.

Lots of tax money spent on weapons and war. Only politicians and the military suppliers who bribe them want this, nobody else. Making friends is cheaper and more pleasant for everyone.

This is encouraging, indeed! I have put up one of those pics as my Facebook cover photo. Greetings from Uzbekistan, the second double-landlocked country in the world.