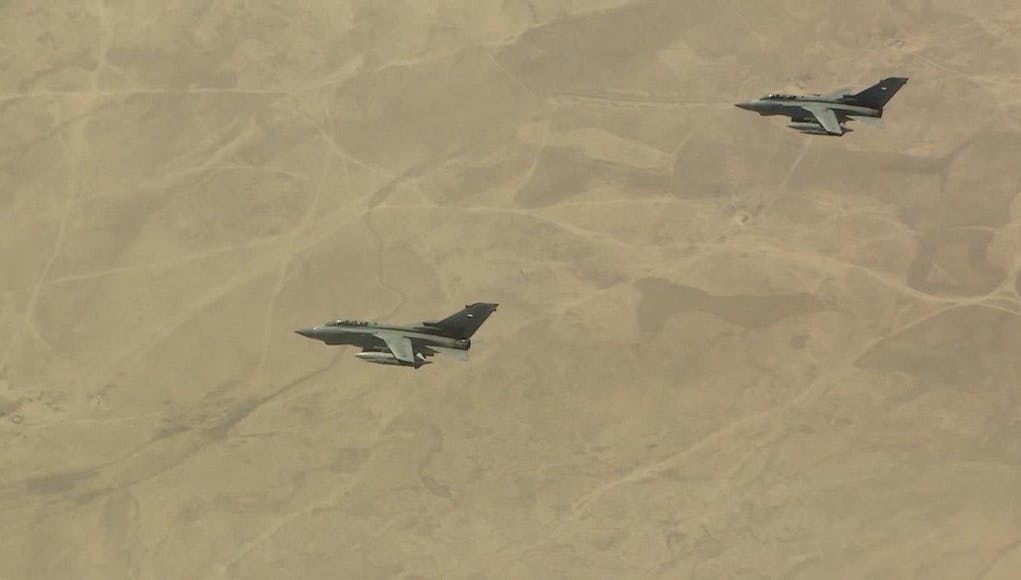 Typhoon, Reaper and Tornado aircraft have been in heavy use against Islamic State over Iraq and Syria this week.

According to a press release, Reaper operations occurred on New Year’s Day with Reaper unmanned aircraft destroying a group of Islamic State fighters with one Hellfire, then using a second to knock out an armed truck.

The aircraft spotted the truck reversing in and out of cover to fire bursts from a heavy machine-gun. A flight of Typhoon FGR4s were also active over northern Mosul, where they used a Paveway IV to attack a mortar position just to the north of the city.

A Reaper patrol also over Mosul provided surveillance support to coalition air strikes on terrorist fighters, including a recoilless anti-tank gun team, and employed a Hellfire to silence a Islamic State rooftop position that was firing on Iraqi troops.

The following day, a further Reaper attack occurred in south-east Mosul, striking a pair of terrorists who were in close proximity to Iraqi forces, whilst some 20 miles south of Kirkuk, a Tornado flight destroyed a truck with a Paveway IV.