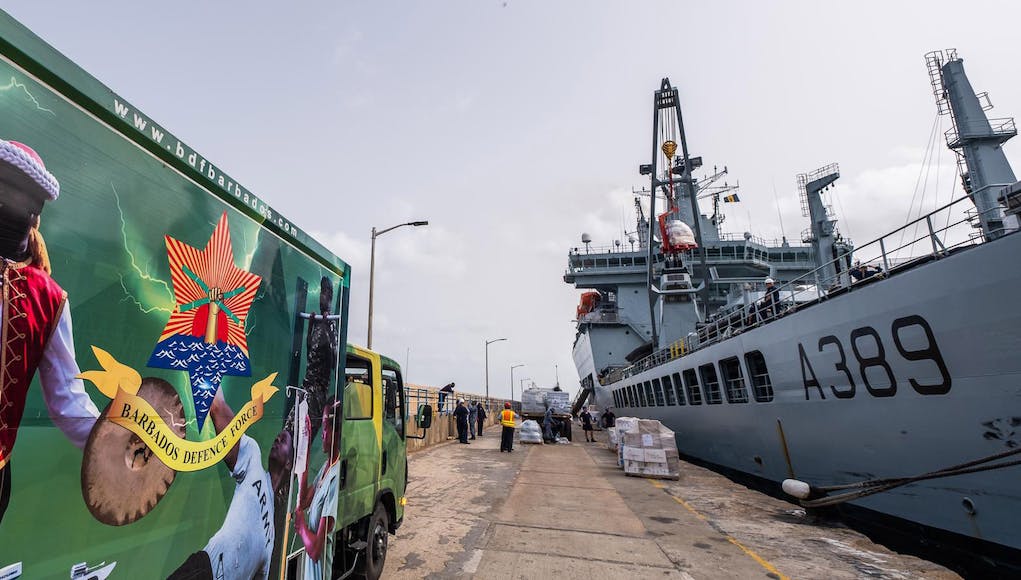 Tanker RFA Wave Knight has delivered 75 tonnes of crucial aid to Commonwealth citizens whose lives have been thrown into turmoil by a volcano, say the Royal Navy.

The intense volcanic activity has forced the evacuation of the northern half of St Vincent – the main island of the Commonwealth nation of St Vincent and the Grenadines – displacing around 14,000 islanders.

The eruptions – the first major activity in 40 years – dumped a thick layer of ash over homes and public buildings, and islanders seeking shelter away from the danger zone in temporary camps, where many of the basics of life are in short supply.

Tanker Wave Knight – which carries a Royal Navy Wildcat helicopter, disaster relief supplies and thousands of tonnes of fuel – collected an assortment of aid from the people of Barbados and the World Health Organisation during a lightning stop in Bridgetown.” 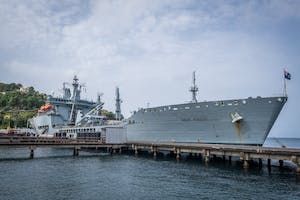 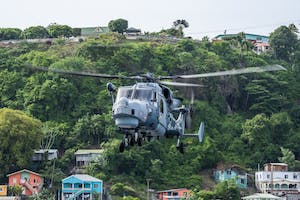 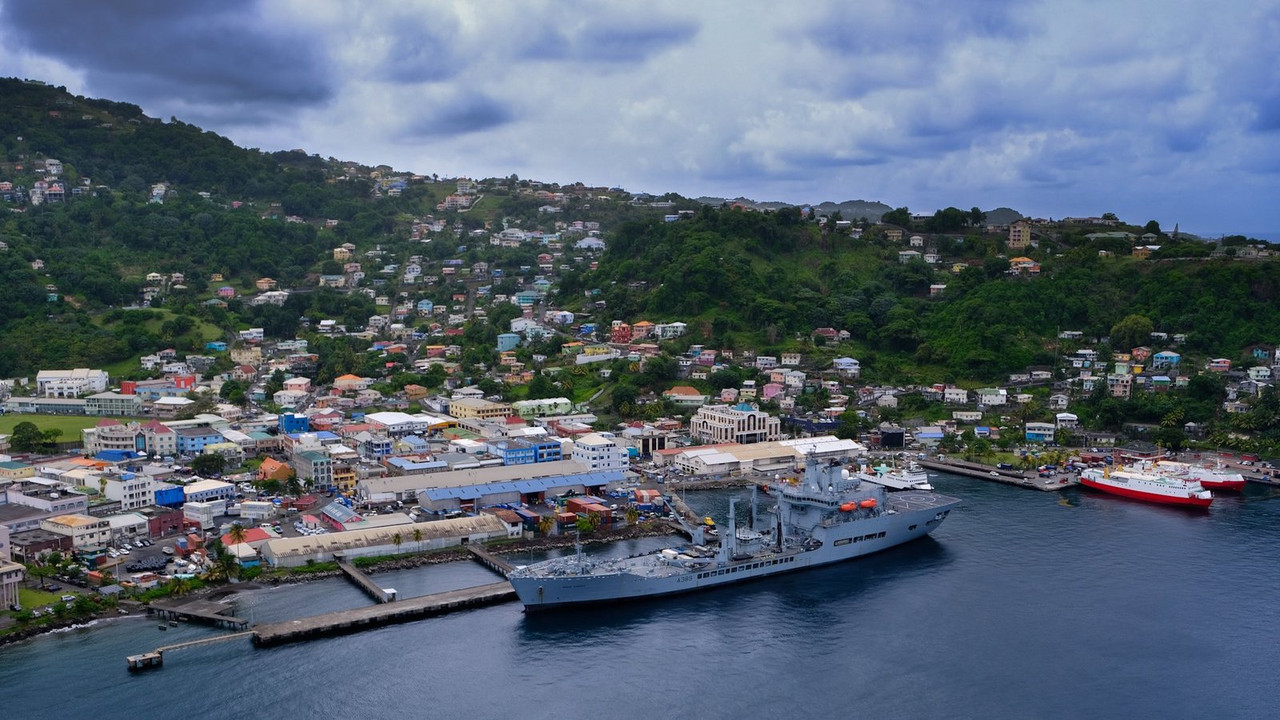 Great photos. It’s always empowering to see Britain and the RN giving its support and aid to the Commonwealth and those countries in need. Soft power in action.

Great stuff, it’s good to see such help being provided

Aye spot on pissing our money away on that 💩💩 was a disgrace probably one of the most outrageous examples however alas so does much of the foreign aid budget on less well publicised screw ups . Help for those in genuine need yes lining the pockets of corrupt nations and social justice shite no

Could you post your list of facts to show us all what you are saying please ? just asking as a “Daft Southern Kent”

Dear oh dear listen son you got your wee panties in a right kerfufel last time I don’t want to trigger you again.

Dont be lazy go research the point FPM made. A wee help for you get you started . 2016 The aid budget provided £5.2 million in funding for Ethiopian Arts projects one of which was 5 piece girl group “Yegna”This was in the lame pretext of aiming to enhance the role of women through performance. Somebody deserved the jail for that.Thankfully 2017 somebody saw sense and that project was axed.

Have you been to Scotland?

Some people think Germans are rude, but Germans may think English people are rediculouslly indirect, passive aggressive even.

Everyone speaks differently, get over it.

Erm, Nope, I think I hear you pretty loud and clear, as your post points out oh so clearly here again. Just why is this stuff allowed on here ?

It’s called irony…look it up.

No It’s not, It’s called Racism . Go look that up and btw, what gets typed on here stays on here. Especially when one can Screen Shot all the comments ﻿ 😶 ﻿

Please don’t tell me what I meant.

Different cultures have different ways of expressing themselves, so occasional misunderstandings are somewhat inevitable, that’s my point. We have to give others the benefit of the doubt before jumping to conclusions.

So I apologize if my sarcasm went over your head, but please consider other interpretations before making accusations, as this will help to avoid misunderstandings.

Borg, Have you ever visited any countries or lived in countries apart from your birth place? Intolerance as you attempt to portray it is a UK thing. I can assure you it is not. I have lived in 4 countries outside of the UK and all of them have people who do not like foreigners, make comments or take actions against visitors. Every Country I have visited, and its well over 100, where intolerant to people for religion, tribal, medical, racial, education, caste etc. Intolerance is a human trait. You can be a woke warrior in your own social media… Read more »

Smile please. click. These comments are not helping this site’s future in the public domain. I’m sure the Site’s owners will be taking action soon. Click again, ﻿ 😶 ﻿

Just to add, My SD card will not have enough storage capacity to shoot all your post’s, would you be able to delete a few for me ? I did spot a couple of dozen that weren’t offensive or racist.

SD card… How quaint!
I assume you back it up to your 5 1/2 ” floppy
Have you heard of cloud storage?
Apparently its the latest thing or so I have been told.
😏

Not quite sure how “son” equates with racism.

Borg, you asked somebody to explain the Ethiopian spice girls remark, he did and your response is to play the ‘Race card’ could you be so kind as to point out the exact remark made which was racist. From what I can see, there wasn’t, and in an attempt to save face you played the race card. Sorry to inform you, its been declined.

That reads like a typical media click bait story. Thanks please, how much of the money went to the band, and why did it go to the band. Mistakes happen, when so much money is involved considering the overall budget is in billions.

I’m sure it was probably less than gets pissed up the wall on botched defence procurement, and various other pointless projects!

It was reported on multiple sources including BBC

Not sure why he pulled the racist card there was no need. It’s easier to counter an argument and viewpoint originating in the Nazi supporting Daily Mail. In my opinion the funding for Yegna was a decent spend coming out of the aid budget, they were formed with help from the Nike Foundation to try raise awareness of what young girls and women in Ethiopia live through, which is 75% suffering domestic abuse, 1 in 5 children being forced into marriage, highest rate of marriage by abduction, 60% of all women and girls suffering sexual abuse and 64% of girls… Read more »

October 12, 2021
This will be the first commercial rocket to go to space from the UK.