Home Opinion China and the next Space Race 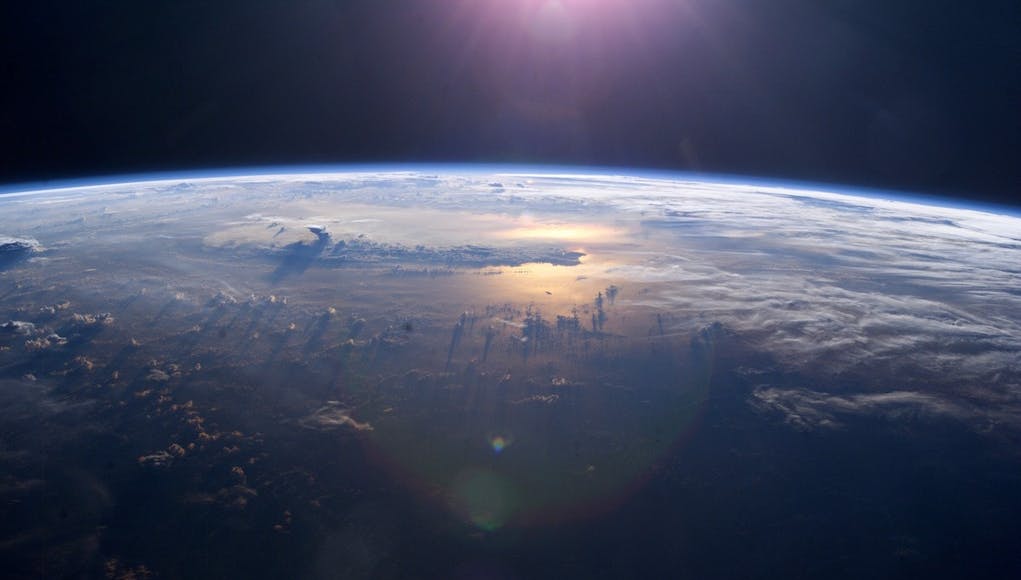 In 2003, China sent its first astronauts into orbit around the earth. The space race is on again.

This article was written by James Durso, the Managing Director of Corsair LLC. He was a professional staff member at the 2005 Defense Base Closure and Realignment Commission and the Commission on Wartime Contracting in Iraq and Afghanistan. Mr. Durso served as a U.S. Navy officer for 20 years and specialised in logistics and security assistance.

Since then, China has slowly and resolutely expanded its space program, increasing its clout as an aerospace powerhouse, and a challenger to the space programs of the U.S., Russia, and the European Union.

According to the U.S. Department of Defense (DoD) annual report to Congress on Chinese military developments, China’s military space program “continues to mature rapidly”. Most recently, China made history by landing a craft on the dark side of the moon, a feat never before accomplished.

China is increasing its space program in an attempt to become an “aerospace superpower” and take command of the ultimate high ground with an eye to a future defeat of the United States. Thus, China’s desire to militarize space may sit uneasily by the space programs of Russia and the U.S. which, after a Cold War-inspired race to the moon, settled into a collaborative program through projects such as the International Space Station.

While the potential for space cooperation between the United States and China certainly exists, there is no doubt that China’s growing aerospace capabilities make it a potential threat to American sovereignty and other nations’ use of the space “commons.”

China could soon surpass the U.S. in research and development spending, threaten to overtake America’s technical leadership. If America is to retain its primacy, it cannot delay while other nations innovate, especially when such innovation could prove to be a threat to national security.

How can America ensure its continued competitiveness in space?

The most effective way to maintain stability among nations and the free use of the space commons is to build up our space capabilities and implement a “peace through strength” strategy.

Read more of this article here, courtesy of RealClearDefense.

Just curious. How many people think the moon landings where faked?

Alternative scenario: They probably did land on the dark side, but all their kit was stolen.

I hear quite a lot of people still believing it no matter how much you explain the very basic faults in the argument like the shadows and the flag blowing in the wind. I think its become something of a political football now, the more negative towards the US one is, the more likely to want to doubt any of their achievements and suppressing all fact based thinking. Hardly helps when you have a President who is a Master of that very quality.

Faked moon landings would have been so easy to detect by any nation with some radio telescopes. Such as at Jodrell Bank or in Russia, West Germany , etc. You can easily tell if a broadcast is coming from the moon, and even pick it up yourself. Jodrell Bank was in fact used during the USA space program. People who think it was faked are ignorant of basic science.

America is only ahead because if has the money. Then again that can be said about a lot of things. It’s the sell to the public that counts even though ‘space travel’ isn’t that expensive. We live in an age that thinks very short term and is generally ignorant. The former is where the Chinese win because they plan long term and don’t have to worry about opinion. It’s all about confidence. And at the moment our civilisation lacks it. For example all this talk about Mars. We need to ‘shuttle’ back and forth to the Moon and live there… Read more »

I mean with China vs West, I’m sure whilst government confidence plays a part, probably bigger factor is Chinese don’t tend to have much say in government policy compare to West (via elections). But definitely an argument to be made that governments need to better at illustrating the benefits of space travel/activity to the day to day lifes of citizens.

Then again NHS, social support etc will always be bigger vote winners due to their more immediate impacts on peoples day to day lifes.

Very true though just imagine how many advances that would have applied to that now are integral to the betterment of our lives and indeed health. Space mind is the biggest sell by far in that regard. However for anyone who has more than two children to have an overt negativity to space science seems somewhat hypocritical to me as it might be mankind’s only solution to tolerating that expectation long term.

The UK does well in this area, what with all the satellites it has made up there.

That said, orbital spacecraft and laser systems may become more prevalent. if so, I think we’ll invest in ground based weaponry. Bit easier to construct. No weapons satellites for us.

Space-warfare will remain tethered to the ground for a long time yet, just as sea warfare remained tethered to the land through galley warfare. We’ll only get autonomous kinetic kill vehicle carriers and mobile laser platforms after/if we build infrastructure on the moon and elsewhere.

Don’t do conspiracy theories, by discrediting China’s recent achievements we then challenge the authenticity of the Americans. The great UFO myth was created to distract and used as a tool to cover up technology ahead of its present day time, away back in the 40’s and onwards. The significance of the V2 rocket ? was pivotal in eventual space exploration. And now, present day, military planners see space governance as a real headache. We’ve got this far, it’s quite clear that nothing is off limits. And if you think about it, Mars is the only planet occupied by Robots ?.… Read more »

NASA and It’s government subsidised contractor base is a failed enterprise however the US has Elon Musk and Jeff Bezos knocking out the biggest and best rockets in the world with little government input. China can never hope to match that. The UK also is launching some of the most innovative approaches to space we have ever seen from cheap reusable bio fuelled rockets and mini satellites in Scotland to scifi style space plane engines in Oxford. China is still unable to manufacture ball point pens as it lacks the precision capability to make the ball points. I can’t see… Read more »

Ever been to China?

I’d describe China as the land of opportunity, corruption, knock offs, bright and enthusiastic and patriotic peoples.. An element of brainwashing is evident, that said, they are achieving western lifestyle and fairytales yet sticking to thier political script at home living of the capitalist dream and to endeavour to do what others have achieved before them.

About time we said bye bye to an attitude that cost us our empire.

Kirkland, hello. Yes I have been to China, many times, but no longer go. I no longer go for some of the reasons you state above. They are the most corrupt country in the world, it’s part of their very fabric. Its in their nature to cheat, lie and practice fraud. In their mind not standing up to their behaviour is a sign of weakness. They think the west is weak and can be used and manipulated. They have reached a point now where their hubris is such that it’s a real threat to peace in the greater pacific region.… Read more »

The Rise of China: Will it lead to a security dilemma...

What is the purpose of Tempest?