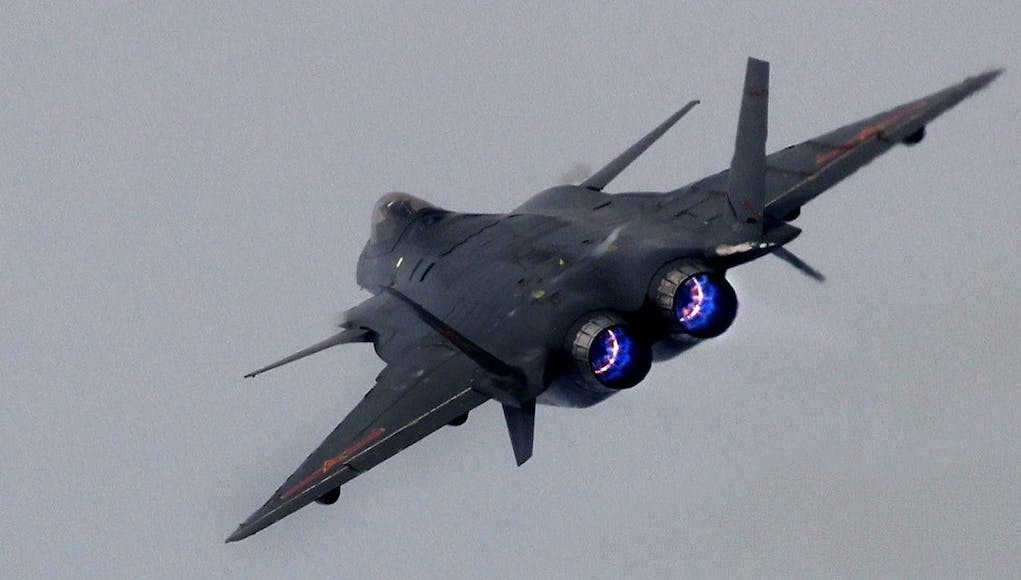 Comments by a missile specialist on Chinese TV suggests that China has completed development of its advanced PL-10 short range air to air missile.

The PL-10 was first seen in 2013 being carried by a J-20 fifth-generation fighter (pictured above). It has also been seen on the wingtip pylon of a J-11 fighter aircraft.

The TV report featured an interview with the PL-10’s chief designer, Liang Xiaogeng and provided significant performance data about the new weapon before its unveiling at a major arms show. It was reported that the PL-10 weighs 89 kg, a length of 3m and a range of 20 km.

The designer also claimed that the PL-10 has “world class” capabilities that include a “multi-element imaging infrared seeker with anti-jamming capabilities” and indicated that it is capable of high off-boresight attacks and has super manoeuvrability. It is also expected to work with helmet mounted displays.

probally a cheap knockoff like they always do tbh

Didnt they claim their air dominance a few years ago?… using scenes from the movie top gun to represent ‘target drones’ being shot down by state of the art chinese missiles…

US to operate ‘wherever’ law allows in South China Sea