Home International China have no plans to fight in Syria 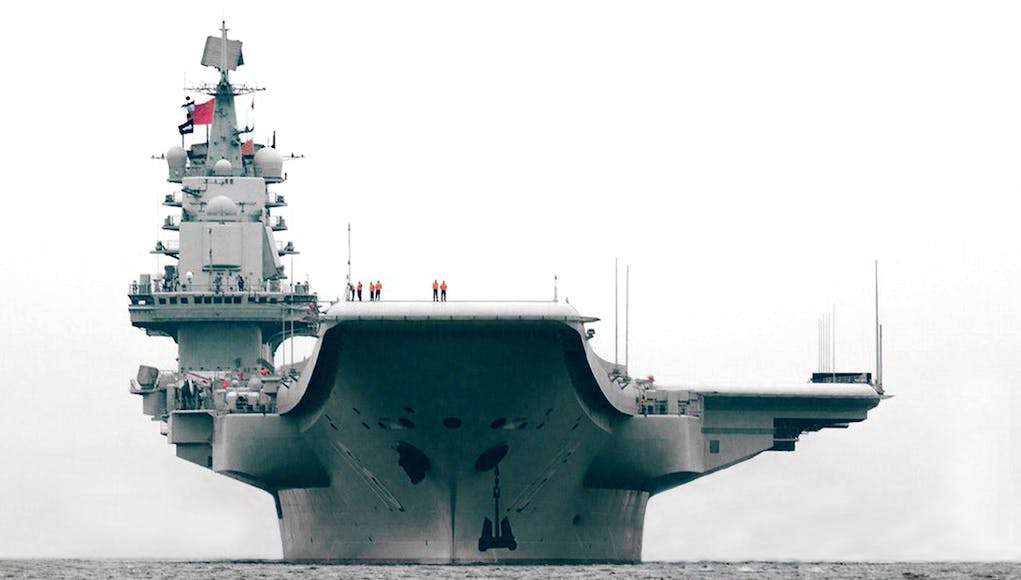 China has confirmed it has no plans to send military vessels to Syria to fight with Russian forces after reports in overseas media indicated it was planning to do so.

Chinese media picked up Russian and Middle Eastern news reports that China would fight alongside Russia in Syria, and that China’s sole aircraft carrier, the Liaoning, could participate too. We reported that this was not going to happen, at the time.

Chinese, most Western and Middle Eastern media described these reports as “speculative nonsense”.

The incredibly notorious ‘DEBKAfile’ claimed that the Liaoning had passed through the Suez Canal recently, this was not the case.

“I can tell you that as for China’s warships, for example the Liaoning, whether it has gone to join, for this issue, as far as I know, there is no such plan. At this time the Liaoning is in a phase of carrying out technical training and military exercises.”

A Chinese naval expert had also dismissed reports that the People’s Liberation Army Navy is sending an aircraft carrier to Syria to assist in the fight against Islamic State.

Many media outlets picked up a report from the news website Al-Masdar, which cited a Syrian army official as stating that a Chinese carrier is on its way to Syria.

We need to build an Army of at least 250,000 ground forces, double size of Royal Navy to include 4 Aircraft Carriers, have land Nuclear and Cruise Missiles, get the ships built quickly by using all these benefit scrounging Migrants! We need to be a military power once more or Russia and over communist will continue to dictate to the world which consist of the weakest Western Leaders in History

Worst plan, whats worser will be within the next five years we will be under a Russian dictatorship

Oh Eamonn, stay away from the Internet

Tom Baker I will never stay away from the internet, soz but I speak my mind and am alive to reality

That’s not a reality, it’s fantasy

The UK already has greater at-range power projection capability than Russia, what use would half of those things on your list be?

Using migrants to build ships strikes me as the ranting of someone who has no idea how the defence industry works.

Germany tried forcing people to build their equipment………………..they didn’t work out so well………………….

That is a fantasy when we have so many weak leaders in the world but I am not saying that is a reality I am saying, the reality is we have no influence and to many people are blind to the threats of communism especially Russia

With russia its more politics not military.

That’s factually incorrect, the UK is rated higher for global influence than Russia, also what part is a fantasy?

Mmmmm even if russia did attack the uk direct we could more than hold them until the rest of nato counter attacked. Dont forget russia would not just be attack us they would be declaring war on nato and that is a war russia could not win.

Greater at range projection, they have 1000 times more nuclear power plus many more missles, ships and men. People can be trained to help at least build parts. Those things on my list would be very useful. Seems as russia is using their fleet to dictate on Syria and anyways at least if we have a big navy we can prevent an invasion of Britain. The world has not learnt from 1930s France had a the biggest Army in Europe and Britain was not doing too bad itself but the leaders then still decided to appease Hitler who had a… Read more »

Benefit scrounging migrants that are over here taking all of our jobs..

I also have a strong military background in my family my dad and his brothers all served during ww2 and cold war, I also follow the defence industry well, don’t insult me

“Greater at range projection, they have 1000 times more nuclear power plus many more missles, ships and men.” – You realise that I said power projection, right? That’s the ability to deploy and sustain forces far from their home base. Russia has more men in total, we have the ability to deploy more men however. I suggest you read up on what ‘power projection’ means. “People can be trained to help at least build parts. Those things on my list would be very useful.” – You do not work in the industry and to be frank, that comment was stupid.… Read more »

Higher- are you in a computer game, Putin clicks his fingers and everyone including us jumps to his tune. Syria he vetoed Military Action against Assad so even though he clealry gassed his own people we let him get away with it now Russia are attacking rebel forces and what are we doing? Nothing. We should respond by attacking Assads forces but we wont as everyone just seems scared of 1 Man who we have ample opportunity to assassinate in the last couple of years.

Eamonn, with respect, my dad is a roofer… it doesn’t mean I can build roofs.

But then youll know that it all come to politics with russia they arent that stupid to try anything they may do this and that to flex its muscles but realistically russia is a bully trapped in a corner it has nothing to do wirh military might uts to what governtment has the bifgest brass balls and that is firmly in britains quarter evert now and then they slip just slightly beyond the half way lune but quikly snached back our influence its far greater.

“Higher- are you in a computer game, Putin clicks his fingers and everyone including us jumps to his tune.” – Cite an example please. Oh and no, not a “computer game”, don’t be silly.

“Syria he vetoed Military Action against Assad” – You realise we voted against it too, right?

“so even though he clealry gassed his own people we let him get away with it now Russia are attacking rebel forces and what are we doing? Nothing.” – Our parliament voted against action in Syria, we are governed by law.

But then youll know that it all come to politics with russia they arent that stupid to try anything they may do this and that to flex its muscles but realistically russia is a bully trapped in a corner it has nothing to do with military might its to see what governtment has the biggest brass balls and that is firmly in britains quarter evert now and then they slip just slightly beyond the half way line but quikly snached back our influence its far greater.

Eamonn they may have a bigger force but it means nothing unless the caught the uk unaware and landed them with no resistant and that is impossible, there only other option would be to move through europe and take complete control this again would not work as it would give nato even more time to respond. As for nukes even putin isnt that daft he knows russia along with rest of the world would be destroyed.

Not really no, the point I’m making is that it’s a logical fallacy to claim you have defence background because you know someone who was in the military.

Np pay for it out of bureaucrats and MPs wages plus by cutting 90% of the foreign aid and European budget . If I was already that rich I would of done it ten years ago perhaps

We all have a hope in hell that the half the foreign aid lol and as for europe ha lol.

Brian Trueman I agree on that

Eamonn, you realise your suggestion wouldn’t even fund 5% of your plan, right?

Just going on prices and escort increases for two extra QE class would be somewhere around the region of; £6.5b for two carriers, £500m – £1.2b for 2-4 extra T26 frigates, £2b for 2 extra T45s, nearly another £2b for two more Astute class. I’m not going to bother with the cost of all air the assets, naval bases / docks, repair and upgrade programs et cetera. That’s just for the carrier increase side of things.

We send more money aborad per year then the cost of Trident which last for 20-30 years. I think funding would not be an issue

You don’t think funding would be an issue despite your proposed savings making up around 5% of the total costs needed? Are you… are you joking?

China HAS no plans to fight in Syria.

Eamonn,so many of your comments are badly informed,I’m not trying to be rude but you’ve got the wrong information to base your views on

of course they have no plans…. because they don’t have capabilities to do that.

Their CBG still needs years to achieve the operational maturity. We all know that putting some vessels together won’t do it.

Please do some “proper” research on what makes a country powerful and what makes a country scary. Russia are like retards on steriods. We do not need to match their numbers to beat them. For example the Type 45 and Astute. Russia have nothing to combat these. Their only aircraft carrier is a sack of shit which just broke down again. Their economy will crash before they can maintain any sort of all out attack on NATO.