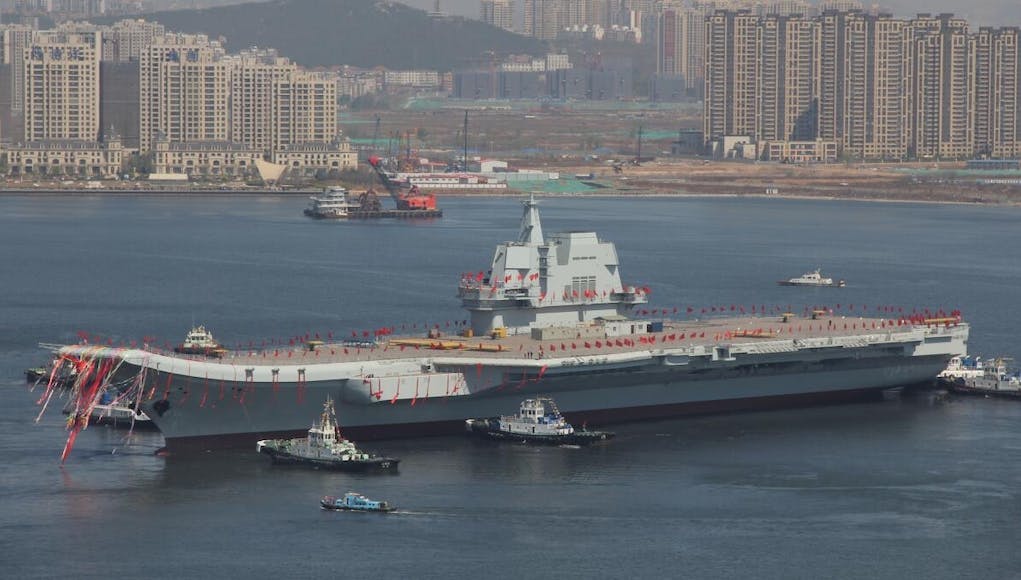 The Type 001A aircraft carrier is the first aircraft carrier class independently built for the People’s Liberation Army Navy. The vessel is being constructed by Dalian Shipbuilding Industry Company and started in 2015.

The Type 001A is an improved design based on the Kuznetsov-class aircraft carrier (known as Type 001), and also uses a ski-jump bow flight deck. 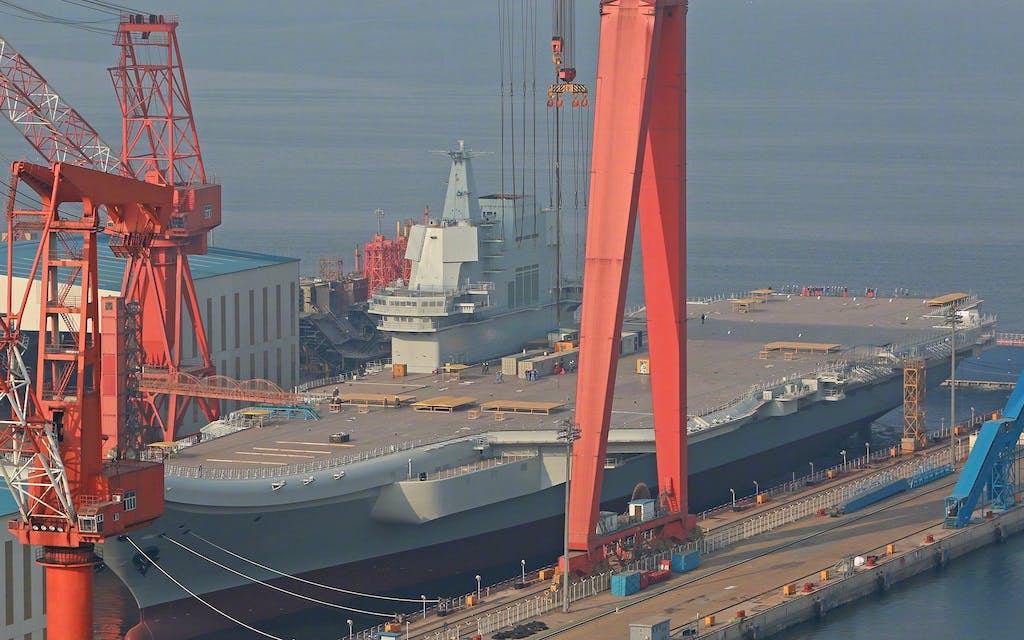 In December 2013, the Central Military Commission told Duowei News it planned to commission two Liaoning-pattern aircraft carriers by 2020, designated as Type 001A.

Contracts were awarded to China Shipbuilding Industry Corporation to build the two carriers. The cost is projected to be US$9 billion according to several sources.

The 001A is a conventionally powered with a displacement of around 50,000 tonnes. It is likely to be powered by oil-fired boilers and steam turbines, though previously there has been speculation that it could be gas-turbine propelled.

According to satellite images of September 2015, the layout suggested a hull to have a length of about 240 m and a beam of about 35 m. The incomplete bow suggests a length of at least 270 m for the completed hull.

Commissioning is planned for 2020.

Smart looking tub. I thought they had gone for the twin island design too, or was that a Russian design I’d seen?

Might have been the Russion Shturm design I think.

Thanks for that, and for persevering! 🙂

For some odd reason I’ve never looked at the PLA Navy before.

What is impressive is the speed of construction. They have built this vessel in 28 months. The PLA are building a 2nd cats and trap type 002 hull which is essentially a slightly larger version of this hull. Also building large numbers of Chinese Aegis equipped type 52 and type 55 hulls. The PLA have just authorised an increase in their marine corps to over 100,000 frontline troops and are building 2-3 new 32,000 ton lphd hulls so they will have ARG capability in 3-4 years time. All in all they will soon be able to outgun the entirety of… Read more »

Ah, glad I kept this thread bookmarked. Yes, they will indeed be able to provide that area superiority if they can’t already.

Considering North Korea as a present distraction, it perhaps shows the need for the US to talk to China rather than shout at them.

It could be argued by some that China held a bit of a balance of power during the (first) Cold War which helped to stop it becoming a hot one, and perhaps they do now as well.

They are building impressive capability at a rapid rate. Unlike us. Big, medium and small shiny toys, at scale.