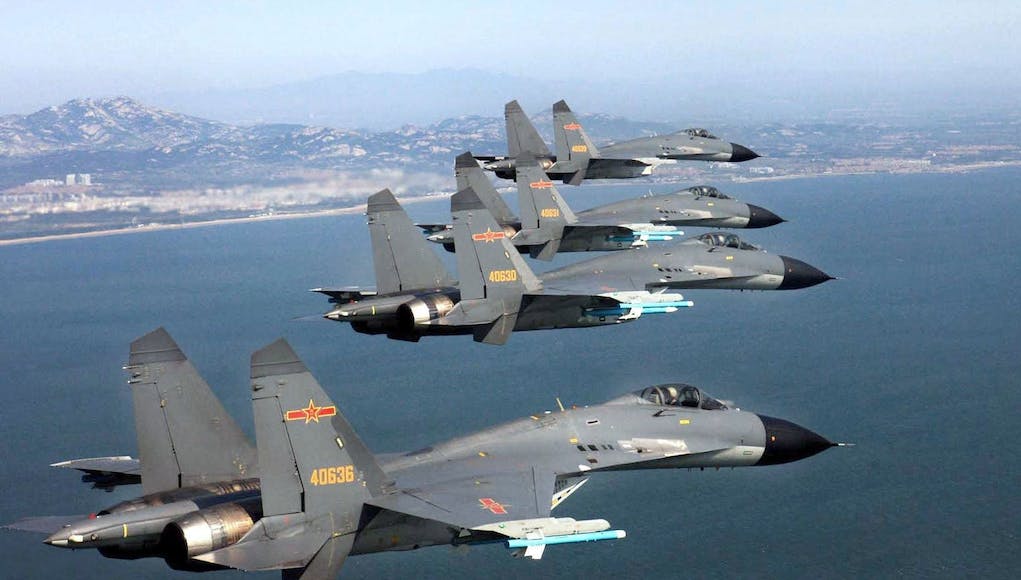 As Russian and Chinese navies have been practising together for the first time in the Baltic Sea during the start of August, Beijing has been busy on the domestic front.

The PLA Navy conducted naval exercises in the Yellow sea from July 27th to July 29th.

During the middle of these initial naval drills in the Yellow Sea, North Korea conducted another ICBM test on July 28th. China’s foreign ministry stated opposition to “launch activities that run counter to Security Council resolutions and the common wishes of the international community.”

On August 4th, China announced a second round of naval exercises in the Yellow Sea. The PLA Navy closed off approximately 57,000 square kilometres of the Yellow Sea, making it off-limits to all vessels until 18:00 local time on August 8th.

This five day drill restricted the sea lanes between coast of Qingdao and waters east of the southern city of Lianyungang. This area is a potential flash point around the Korean peninsula. The Chinese PLA Navy initially released no other information but to describe it as a ‘large-scale’ military operation. After these drills details and various images have been released to Chinese media outlets showing Type 054A multi role frigates firing C-803 anti-ship missiles and heavy YJ-62 missiles from the PLA Coastal Defence Force.

According to the Xinhua News Agency:

“In addition to naval forces, which took a major part in the drills, forces from the PLA Air Force also participated.

The drills, involving dozens of surface vessels and submarines, more than ten aircraft as well as troops of the coastal defense force, carried out exercises including different forces’ joint operations against offshore and onshore targets, as well as air interception.

The PLA Navy said the drills aimed to test the military capability of systemic combat, operation and training methods and weaponry”.

The timing of this operation could be interpreted as an act of discouragement towards the North Korean government. China, as Pyongyang’s historical ally, has struggled to reign in Kim Jong-un’s military actions. President Donald Trump has been complaining loudly about China’s lack of action when confronted by North Korea’s violations of international treaties.

China’s actions are ambiguous. On Aug 3rd, Chinese Foreign Minister Wang Yi, urged all parties to reduce “any actions that will lead to an escalation in tensions”. These ‘large-scale’ naval drills may also be a show of force to the US and Japan, as well as a regional reminder to other neighbours of China’s military capabilities.

The size of these drills show that China has the capability to intervene in the region and as such the drills are a timely reminder that this area is China’s ‘back garden’.