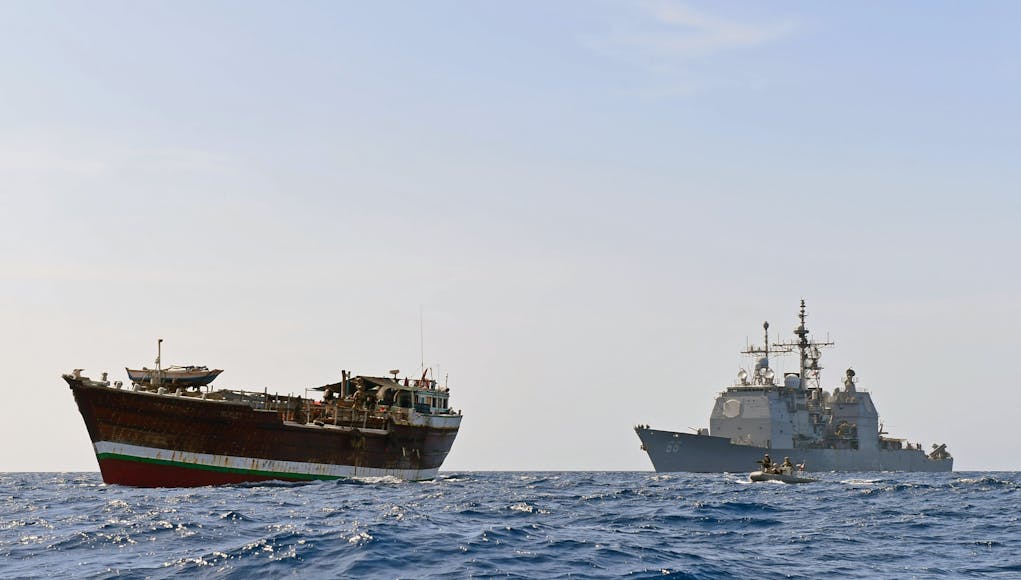 In a four-month span, Combined Task Force 150 (CTF 150) has proven itself a formidable force against narcotics trafficking, with 10 drug seizures totalling over 3,300 kilograms.

The French frigate FS Surcouf added to the list with seizures that collectively totalled nearly 400 kilograms of heroin from two dhows between April 28th and the 3rd of May.

Led to another dhow by a Royal Danish Air Force maritime patrol aircraft operating in direct support of CTF 150, Surcouf then made another seizure of 116 kg of heroin on May 18th.

“Ultimately the continued successes of CTF 150 demonstrate the value of the multinational collective of like-minded nations that make up the Combined Maritime Forces and certify that when navies work together, all nations profit with increased maritime security.”

CTF 150 is one of three task forces under the CMF, and its mission is to promote maritime security in order to counter terrorist acts and related illegal activities which terrorists use to fund or conceal their movements.

CTF 150 has been led by French Marine Nationale Rear Admiral Olivier Lebas since April, supported by a combined French-UK staff. Participation in CTF 150 is purely voluntary on the part of each of the CMF’s 31 nations. Prior to Lebas, CTF 150 was led by Royal Canadian Navy Commodore Haydn Edmundson.

These aircraft provide support to CTF 150 through surveillance of the sea lanes and their ability to direct warships to the dhows suspected of trafficking narcotics. CMF officials estimate that a street value of over $300 million-worth of narcotics has been confiscated from March to May. The confiscation of such a large quantity of illicit drugs aims to prevent transnational terrorists and other extremist groups from profiting from the drug trade.