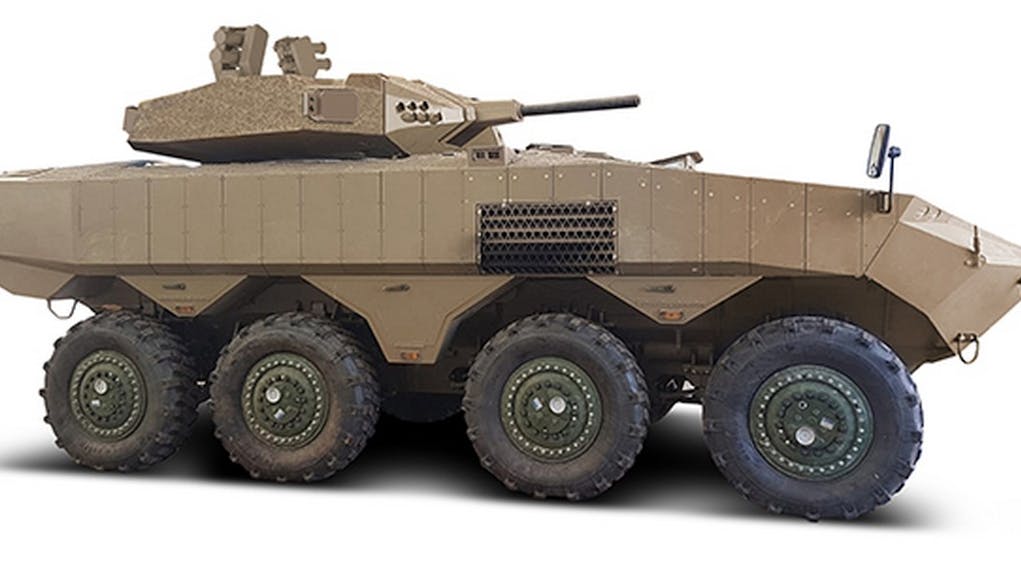 Elbit Systems has announced that it was awarded an initial contract from the Israeli Ministry of Defense to provide Iron Fist Active Protection Systems (APS) for the Eitan Armored Fighting Vehicles (AFV) of the Israeli Defense Forces.

The contract will be performed over a five-year period.

“The Iron Fist system provides 360-degree protection coverage for close-range scenarios in both open terrain and urban environment. The systems’ high-performance, versatility and negligible residual penetration, as well as its low size and weight and ease of integration, position the Iron Fist as an optimal APS for any fighting vehicle.”

“We are proud to be in a position to provide the IDF with such an important operational capability. This award adds to the growing interest in the Iron Fist by many modern armed forces who seek to enhance the protection capabilities of their AFVs.”

The United States Army still suffers from the old “It wasn’t invented here syndrome”. I get a lot laughs from the Israeli about my misadventures during my parachutist training in Israel. You crazy American when are you properly pronounce “yes sir” in Hebrew?

What? The USArmy is already purchasing the Trophy system for it’s main battle tanks. Btw, why would the US want to buy a foreign system when it can produce a comparable system at home and control all the aspects of that system. When buying a foreign made system you are highly dependent on that country to support said system throughout the lifetime of the product. You never know what the political situation might be in the foreign country. They might choose at some time to stop supporting it, ect. Foreign countries face the same thing when they buy a US… Read more »