Home North America Entire US Navy fleet in one day operational pause
Share
Facebook
Twitter
Pinterest
WhatsApp
Email
US Navy officials have ordered a temporary halt in operations after a spate of maritime accidents.
An advance copy of a statement expected to be released by US Chief of Naval Operations Adm. John Richardson says:
“I have directed fleet commanders to immediately conduct an operational pause with commands and leaders across the fleet, to ensure we are taking all appropriate immediate measures to enhance the Navy’s safe and effective operation around the world.
This is the second major collision in the last three months, and is the latest in a series of major incidents, particularly in the Pacific theater. This trend demands more forceful action.”

The following is a statement released by Secretary of the Navy Richard V. Spencer on the latest incident, this time involving the USS John S. McCain which was involved in a collision with the merchant vessel Alnic MC while underway east of the Straits of Malacca and Singapore this morning.

“Our thoughts and prayers are with our shipmates onboard USS John S. McCain. The Navy family comes together during times of crisis and I want to thank those who are providing around-the-clock assistance to the affected Sailors and families.

As details continue to emerge, we can be proud of the heroic effort by the crew to tend to the needs of those injured and save the ship from further damage while returning safely to port.

I also want to express my appreciation to the government of Singapore for their swift support and assistance during this time of need.

The United States Navy will fully investigate the cause of this incident and I ask all of you to keep the families of John S. McCain in your thoughts and prayers as we begin the task of answering the many questions before us.”

To quote Al Murray on the Americans..

And y’all hit a merchant with what how was it Mr.Fallon put it “the most advanced submarine in the world”. Do not cast stones. Accidents and tragedies happen at sea. In this case men died. While considering where the damaged area is they were in their rack. The ship was only saved because someone found it within themselves to give the order seal the compartment. Knowing their friends and shipmates were in there. DO NOT QUESTION THEIR PROFESSIONALISM! You have never and in all likelihood will never be there.

One is a submarine that is under the water. The other is a ship on the surface with clear visibility. And it’s happened FOUR times in the last twelve months. The two are barley comparable.

As someone who was on a carrier when the hangar blew up by an aircraft gun going off and peppering other aircraft armed with bombs and rockets I know what danger is and if they sealed the compartment with shipmates in it they did the correct thing.
PROFESSIONALISM kicks in.

Care to elaborate? That sounds like a fascinating story

HMS EAGLE…SUEZ. armourer removed the trigger safety pin from a Seahawk 20mm cannon that had a jam..the gun went off..peppered other aircraft in the forwad lower hangar, caused big fire and multiple armament explosions mainlt20mm stuff. The resulting fire was horrendous….I saw it through the “porthole” of the airlock, frightened me stiff as the other aircraft forward had bombs and rockets mounted on the wings ready for a “strike” One chap.”Jesse” James the hangar sentry in the Hangar Control Position ,dropped the hangar fire curtains and I turned the sprays on as I was in the port for’d airlock…Anyone in… Read more »

Well said Elliot. Guy’s do you remember that Type 42 that managed to hit a flipping island !

Second such incident in a few months. There does appear to be a problem. Tragic as there are once again casualties. US sailors are just as dedicated and brave as ours and it’s a real shame that they appear to suffer from such poor leaders at present. Basic errors in seamanship and navigation resulting in over a dozen dead crew and two badly damaged destroyers (one possibly beyond repair) are unforgivable. An investigation will doubtless be announced soon, until then thoughts our thoughts should be with the families of the brave servicemen who died in the event.

Something wrong with our bloody ships today – skip :)) 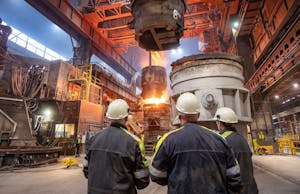