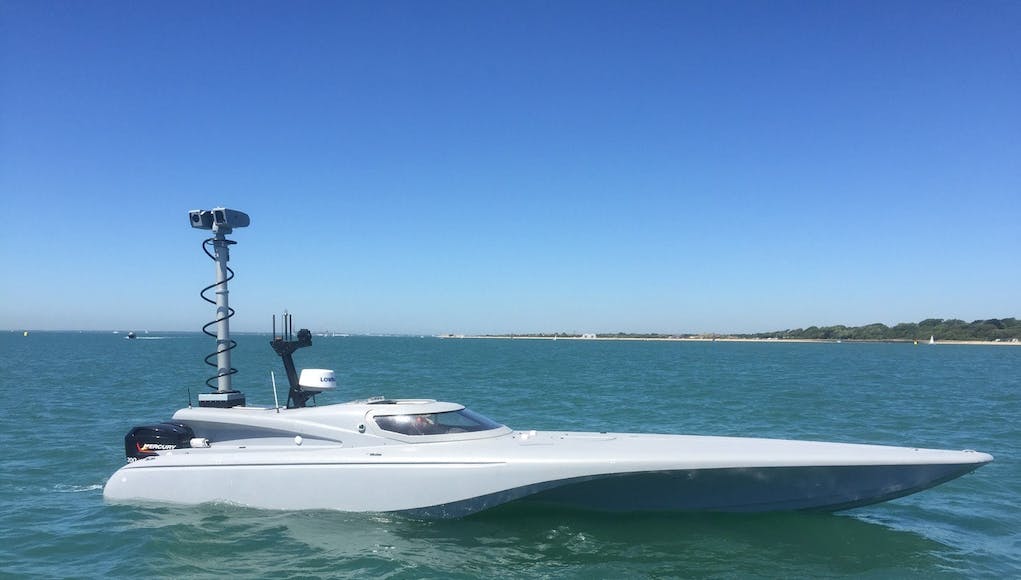 Defence firms are taking part in Unmanned Warrior 2016 where they will show off the future of autonomous, unmanned combat systems at sea throughout October.

In line with the Strategic Defence and Security Review direction on innovation and defence exports, the Royal Navy has invited industry, academia and certain Defence partners, including the US Navy, to safely experiment and demonstrate the potential offered by maritime autonomous systems within the Joint Warrior operational environment.

“What we are seeking to achieve is an event that re-shapes the market to provide new opportunities for everybody, and capability transformation for the Navy.”

In 2014, the First Sea Lord announced that Exercise Joint Warrior 16 would be the centre piece of a demonstration of unmanned systems, with various industries being invited to demonstrate in a relevant setting – this will be known as Unmanned Warrior.

Joint Warrior itself provides a complex environment in which UK, NATO and allied units can go through training together in tactics and skills for use in a combined joint task force.

It is also understood that the Unmanned Warrior exercise will be used to examine options for the replacement of the ScanEagle remotely piloted aircraft system, which will go out of service in late 2017.

The Royal Navy claims their ScanEagle systems will not participate in the exercise due, partially, to operational commitments and also because it considers that the technology on their systems are “out of date”.

However, a newer version of the drone will be demonstrated by the manufacturer.

None of the ScanEagles currently in service with the Royal Navy will participate, although the manufacturer Insitu plans to showcase a newer and vastly more capable model.

“What we are seeking to achieve is an event that re-shapes the market to provide new opportunities for everybody, and capability transformation for the Navy.

This is a chance to take a great leap forward in Maritime Systems – not to take people out of the loop but to enhance everything they do, to extend our reach, our look, our timescales, our efficiency using intelligent and manageable robotics at sea.”

“The growing scale of Unmanned Warrior is a clear demonstration of the Royal Navy’s ambition to lead and win through technological innovation. Unmanned maritime systems will change how we operate, but they’re just the start. Our pursuit of new technologies and ideas – from big data to 3D-printing – will ensure we remain one of the most capable and successful navies in the world.”

The move from the battleship to the aircraft carrier demonstrated that success in the maritime domain is better obtained via multiple off board systems (aircraft) at distance from a host platform (a carrier) than from capabilities in individual units (battleships).

Technology has reached a point where the limitation requiring a human in the offboard system has in many cases been removed.
Maritime Autonomous Systems now have a revolutionary potential, offering great benefits for operational effectiveness and efficiency.”

The themes explored in the exercise are understood to be Antisubmarine Warfare & Training, Mine Counter Measures, Hydrography, ISTAR (mainly reconnaissance) and Command and Control.