Home Air F-35 represents the ‘most advanced fighter jet’ and the ‘best aircraft for... 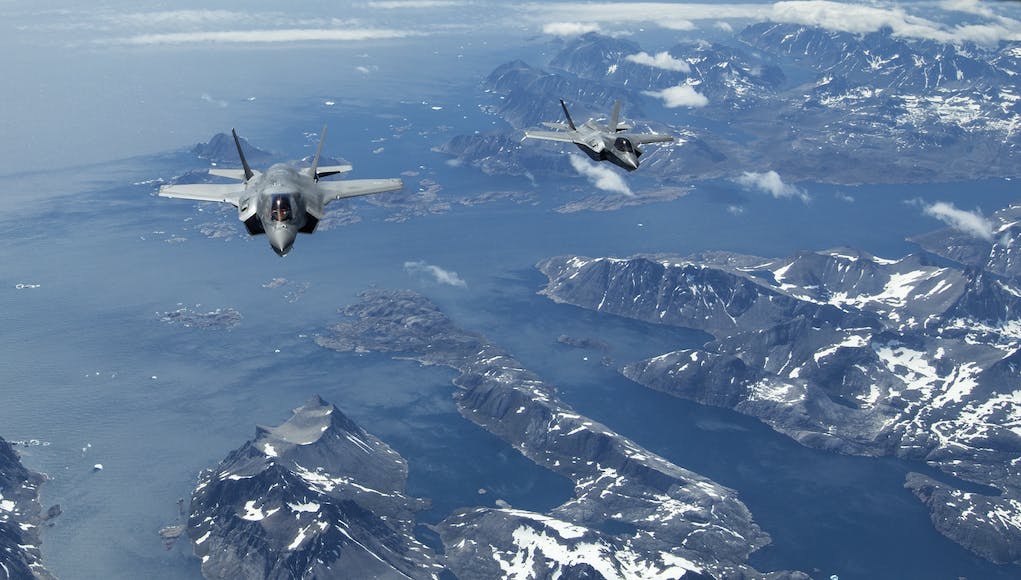 Wing Commander Beck is one of the UK’s most experienced F-35 Lightning pilots, he has given his views on the jet.

It’s no secret that the F-35 has had severe cost and schedule issues. The F-35 programme has gone through serious teething problems, problems also experienced by the majority of complex aircraft flying today such as the F-15, Typhoon or any other modern combat jet.

Wing Commander Beck began by discussing the capabilities the aircraft will bring to UK forces:

“The F-35 is the best aircraft I’ve ever flown. It is the most advanced multi-role fighter jet out there and the aircraft most suited to the UK’s needs. With huge flexibility and cutting-edge innovation, this supersonic, stealth aircraft will bring about a generation change in the way we fight in the Combat Air arena for many decades to come.

I’ve flown over 2,000 hours with Tornados, and have completed 7 operational tours in an 18 year career flying fast jets. I set up the first UK F-35 Squadron in the US, flown entirely under UK sovereign jurisdiction, flying the F-35 for over 300 hours myself. Hands down, it is the most capable and advanced aircraft I’ve ever flown.

The F-35B is the world’s first supersonic, radar-evading stealth aircraft that comes with short take-off/vertical landing (STOVL) capability. This gives it huge flexibility, enabling it to take off from land or the Queen Elizabeth Class aircraft carriers, the first of which is currently on sea trials.”

“The aircraft is the epitome of cutting-edge military innovation. Take the helmet: It uses Augmented Reality technology to allow pilots to look through 360 degrees, through the floor of the cockpit for example, at the ground below them. The aircraft is brimming with state of the art sensors, which provides the pilot with a vast array of game-changing information, enhancing their situational awareness so they can act rapidly and effectively. In terms of stealth, the Low Observable technology means the F-35 is incredibly hard to detect, providing a massive tactical advantage over the enemy.

The F-35 will be deployed on a uniquely wide range of operations, from air-to-air, air-to-ground and electronic combat, through to intelligence, surveillance and reconnaissance missions. Traditionally managed by several specialist aircraft, this can all be done by a single F-35 squadron.

We currently have over 100 British pilots and aircrew training in the US on our 10 F-35s before coming to the UK next year. In 2018 we will begin initial flight trials for the F-35 jets from HMS Queen Elizabeth, building towards delivering a carrier strike capability for the UK from 2020.”

On the value to UK industry he said:

“It is great news for UK industry, which will provide approximately 15% by value of every Lightning aircraft to be built. We will benefit hugely from the programme, after winning a contract to be the major global maintenance hub for avionics and aircraft components.”

“The Lightning aircraft will bring about a step change in our air warfare capability for years to come.  Just ask the growing number of UK pilots who have flown the aircraft; they absolutely love it!

New aircraft often come under harsh scrutiny before entering service. Take the Typhoon fighter jet for instance. Before it came into service, the aircraft came under a lot of criticism from the media. But look at it now – we have 137 aircraft that have excelled in a variety of roles, from scrambling aircraft over British airspace, to reconnaissance and ground attack on a range of operations including the Falklands, the Baltics and Middle East.

Rest assured, the F-35 is the most advanced fighter jet out there and the best aircraft for the UK’s needs today and for decades to come.”

Maybe a response in todays Times coverage would be a good idea. I have read it the articles and some it seems honest enough, whilst there is a lot of half truths and gossip as well. It also raises some worrying questions about the UKs ability to operate the F35 at its full warfighting potential. Getting tired of one side saying it’s the best aircraft ever and the other saying it’s the worst ever. The truth probably lays somewhere in the middle. A remarkable aircraft costing a lot of money, but not as remarkable as was planned back in 2011.… Read more »

I just seen a headline.

Were the Times pretending to be shocked by the blinding reality that spare parts cost money as do upgrades!??

I suggest they are shocked at the cost of spares and upgrades.

In reality the actual cost of a F35B is going to be around £150m, rather the figure quoted by LM

Which is still cheaper than the euro-canards.

Given the projected production run of 3000 F35 against 600 typhoons I would say that is rather high.

Knowingly then what we know now the JSF would have been terminated. The idea of concurrency, one airframe for three aircraft, for a modern combat aircraft is flawed.

But we are where we are the F35 is a remarkable but very expensive aircraft with serious flaws.

Its the Times – sister paper to the Sun.

I suspect the Boeing, or even the BaE proposals would have had advantages over the Lockheed airframe. That said, all the pilots think it is really good.

This is about electronic comms – and since the Times thinks WiFi (which has nothing to do with warfare) is important I am inclined to think they are talking nonsense.

The articles raises some serious questions, it’s a shame no can give some serious answers apart from the same old jingoistic comments

I think the pilot knows best who tested the plane .. And who builds planes better than the yanks British or French nobody the rest of the world are light years behind .. China and Russia can’t even build a basic commercial jet ..

China and Russian planes are crap not built a decent commercial jet yet what anybody will buy .

The Times vs RAF fighter pilot! Difficult choice. Oh I know,newspapers are always accurate and fair?

It takes a long time to develope a new aircraft especially something like F35. The media like to shoot down anything they don’t agree with, but where will they look to if a conflict developed you can’t defend a nation with rolled up newspaper! Never mind perhaps the pilots and ground crew will enjoy fish and chips out of the newspaper? Maybe 617 squadron’s first mission should be Fleet Street!

Must admit I laughed at the piece in the report that said the F35 has to fly with the bomb doors open to keep the missiles from overheating ! ????

HMS Queen Elizabeth to get first F-35 jets this year