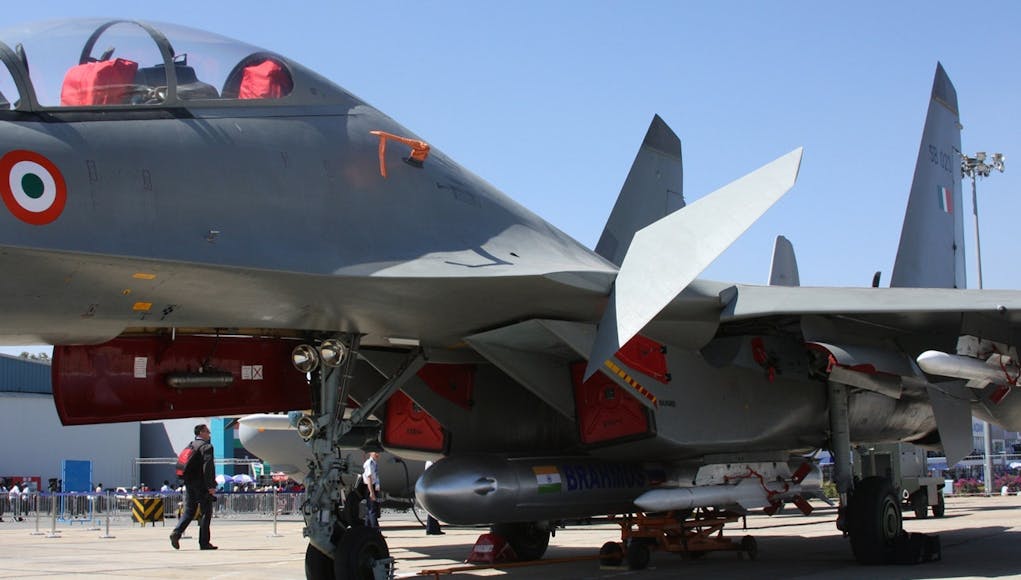 India will carry out the first tests of its air launched BrahMos cruise missile in November. It is understood that the tests will be conducted from specially modified Su-30 aircraft.

Four flight tests will be conducted over a period of six months before the missile is declared ready for deployment by India in 2016. Hindustan Aeronautics Limited has modified two Su-30 aircraft to carry the 2.5 tonne missile, the world’s fastest cruise missile. The second aircraft is expected to be delivered to BrahMos Aerospace by the end of this month.

The BrahMos missile is a joint venture between India and Russia. The missile travels at speeds of Mach 2.8 to 3.0. The land launched and ship launched versions are already in service, with the air and submarine launched versions currently in the testing phase.

“The missile will give the IAF extended range capability. No other Air Force has such a powerful cruise missile in its inventory”

BrahMos II is a hypersonic variant of the missile currently under development, with a speed around Mach 7, and is estimated to have a range of 290km. Like the BrahMos, the range of BrahMos II has also been limited to 290 km to comply with the MTCR.

It might affect the stealth of the aircraft. Anyway, its extraordinarily awesome for India’s defence history.