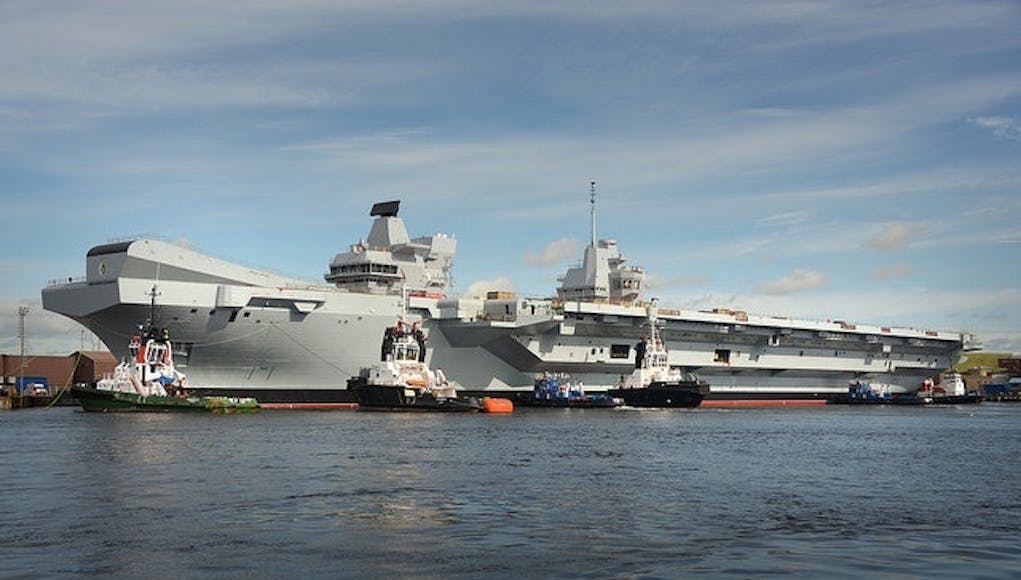 In July we saw the naming of HMS Queen Elizabeth. The largest warship ever built for the Royal Navy and one of the most powerful warships anywhere in the world.

The Queen Elizabeth Class will represent a significant increase in capability. The vessels will be utilised by all three branches of the UK Armed Forces and will provide eight acres of sovereign territory. Both ships will be versatile enough to be used for operations ranging from high intensity conflict to providing humanitarian aid and disaster relief. The class will have increased survivability as a result of the separation and distribution of power generation machinery throughout each ship. The class has been designed with twin islands, which separates the running of the ship from the flying operations resulting in greater visibility of flying operations. Surprisingly for their sheer scale, each ship will only have a total crew of 679, only increasing to the full complement of 1,600 when the air elements are embarked. This is made possible by extensive automation of many systems.

Primarily due to the size of the ship and her intended role, stability is of paramount importance to air operations.

Therefore, an accurate measurement of the ship’s weight and centre of gravity are required. Firstly, the dock in Rosyth was flooded slowly so that the ship was floating without any cables attached. Weights were then moved a certain distance across the flight deck and the heel angle was measured using pendulums set up on board.

This information will now allow engineers to manage the condition of the ship during the final stages of build and preparing the ship for her sea trials in 2017. Flight trials with the F-35B aircraft will take place in 2018.