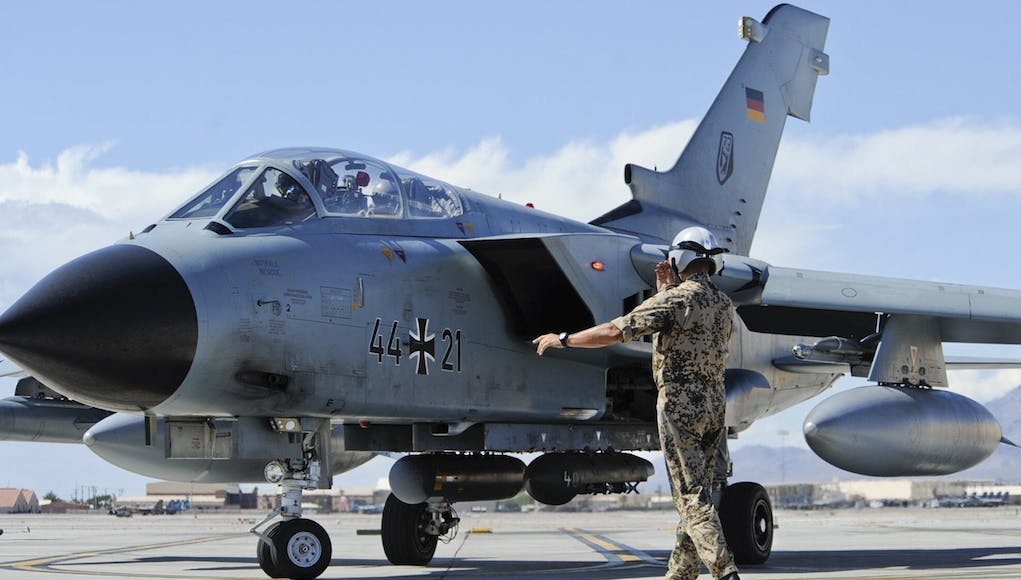 The German cabinet has backed plans for military support in the fight against Islamic State militants in Syria.

Tornado reconnaissance aircraft, a frigate and a 1,200-strong force will be sent to the region. Germany decided to join the fight against IS after an appeal by French President Francois Hollande in the wake of the 13 November Paris attacks.

“We are doing what is militarily necessary, what we can do best, and what we can back politically. Against an opponent like IS we need plenty of stamina.”

The mandate is for one year at a cost of £94m and can be extended next year. Its forces will not engage in combat.

What action is that? A ferry and bus service?

The article makes quite clear.

UK Defence Journal The article simply states ‘Its forces will not engage in combat.’ So what will they be doing? Recon and logistics only?

Yeah, they’re sending a frigate to escort the Charles De Gaulle as well

Germany’s constitution only allows them to act militarily in self defence which is why they will only be able to take a supporting role.

There was a joke?

Just enough to make it look good but not actually attacking….well done germany

Germany’s constitution doesn’t allow them to, it’s a hangover from the aftermath of the Second World War.

ECR Tornados are an excellent asset providing real time intelligence and are cleared to deploy HARM in the advent of increased SAM concentration. Given Russia is deploying S400 the ECR will provide a strong AR umbrella.

By reconnaissance, I assume they mean the Tornado ECR variant … Useful for SEAD

Given the S400 deployment a very useful asset

With over half their aircraft unserviceable?

Will they be running the internment camps? Historically they’re very good at that!