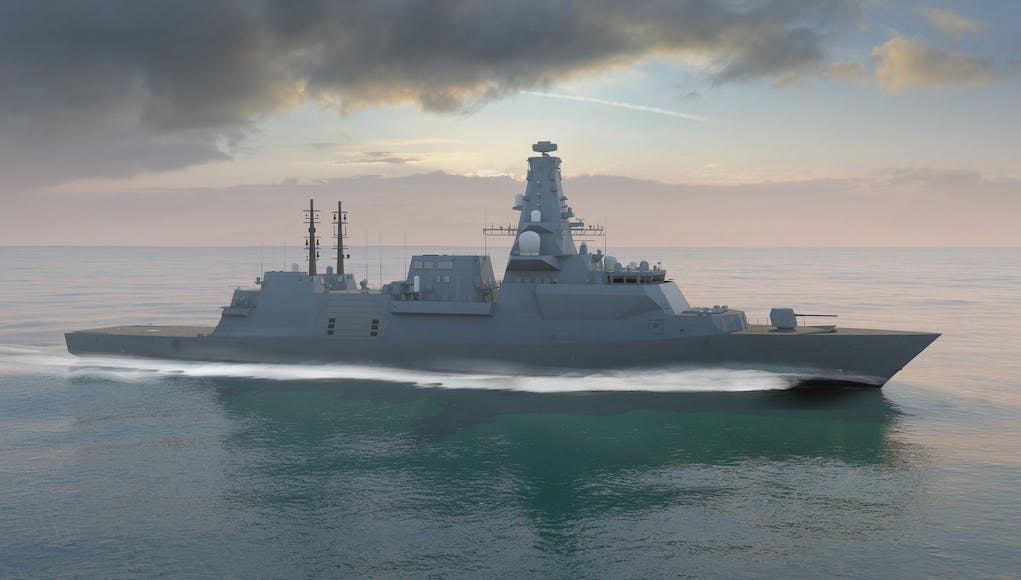 Under-Secretary of State for Defence Guto Bebb has again confirmed that eight Type 26 Frigate will be built on the Clyde, the fourth time the Government have been asked to confirm this in as many months.

“Will the Minister confirm that the eight Type 26 frigates will be built on the Clyde? Will he also remove the ban on Royal Navy personnel addressing the all-party parliamentary group on shipbuilding and ship repair on the national shipbuilding strategy?”

Guto Bebb, the Parliamentary Under-Secretary of State for Defence, answered:

“I regret that I did not hear the second part of the intervention, but the commitment on the purchase of the eight Type 26s was clear, and I will be on the Clyde on Thursday.

The second element of the strategy is design. It is about taking a new approach to design and construction. We want to challenge outdated naval standards and introduce new ones. In effect, I am repeating the comments of the Chairman of the Defence Committee, my right hon. Friend the Member for New Forest East, but it is about forcing through advances in design, identifying new materials and looking at new manufacturing methods to try to make our shipbuilding industry even more competitive, which is part and parcel of ensuring that we have export markets.”

There’s a lot of misunderstanding and myth circulating about how many ships the BAE shipyards on the Clyde are expecting to build, but what’s the truth?

Recent news that BAE have decided not to bid to assemble the Type 31e Frigate on the Clyde due to an apparent lack of interest has created a stir in Scotland after earlier expectations that the light frigates would be built there.

BAE themselves say that shipbuilding capacity on the Clyde will be maxed out until the mid 2030s while the Ministry of Defence want the first of the new Type 31 Frigates in service by 2023, one of the primary reasons they have decided not to bid as prime contractor for the project, there’s no space on the Clyde to do so if they are to meet the deadline for the first Type 31e to hit the water. BAE say the move will allow them to ‘appropriately support the National Shipbuilding Strategy’ whilst ensuring the delivery of the five Offshore Patrol Vessels and the City class Type 26 frigates currently on contract, ‘to time, budget and to the highest quality standards.’

In a press release BAE say:

“BAE Systems is focused on the manufacture and delivery of the two QE Class carriers, the five River Class Offshore Patrol Vessels (OPV) and the first three City class Type 26 warships, as well as continuing to develop and upgrade combat management systems on all Royal Navy ships. Taking account our current and future workload, including Type 26, our shipbuilding capacity on the Clyde will be full until the mid 2030s.”

Ordering in batches is common for projects of this size around the world and was last seen with the Royal Navy for the Type 45 Destroyers and recent Offshore Patrol Vessels. The Type 45s first batch order was for three vessels. Ordering this way allows for changes to specifications and allows for refinements to contracts as working practices evolve and efficiencies are learned.

Eight Type 26 Frigates are to be built in total by their designers BAE, the contract for the second batch will be negotiated in the early 2020s. There are no other yards in the UK to build the Type 26, it’s a BAE product and their only surface shipyards are in Glasgow. The ships are not going anywhere unless the Royal Navy take the incredibly unlikely decision not to replace their frigate fleet.

The UK Government committed to eight advanced anti-submarine warfare ships in its 2015 Strategic Defence and Security Review (SDSR). The Type 26 programme currently employs more than 1,200 people in the UK supply chain, with a number of contracts already in place for the manufacture of major equipment for the first three ships.

In total, there are already 33 UK and international companies working in the supply chain to deliver the Type 26 ships – with further announcements to be made shortly.

Great news to see that 8 T26 are confirmed – once we get into the 2030’s the T45’s will becoming end of life and we can have another 5-8 T26’s ordered and upgrade all forkful spectrum activities. Would really like to see a better radar on these and the Artisan move to the T31 fleet, but they are looking to be a real game changer for the UK I believe. Personally I think we T31 should be a shortened version of the T26 hull and be configured for ASW instead of such a big beast of a ship – I… Read more »

Unfortunately until someone comes out with the final selected T31 vessel we wont know what it will have.
If it is fitted with active sonar and a helo I would expect a modest outfit of torpedo and ASM missiles for the helo. I doubt that torpedo tubes will be fitted. They cost to much for what little benefit they provide.

it’s nothing more than a SOP TO THE SNP and unions. i for one think the type 31 is a smokescreen for something that won’t happen.

The Type 42 was in service for almost 40 years, why would be decommission the Type 45 after just 20? I suspect they will be upgraded in 2030 but expect the final one to be decommissioned in the mid to late 40’s

Just for clarity the Babcock Type 31 bid includes the Ferguson yard on the Clyde. Cammell Laird have the dry dock at Greenock. Either way there will be a political angle that at least part of the T31 will be built on the Clyde.

Wads – and that is the bit I neither understand or with which I agree. The Scots have done very well so far, deservedly so, but the rest of the UK should now benefit as well. Why should 8% of the UK population get a near 80% of all UK surface naval shipbuilding? Just because the SNP are gobbing off again should not be in any way a deciding factor in where future ships are built. We should build, within the context of skill bases, where the output benefits of taxpayer money are now best served. And given the way… Read more »

Agree Chris, I love the Scots as much as anyone, but they can’t have everything.

UKDEFJ, I greatly appreciate all the work you do through this website, but do you really need to pick up on this “Type 26 Clyde guarantee” story so often. Mr Stephens represents the Glasgow South West constituency, which covers Govan, and through a quick google search I can see that he is a trade unionist. Neither of these make it surprising that he is looking out for the economic interests of Glasgow South West. I see comments on here fairly often along the lines of the above “I love the Scots as much as anyone, but they can’t have everything”.… Read more »

Sure Lewis, but all 13 Type 26 WERE promised to the Clyde, and for those that knew, it was 8 “full” T26 i.e. anti-sub, and 5 GPFF T26. The build pencilled in to start after the last T45 (didn’t quite work out that way!) using the existing skills and workers. So in this case they were indeed (and logically) promised to the Clyde, not elsewhere. It wasn’t until an overall majority SNP Government was elected in 2011 the Referednum could go ahead, during the minority SNP Government of 2007-11 the unionist parties blocked the Ref. Famously Wendy Alexander said in… Read more »

these alleged submissions venator, stellar systems, bae, e.t.c all look fine and dandy, but the cost of these ideas aren’t disclosed will they be delivered under budget? NO WAY nothing else ever has been.

So, a party that wants to eradicate the Union flag from flying in Scotland, still wants more of the cake.

and this inept gutless incompetent government will give it to them. 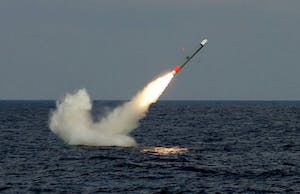