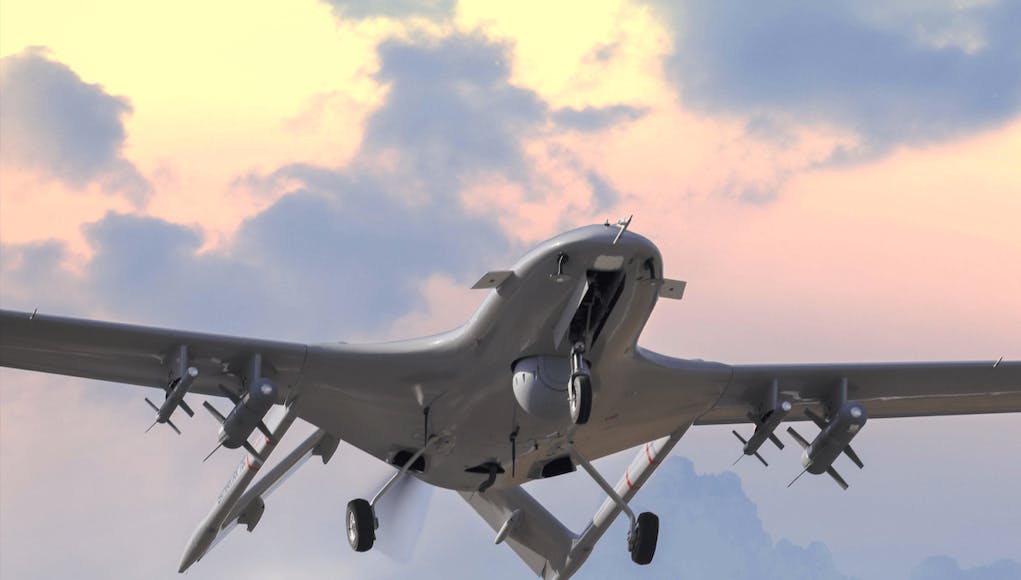 The Open Source Intelligence Twitter account SkyWatcher Intel often follows such flights in the region, if you don’t follow them then I’d suggest you go do that now if you’d like to see what’s going on as it goes on.

5x (!) Turkish Armed Forces ?? TB2 UAVs operating over Northern Syria ?? at the moment, the most i think I've ever seen at once. pic.twitter.com/kx7dIjo7HF

As part of a combined air and ground operation, the Turkish air force used its Anka-S and Bayraktar TB2 drones to conduct hundreds of strikes against Syrian Arab Army units.

You can read more about Turkish drone capabilities here.

If we can see the drones on this website why doesn’t Assad just have someone watching it 24/7?

I think that if Assad decided to take out the Turkish UAVs, They should expect to be punished heavily by the Turks (like they did last Feb where after the Syrians killed 33 Turkish troops, Ankara hit back killing at least 329 (others cite over 3000) Syrian government troops ,destroying five helicopters, 23 tanks, 10 armoured vehicles 23 artillery and howitzers, five ammunition trucks, one SA-17 and one SA-22 air defence systems, three ammunition depots, two inventory depots and one headquarter building When that happened the Islamist terrorists Turkey is supporting in the North west of Syria went on the… Read more »

Interesting, the difference in approach between the US and Turkey with regards to design of their drones. The US want deniability and long endurance for the War on Terror. Turkey on the other hand doesn’t seem to mind who knows they’re throwing their weight around. The difference in requirement means they can build cheaper drones and simply build replacements. This would also lend itself to rapid ongoing development as you simply replace the ones you lose with improved versions. Cheaper also means more units which gives you force depth, something the UK could do with. I would suggest that the… Read more »

The issue with drones is that they take time, money and resources to target and knockout. If we are talking about the larger drones, i.e. those generally that are fixed wing and not quad-copters etc. Then these are controlled via data-link either through a satellite relay or from direct line of sight. Either method makes it harder for your opponent to jam, as they have to be nearby or preferably between the transmitter and receiver to overpower the transmit signal with white noise or find some way to hack the control signal. Furthermore, there are only a few countries with… Read more »