HMS Echo has rescued a yacht that became stranded in strong winds just off the UK South Coast.

According to the RoyalNavy, the Plymouth-based Survey Vessel worked together with the Royal National Lifeboat Institution (RNLI) and Solent Coast Guard station to come to the aid of the yacht which had become distressed and unable to make headway in strong winds.

The vessel was conducting Survey Operations in the Western English Channel when it overheard a distress call from the struggling sailor to Solent Coast Guard.

“The sea is a dangerous place to operate. As the Royal Navy, one of our core roles is to save lives at sea when necessary.

Thankfully this proved to be a relatively minor incident but it could have been much worse. I am glad that we were able to assist and work closely together with the RNLI and Her Majesty’s Coast Guard.”

HMS Echo is the first of two multi-role hydrographic survey ships commissioned by the Royal Navy. With her sister ship, HMS Enterprise, they form the Echo class of survey vessels.

Echo and Enterprise are the first Royal Navy ships to be fitted with azimuth thrusters. Both azimuth thrusters and the bow thruster can be controlled through the Integrated Navigation System by a joystick providing high manoeuvrability. Complete control and monitoring for power generation and propulsion, together with all auxiliary plant systems, tank gauging and damage control functions is provided through the integrated platform management system, accessible through workstations around the ship.

Echo operates a lean-manned three-watch rotation system. The total ship’s company is 72, with two-thirds of the ship’s company on board at any one time. The work cycle of 75 days on followed by 30 days off allows her sailors to take sufficient leave while the ship can remain away from her base port for extended periods, potentially for years at a time. 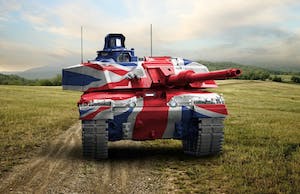