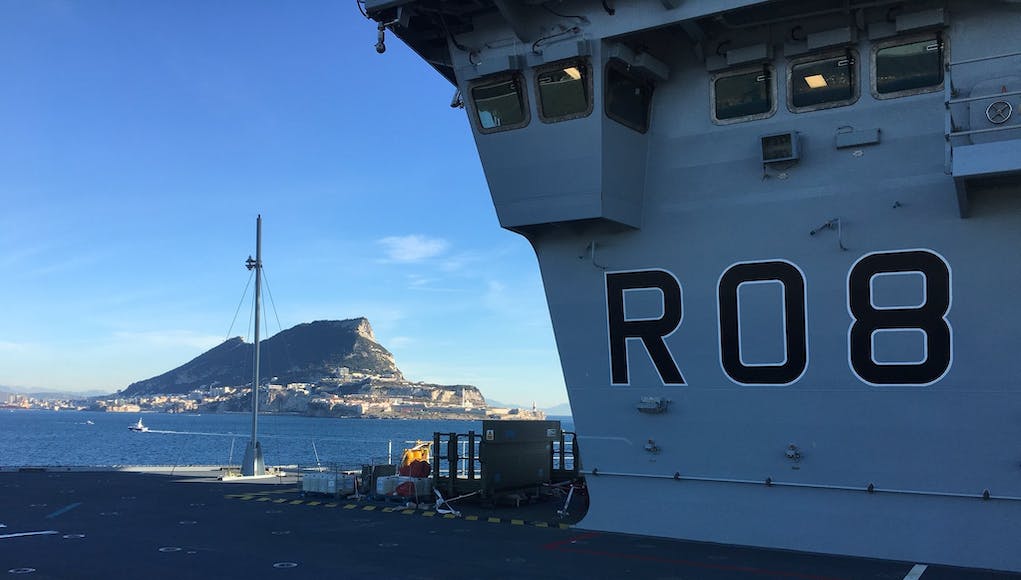 Aircraft carrier HMS Queen Elizabeth and frigate HMS Somerset have arrived in the British territory of Gibraltar this morning.

The carrier will be conducting a routine logistics stop having left her home in Portsmouth last week for helicopter trials. 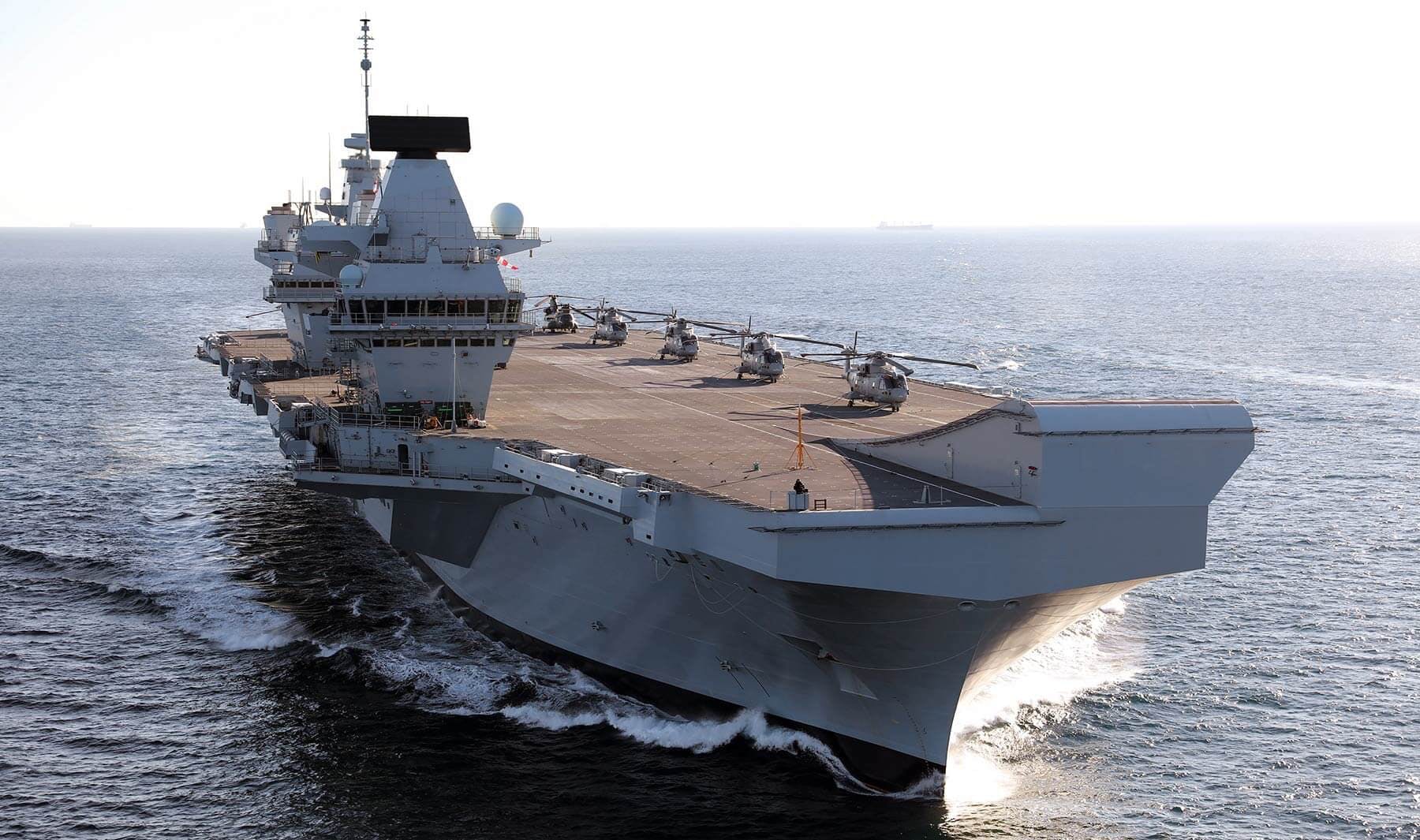 “As the Rock casts its shadow over the flight deck of our world-class aircraft carrier, Gibraltar rightfully marks HMS Queen Elizabeth’s first overseas stop as she refuels and takes on supplies before continuing her sea trials. I’m sure our friends in Gibraltar will be proud to see our future flagship sail through British waters into their famous port.”

Aircraft, sea, sunshine. It’s a good view up here on the flight deck as we approach #Gibraltar. pic.twitter.com/Xyfk9MC91X

“It is a great privilege for me to be bringing our new aircraft carrier into Gibraltar for her first ever overseas port visit.

Gibraltar is the perfect stop for HMS Queen Elizabeth as we conduct our flying trials in the waters off the Iberian Peninsula. And our visit also underlines the incredibly rich history and special relationship the Royal Navy and Royal Marines share with Gibraltar.

I am personally very lucky to have visited the Rock many times in my naval career, but well over a quarter of my sailors have not yet experienced what, for the Royal Navy, is something of an iconic run ashore.”

“From the moment Her Majesty appointed me as Governor and Commander-in-Chief of Gibraltar I, and no doubt all Gibraltarians, have been eagerly awaiting HMS Queen Elizabeth’s first visit to the Rock.

My eagerness reflects two things. First, my pride in one of the world’s most advanced aircraft carriers as a manifest demonstration of the British Navy’s ambition and resolve to ensure that our nation’s maritime and amphibious capability remains a decisive global force for good. And second, my confidence that HMS Queen Elizabeth’s entry into service will see Gibraltar continuing to prove its vital relevance as a mounting and sustainment base for global Britain’s contribution to international security.

I wish HMS Queen Elizabeth and her crew God speed as they make us all proud to be British.”

“Escorting the largest and most technologically advanced carrier ever built for the Royal Navy past the Rock of Gibraltar is of course a huge privilege.

Importantly, it also brings about a new focus for my ship that is both challenging and exciting. Carrier Strike will undoubtedly play a key role in supporting Britain’s global narrative well into the second half of this century and for myself and my ship’s company to be part of this vision is inspiring and very rewarding.”

We currently have four Merlins and two Chinooks embarked for rotary wing flying trials. After a first move to the hangar earlier in the week, they’re now back up on deck. #QNLZAtSea pic.twitter.com/beTbWtn8xD

it would be nice if the media could decide between them whether Lizzie is 65 000 or 70 600 tonnes. it changes from day to day. Perhaps the RN or ACA could rule on this one and send a media briefing as widely as possible

Hi Geoff..Yes I’m thinking the same as you. 5600 tonnes is a big difference.

Have you considered that it may be one really fat bloke getting on and off?

Juan-Nil to the Royal Navy

Great photos.
Tight fit with the Chinooks on the lift.!

It’s 70600 as per the Royal Institute of Navel Architects

It would look pretty useless. We might still have more than 19 escorts but they would have nothing to escort. The carrier programme was indeed a strategic decision and that will stand us in good stead going forward. I would rather have 2 carriers and only 12 escorts than have zero capital ships and 30 escorts. There are plenty of frigate navies in NATO, we dont need to one as well.

The UK has Carriers, SSN, SSBN, and a substantial RFA.

These are the core, along with the LPD’s if we can keep them.

The escorts are extra.

Yes agree with Stephen and Daniele.. Also the fact is on certain occasions those very NATO allies with there frigates will help to protect our carriers along with our own escorts. Certainly we could do with a few more escorts further into the future but i don’t think it will be as much of a problem as people think when it comes to escort numbers for the carriers.

Gibraltar, as always, so accommodating. Good to see they’ve taken in half of the operational Royal Navy.
About time politicians realised all they’re succeeding in doing is re inventing the wheel when they start decimating our armed forces.
Why don’t they GET A GRIP!!!!

I work adjacent to where she is currently berthed- what an impressive sight it was to watch her come alongside. Very proud to be British!