Home Analysis How much will replacing Trident cost? 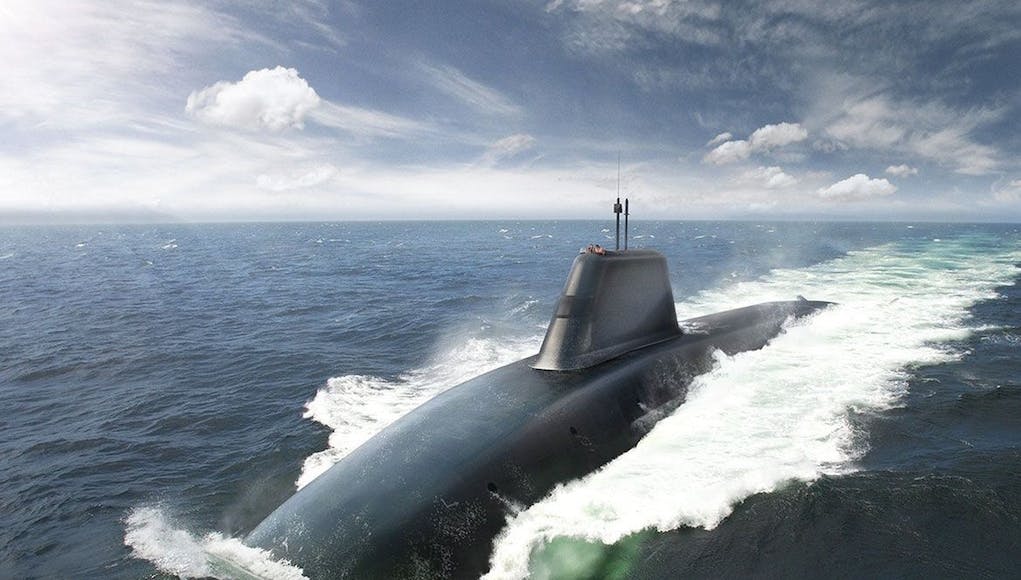 Trident  is a submarine-launched ballistic missile equipped with multiple independently targetable re-entry vehicles, currently the United Kingdom host these missiles on its Vanguard class submarines but as these are due to be replaced, let’s have a look at how much the replacement submarines will cost the UK over the programmes lifetime.

As can be seen here, the programme cannot feasibly cost as much as the recently claimed £167 Billion in a report.

It’s expected that the Successor submarines and their infrastructure will cost around £15 billion. This can be broken down as such:

There would be savings from a three-boat solution but these would not be in proportion to the reduction in the number of submarines.

“Of course, the deterrent is not cheap – no major equipment programme is. But our current nuclear weapons capability costs on average around 5-6 per cent of the current defence budget.” David Cameron, the Telegraph, 4 April 2013

According to a series of statements made in Parliament by ministers of the MoD, the annual operating costs of the Trident programme will indeed be around 5 to 6 per cent of the defence budget.

This means that the replacement submarines will have a running cost of around £2 billion per year, that may seem high but in defence terms, it’s relatively low as a single Type 45 Destroyer costs close to £1 billion to purchase let alone operate and fully arm.

The current annual spend on Trident is equivalent to less than 1 per cent of current health and education expenditure, this figure will be roughly the same for the replacement.

So is the cost of Trident less than 1.5% of our annual benefits bill as the Prime Minister said?

Benefits expenditure by the Department for Work and Pensions for the financial year 2011/12 was £158.5 billion. That figure includes £74 billion of state pension but does not include Child Benefit which is dealt with by the taxman, who gave people £12 billion in 2011/12.

1.5% of that bill roughly totals £2.38 billion, the figures cited by the Prime Minister seem sound, although they’re not set in stone as the programme has barely started.

Estimates of the long term costs of big capital spends are notoriously hard to predict and can often fall or rise drastically. The costs associated with the programme are comparable to the procurement costs of major weapons systems such as Typhoon or Lightning aircraft.

Assuming the new submarines have a service life of 30 years, how much will it cost to run the submarines over their lifespan? Around £60 Billion spread over 30 years.

When the initial procurement costs are added on, the total programme cost will an estimated £75 billion however, £60 billion of this figure, as mentioned earlier, is spread over the lifetime of the vessels.

cost should not be an issue…we need them to defend ourselves against the rising tide of aggression from China, N Korea anPutin….they are essential to defending this country and every other free country…..

A good point to have a deterrent although that Kim Jon Young is a mad man and he wouldn’t care if he launched his nukes as well (can’t get to UK yet) and we would strike back at him – although none of our countries could intercept an ICBM from the sky and millions would die + all the environmental and economic chaos this would cause.

It’s worth whatever it costs!

I agree we definitely need an effective up to date deterrent which although we may never use it to its full capability, but need to be able to defend our nation when the time comes

The trick to getting the Successor programme to appear to cost £167bn is to calculate it in 2055 prices.

An obscene amount of money on a weapon system we will never use.

I am afraid you just don’t get deterrence. You “use” a deterrent every singleday that it isn’t fired. That’s what deterrence means.

Not if we have someone who will not push the button? Where’s the deterrence in that?

In reply to Sandy Buchan: The system will be used every single day throughout its life span. That is how a deterrent works….

The best defence this country has. We can not ignore the nuclear bombers from Russia constantly testing are defences.

The best thing about nukes is they prevent war against the big countries. One gets launched then they all get launched and no one wins.

Can they extend the life of the current boats

That’s like asking if they can extend the life of a 1992 Ford Mondeo to have all of the features of a 2016 Mondeo.

Sure, we can rip out the centre console and other units to include AC/GPS/Lane guidance modules. We can pull out the engine and retrofit the engine bay to put a new engine in place… and then replace the exhaust system to work correctly with it.

Then we’ll need to upgrade the body of the car, replace all of the air bags, improve crash worthiness… All in all, it’s cheaper to just buy a new car,

How much will not replacing it cost?

You could upgrade the existing submarines, the hull penetrating ones would need to be digitized, have all their equipment upgraded and refitted. The astute class would need to be upgraded as technology advances, which in the long run could be dearer than building Successor as all of these submarines are bespoke equipment build, you can’t just pick these items up off a shelf like a car spares part

The only viable solution for a continuous at sea deterrent is Successor. The Astute boats aren’t rigged for the patrols of the current V boats

Yes. The cost of not replacing Trident could be a lot worse than the cost of replacement. I know what the costs of production are.

Theres much talk over the nuclear deterrent and its cost. Yes a bespoke piece of equipment is expensive, it doesnt just get built from off the shelf parts. But if we took into account just how much is given to these people who cross our borders, from housing, benefits, free travel etc, I think we would find this is much more than the cost to build something that will defend our nation….. instead of opening our borders and letting them cross over making it easier to plot and strike against us

I hope the new class is equipped with conventional cruise land attack missiles as well in order to provide a more rounded attack capability.

The problem with a deterrent is the other side have believe you would use it, our new labour leader has said if came down to it he would not use it, if that were the case then any money spent would be a complete waste as he has already stated he wouldn’t use it, any current or replacement system has failed as its primary mission is to deter any attack. Any new system has to credible, has to hold high value targets at risk and has be survivable.

That maybe so, but when you have the likes of Russia, north Korea and China proactively beefing up their military capabilities should we just lie back and not have the ability to defend ourselves when the time comes?

I didnt say we shouldn’t renew it i think we should. But when a political leader says he wouldnt use it then it isnt a credible form of defence as any aggressors wouldn’t be put off therefore it would have failed its primary mission through no fault of the system because the system would have been undermined by a lack of political resolve.

Corbin has absolutely no chance of getting into power, the tories must have been jumping for joy when Labour elected him! Labour have consigned themselves to 15 years in the wilderness.

I wouldn’t worry about Corbyn the British public will never make him PM. I would be surprised if he is still Labour leader at the next election

Quite expensive but worth every penny!

Although this is a weapon or threat of, the nuclear deterrent is entirely political, it puts GB with the big boys giving them more clout if GB didn’t have the deterrent do you think they would be a permanent UN member?