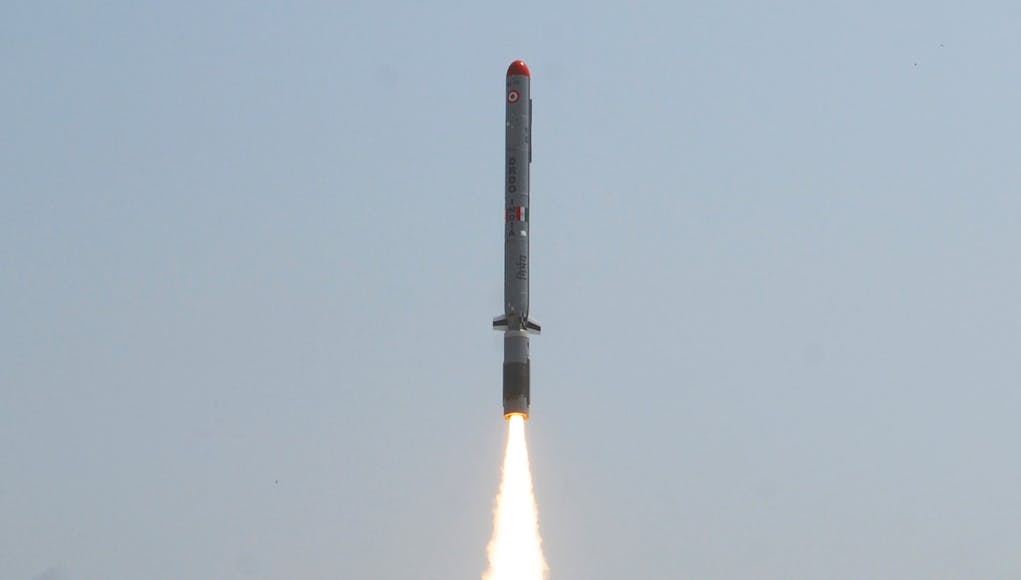 This would be the third developmental trial of nuclear-weapons capable Nirbhay, which has an operational range of 1,000 km.

Nirbhay is a long range cruise missile with a range of 1000km. It weighs about one tonne and has a length of 6 metres and is capable of carrying nuclear warheads.

The surface version of Nirbhay missile was test fired for the first time on in 2013 where it veered away from its trajectory forcing the command centre to detach the engine from the missile mid way into the flight, resulting in a failed test.

The missile will be tested at at the Integrated Test Range in Chandipur.

All built on our foreign aid.

Hi Matthew, the money for this came from private companies. British foreign aid to Indian charities has now stopped, the fund in question were not enough for this programme let alone much else.

We most certainly can, there is however no need to do so alone.

I don’t think we have any …. We’ve been using American tomahawk for a very long time now

private companies ! would help if the Indian authority gave a shit about the state of there rivers and environment etc before rockets, but I suppose we have to revamp the artillery as to keep up with the Jones etc

The test has failed 😀

Yes. I read on an Indian News page

It was a mid-air failure.

The mission was aborted after 700 second.

Nice not,,, hope this doesn’t get on Pakistan wick remember that a local Nulcear conflict between the 2 (about 120 each) would be a global game changer and threat to all of us rather than being localized.

yepp..thats true. it deviates from the actual path.so the missile was terminted midway and allow it to fall into the sea.