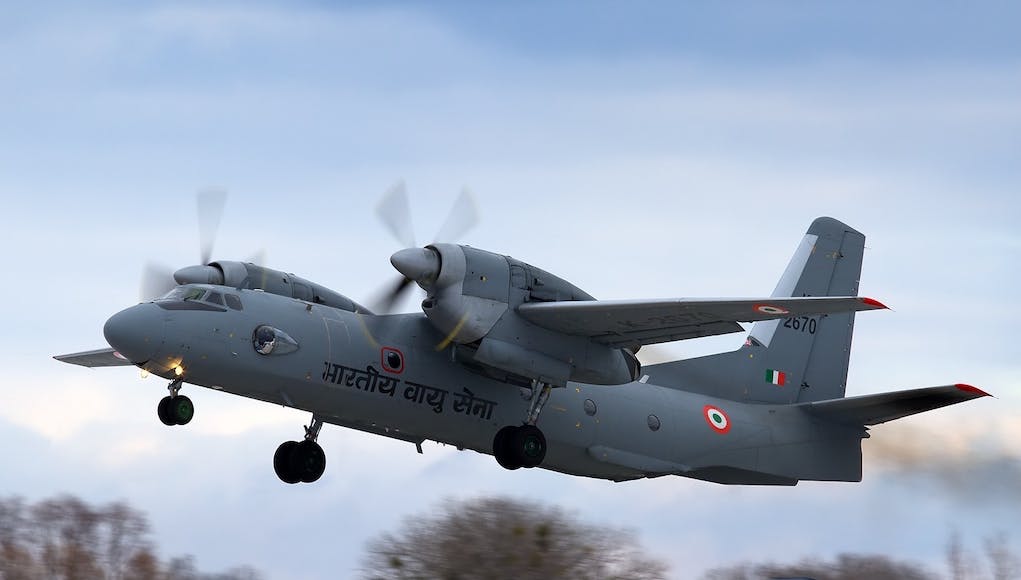 An Indian Air Force Antonov An-32 carrying over 20 people on board has gone missing over the Bay of Bengal.

It is understood that the aircraft was en route to Port Blair in the Andaman and Nicobar Islands.

The Indian Navy has launched a search and rescue operation. (BBC)

The Antonov-32 transporter aircraft took off from Chennai at 08:30 local time (03:00 GMT), bound for Port Blair in the eastern archipelago of Andaman and Nicobar. It was scheduled to land at 11:30.

A search operation has been launched.

The Antonov An-32 is a twin-engined turboprop military transport aircraft.

The launch customer was the Indian Air Force, which ordered the aircraft partly due to good relations between then USSR leader Leonid Brezhnev and then Indian leader Indira Gandhi. The An-32 is designed to withstand adverse weather conditions better than the standard An-26.

The high placement of the engine nacelles above the wing allowed for larger diameter propellers, which are driven by 5,100 hp rated AI-20 turboprop engines, providing almost twice the power of the An-26’s AI-24 powerplants.

The estimated price for a modernised An-32 version is 15 million dollars.

This comes as the Indian Air Force recently recorded its lowest accident rate in 36 years in the year ending March 31. The introduction of upgraded Western aircraft; quality audits of maintenance practices; increased use of simulators; and voluntary reporting of unsafe acts have contributed to the improved record, a senior official said at a recent media briefing.