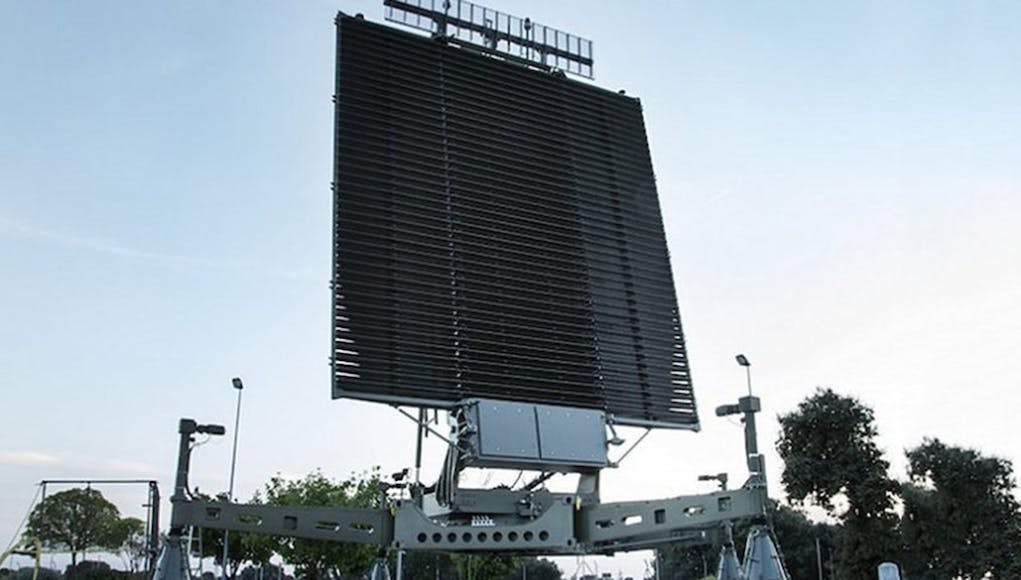 Indra has won a contract to supply the Royal Air Force with an advanced long-range air defence deployable radar.

The Indra LTR25 L-band radar, say the firm, offers long-range detection capabilities, comparable to those of larger fixed radars, but with the added advantage of being able to operate very quickly and be transported in small aircraft, such as the C-130.

It is designed to facilitate deployments outside national territory, to reinforce the surveillance of a specific area on a one-off basis or to be available as backup in the event that one of the fixed radars is attacked or damaged.

Indra say it is a leading company in the development of radars and one of the main suppliers of this type of solutions for NATO.

According to the firm, its systems also cover surveillance of the whole south-western flank of Europe.

“Indra has delivered over 50 radars in total to countries from five continents, so the capabilities of its teams have been widely demonstrated in all types of scenarios and environments. The company also has experience in the supply of integrated air defense systems for a number of countries.”

Indra will deliver the system later this year.

Noticed a new refresh of the site George? Grav’s and the removal of the + – system.

Agree actually. People will appreciate and notice a well informed post regardless of how many times it has been up voted.

And the down votes, many quite pointless, just allow trolls to play.

Ha! read this and then went looking for the upvote button… It’s time to leave work and head to the beer garden methinks…

Sun Chris…Sun! Enjoy while it lasts, assuming you’re in the UK!

Yeah, just a new plugin to enhance the comments section. I decided the votes were more trouble than they were worth (did have to laugh though, often noticed posters calling others ‘snowflakes’ while at the same time getting upset over downvotes). We’re looking to potentially let users sign up and create accounts but need to look at the pro’s and con’s of that and whether it’s worth it. Thought Grav’s are a nice step in that direction.

I see another of my posts above, with basic speculation as to the user, and no offence to anyone, is awaiting moderation. Deary me.

No one going to say we have put this contract out just to bribe the Spanish over Gib??

Possibly, the TPS-77 is effectively the fleet standard now, but they opt to go for a Spanish system ??

Since the TPS 77 is effectively becoming the fleet standard for the UK, it is surprising that they are considering changing to a Spanish supplier. Some backroom backscratching over Gib and Brexit ??

I’ve always wondered how much cheaper it is to develop radar to detect stealth rather than the stealth itself.
We’ve all heard about how the Stealth aircraft cost tens of billions (The F-117 Nighthawk is a favourite of mine) but know almost nothing about the cost of the radars built to counter those advances.
I assume it’s much cheaper to detect than it is to hide something?

I also like how they talk about being able to detect cricket balls going at a few thousand miles an hour but that just me.

BAES were invited to bid on this and they decided not to.

There are other solutions to detecting stealth. Inverted Aeromag survey technology for example. My assuption is uk is buying for sensor suite… A little but of stealth but not for stealth per se.

In some respects developing radar that can detect stealth aircraft can be made for a relatively small outlay. The problem is designing a radar that can detect a stealth aircraft that you can not only get missile lock on, but be able to track it as well. Aircraft like the F35 may be detectable to longwave radar operating from 800MHz to 3Ghz through the resonance affect, however this only gives you a guesstimate that there’s something out there, it may give you a rough bearing and distance, but that’s totally dependent on how much signal/energy is being reflected. It will… Read more »

Thanks for the helpful reply :-).