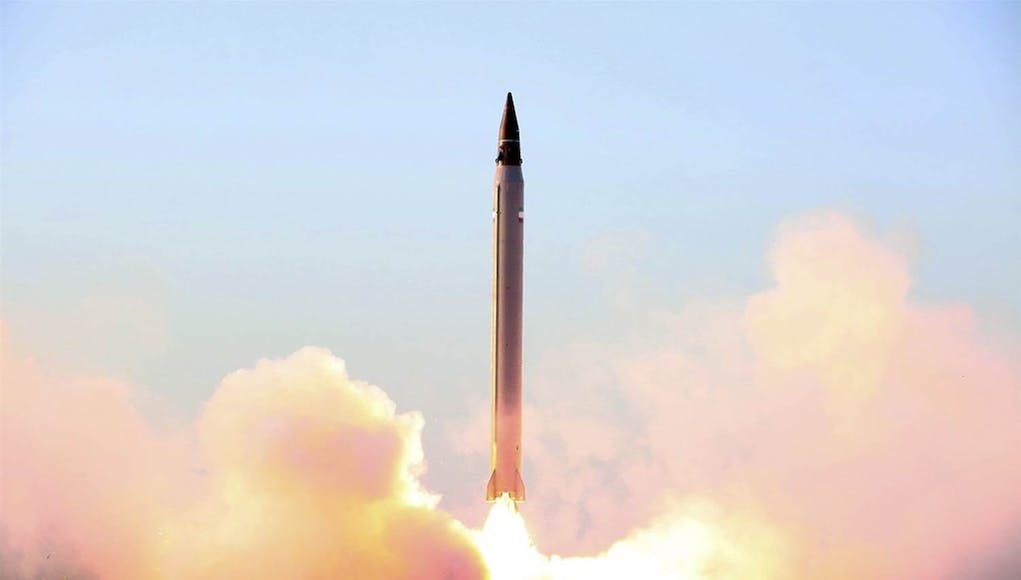 The White House said there are “strong indications” that Iran’s test of a new ballistic missile has violated a UN Security Council resolution.

The missile, Emad, is an Iranian designed intermediate range ballistic missile with a claimed range of 2,500 km and 1,750 kg payload. The missile was revealed by Brigadier General Hossein Dehghan earlier this month.

“The Emad represents a major leap in terms of accuracy. It has an advanced guidance and control system in its nose cone”.

The issue is to be raised at the United Nations Security Council to let the body determine whether or not Iran violated any international resolution.

How long before Israel puts these systems ‘beyond use’?

the yanks are keeping them on a leash, and isreal is getting fed up

One would hope Israel has a plan/capability. Meantime, what is the Western ‘community’ going to do ?

I thought this sort of thing was supposed to have been halted by a treaty with the Americans? ??

the yanks got screwed

Too parochial. Where was the rest of the West during these negotiations ? President Obama is indeed very bad news, but the Europeans’ response was…what ?

The Europeans’ response was to ignore the situation and hope it will go away. Aka their usual response to trouble.

obama has head in ass

he though Iran was going to fallow the treaty, when every one knows they wont

I dont think the Iranians care if they breach them or not. We now have Iranian ground troops fighting in Syria with Russian Air Support. They are gaining ground and getting the Russians as allies. I doubt even Israel would step in and do anything in Iran.

What the heck May have breached mean?? Guess because it didn’t have a nuclear warhead and didn’t destroy anything makes a difference?

No worries. US Sec of State Kerry will labor hard to rationalize this, and it won’t even be deemed a technical violation.

Obama will let them off the hook.

Why am I not surprised