The Iranian Navy have reported that 19 sailors have died and 15 others were injured in the tragic incident near the Straits of Hormuz.

The damage can be seen in the below image.

Islamic Republic of #Iran’s Navy confirmed on Monday that 19 servicemen have been martyred and 15 others injured in an incident involving a military vessel in the country’s southern watershttps://t.co/BJsJpo6jIi pic.twitter.com/AWAqdoCSAw

“The vessel was hit after moving a practice target to its destination and not creating enough distance between itself and the target,” said state television online.

The Jamaran (pictured at the top of this article) is lead ship of the Moudge class frigates launched in early 2010. Iran said that the design and building of Jamaran was among the greatest achievements of the Iranian Navy and that the ship’s launch marked a major technological leap for Iran’s naval industries.

The Konorak is pictured below. 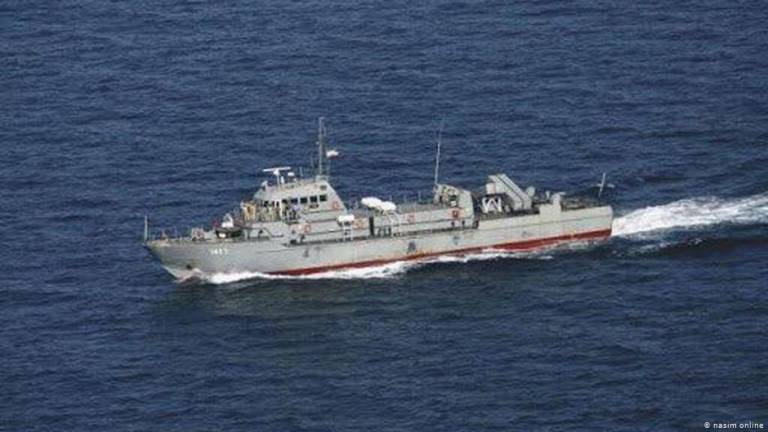 The Konorak is a Hendijan class support vessel, is 47 meters long and was built in the Netherlands. The ship has been in service since 1988 and has missile launch capability.

And people say Iran is a threat ? innocent young men have died due to there utter incompetence.

The picture released by the Iranian government is misleading, Iranian TV has shown footage of the vessel and the entire superstructure has been flattened the length of the ship.

You just hate to see it.

Blind safety got that call wrong. An 802/Noor is, in this form, a dumb missile. Its basically an exocet type missile with a turbojet engine instead of a rocket motor to increase range. You shoot it and then thats it. No Movie style big red button to blow it up . Once its launched its going to keep on going. In a confined and crowed area this is what can happen during a practise shoot if you don’t use a range safety aircraft, safety traces and good command and control. It illustrates why the rules of engagement for things like… Read more »

The 801 was. It had a solid rocket motor
The 802 has a turbo jet engine to increase range instead of the rocket.

I could bang out some funny jokes about this but I won’t, these sailors are servicemen afterall and they died from nothing more than utter incompetence which is tragic. It was interesting though that the tweet from official sources said that they were “Martyrs”….. as if this makes it acceptable. What it does show is that even though the MSM portrays Iran as the big bogeyman, as far as Naval forces go….. they’re not a threat at all really. When your most potent threat at sea is some speedboats, we shouldn’t really worry too much and shouldn’t lose any sleep… Read more »