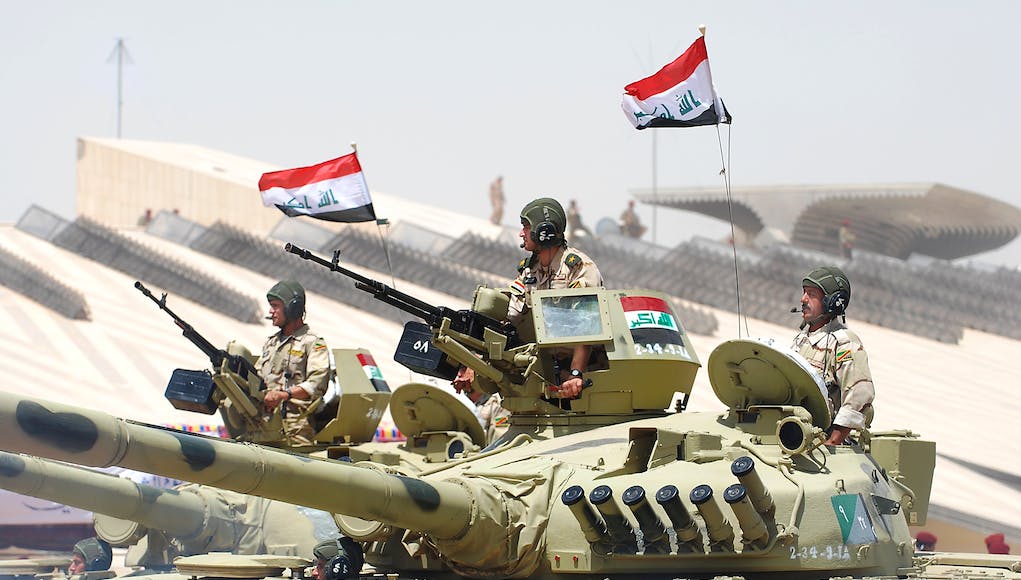 Iraq has announced that its security forces have managed to repel a suicide attack by the Islamic State militants north of Ramadi.

This comes as Iraqi forces advanced on three fronts against the Islamic State group Sunday, flushing out pockets of resistance in and around Baiji and closing in on Ramadi and Hawijah, officers said.

The deputy commander of the Special Operations of the Anti-Terrorism Forces, Brigadier General Abdul Amir al-Khazraji, stated in an interview for IraqiNews.com:

“The suicide bomber driving a booby-trapped armored vehicle tried to bomb the anti-terrorism forces after the liberation of Albu Risha area north of the city of Ramadi. A force from the Anti-Terrorism Forces fired missiles against the booby-trapped vehicle, destroying it and killing the suicide bomber before reaching the forces.”

Where was they before .. against there weak opponents ?