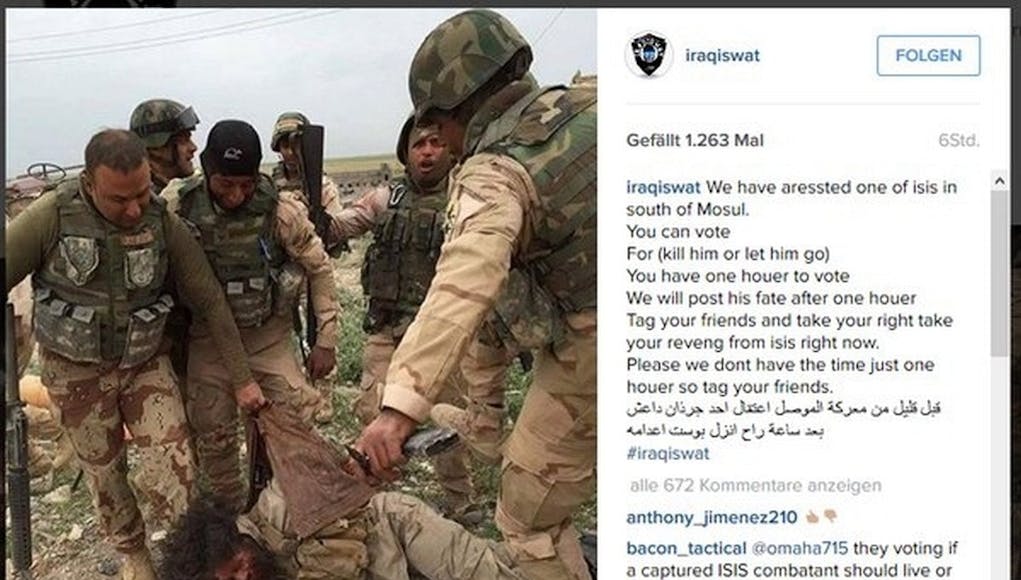 A group of Iraqi soldiers have asked 80,000 of their Instagram followers to decide if captive caught near Mosul lives or dies, before posting the result it has been reported.

The controversial account @iraqiswat, claiming to be the “Iraq Special Operation Force”, posted the image yesterday. The caption described to the account’s more than 80,000 followers that they had an hour to decide whether he was killed or released.

“You can vote For (kill him or let him go) You have one houer to vote We will post his fate after one houer. Tag your friends and take your right take your reveng from isis right now.”

We will not be sharing the result as questions have been raised about the authenticity of the account. The soldiers in the photographs do not wear insignia or rank badges, and the photos of the ‘vote’ and the ‘result’ do not appear geo-tagged or dated.

No prizes for guessing the outcome.

At least its democratic… Right!?

I guess it’s an eye for an eye then

After toppling Sadam and years of teaching Iraq that democracy works….. They are finally listening !!!!!!